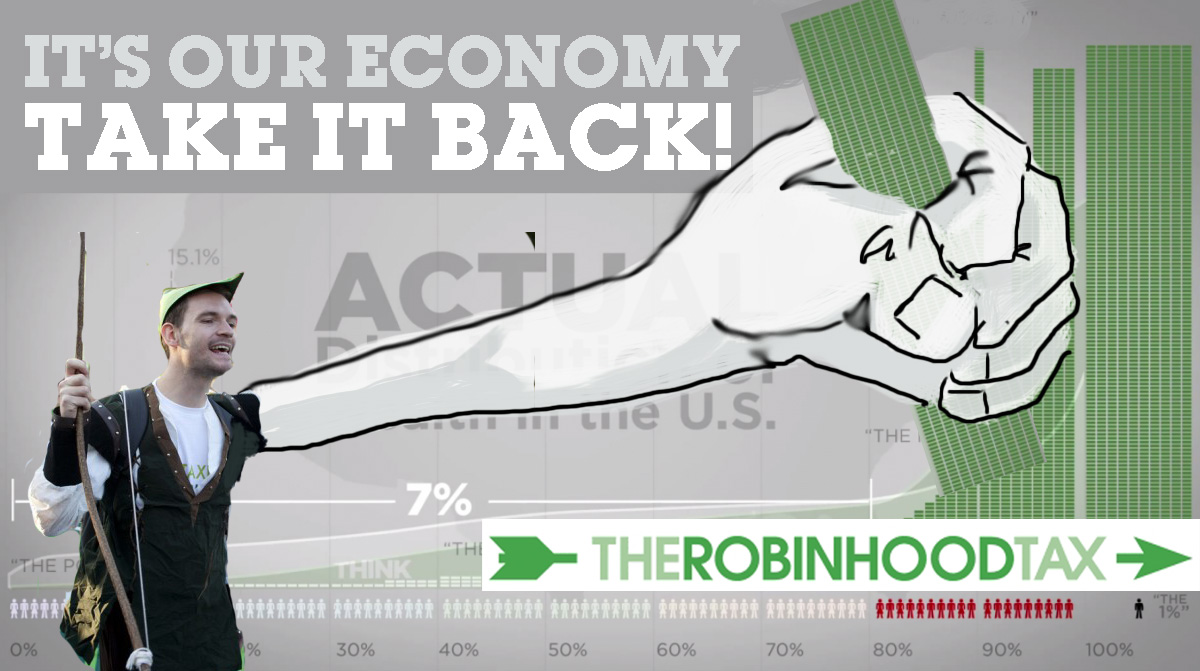 Video: A Robin Hood Tax To Take Back Our Economy

The Robin Hood tax, a small tax of less than ½ of 1% on Wall Street transactions can generate hundreds of billions of dollars each year in the US alone. It is an idea whose impact can be felt globally as well.

German Chancellor Angela Merkel and French President François Hollande reiterated their support for the tax, announcing that they’d like to see the tax implemented before European Parliament elections in late May. And it is not just Germany and France. Nine other countries are also on board. Notably absent from supporting the Robin Hood Tax are the United States and the UK.

A star-studded video produced by the RobinHoodTax.org, imagines a future 10 years after the passage of the Robin Hood Tax.  Robinhoodtax.org is made up of :

“A Nobel Prize-winning economists, former US Vice Presidents and founders of Microsoft. We are Ronald Reagan’s Budget Director, the UN’s Secretary General and the Archbishop of Capetown.

We are union members, nurses, small business owners, community organizers, faith leaders, AIDS activists, environmentalists, movie stars and musicians, and we are part of a global movement of more than 220 million people in 25 countries who are fighting for a Robin Hood Tax – a small tax on Wall Street trades.

We are a force to be reckoned with, and we are demanding justice.”