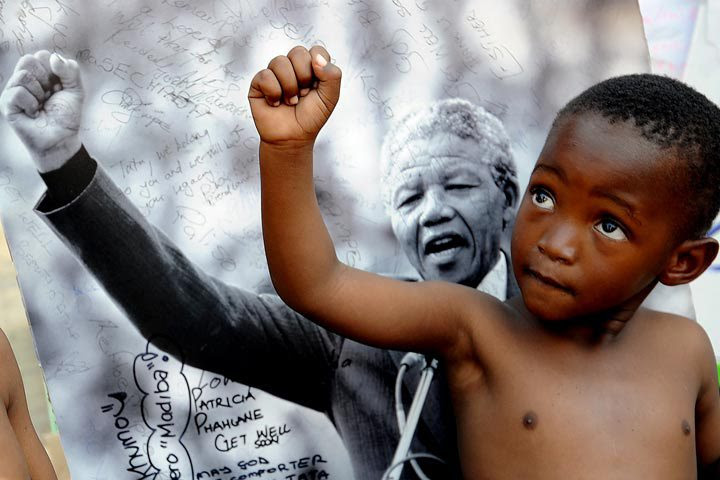 VIDEO: To Honor Nelson Mandela’s Legacy, We Must … (?)

Reflecting on the death of Nelson Mandela, Jerome Roos, writing at Roar magazine states: “The only appropriate way to honor the legacy of the iconic freedom fighter is not to beatify the man but to take his struggle to its logical conclusion.”

The finality of death, combined with the human need for a neat linear narrative, will work against placing Mandela’s impact on a continuum. For, while it may be true that the arc of the moral universe is long, but bends towards justice – that bending is still not happening for too many in South Africa, and the world over.

Does A Globally Renowned Activist Have Ties To Global Intel Firm STRATFOR?
An interview with Carl Gibson, the co-founder of US UNCUT and co-author of the recently published story on Occupy.com that claims that a globally renowned activist whose claim to fame includes being one of the architects of the movement that overthrew Slobodan Milosevic has been collaborating with the intelligence firm Stratfor. Gibson and co-author Steve Horn’s conclusions are not without their critics. Andy Bichlbaum of the Yes Men authored a scathing rebuttal that labeled Horn and Gibson Yellow Journalists.

The Fight For 15
Fast Food workers walked off their jobs in over 100 cities on Thursday, demanding a living wage. The actions were part of a movement to seeking the right to form a union without retaliation and for a $15 an hour wage. Chanting “We can’t survive on $7.25” workers and their allies took to the streets.

What is Up With Iran?
Joel Northam examines the western power’s next formidable boogeyman, Iran. You’ve no doubt heard much about the Islamic State recently in the bourgeois media, as news of the historic P5 + 1 deal regarding Tehran’s nuclear program has made its way through the airwaves, being as it wasn’t that long ago that the west and Iran wouldn’t even share the same breathing space.

The Resistance Report is produced in conjunction with Popular Resistance.org

About Acronym TV
With over 28 thousand subscribers and 33 million video views on youtube alone, Acronym TV is a trusted and growing outlet for movement building news, analysis, interviews and editorial commentary. Creator and host Dennis Trainor, Jr is a writer and activist and directed the critically acclaimed documentary the Occupy Wall Street movement, American Autumn: an Occudoc a new documentary on the Move To Amend Coalition, Legalize Democracy, is set for a  Jan. 2014 release (watch a clip here).

Acronym TV is part of The Young Turks Network, the largest online news show in the world.