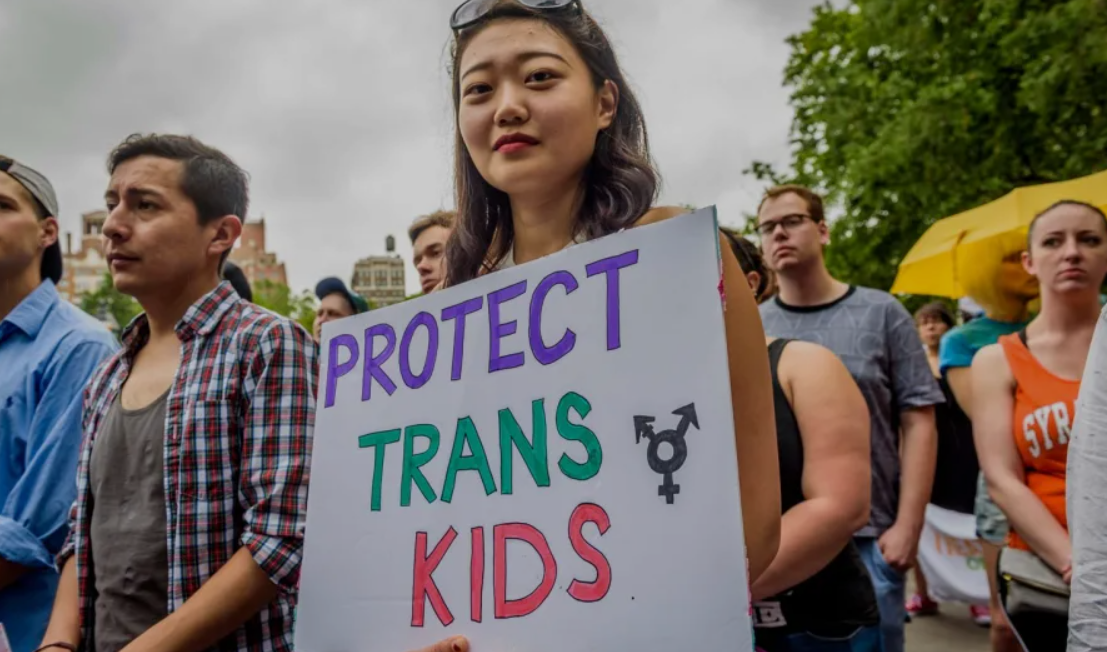 This Trans Day of Visibility, we must be active in the fight against anti-trans legislation proliferating across the country, starting with Arkansas, Alabama, and South Dakota.

On March 3, Missouri father Brandon Boulware begged lawmakers not to pass a bill that would ban his transgender daughter from participation in her dance squad, volleyball, and tennis teams. To date, a video of his testimony shared by the American Civil Liberties Union has impressively drawn more than 7.5 million views. But visibility alone has been no match for the tide of anti-trans legislation introduced over the past three months. The Missouri bill that Boulware testified against is just one of the more than 100 bills introduced around the country targeting trans people’s ability to update our identification documents to accurately reflect our gender, play sports in school, and access health care.

This is why we expanded Trans Day of Visibility, which annually falls on March 31, into Trans Week of Visibility and Action, an effort to mobilize our community and allies against the national wave of anti-trans legislation and rhetoric that attacks and questions our existence. If we don’t put up a coordinated and spirited fight, these bills will devastate the lives of vulnerable youth across the country—and many already have. They will continue to be a threat in the coming weeks, and possibly years to come—which is why we have to start acting now.

First, we’re urging everyone—whether you live in one of the battleground states or not—to learn the details of these horrendous laws. Arkansas, Mississippi, and Tennessee have already passed measures banning trans women and girls from playing sports in accordance with their gender identity. On Monday, South Dakota Governor Kristi Noem issued an executive order to implement a similar sports ban, and the Arkansas Senate voted overwhelmingly in favor of banning trans youth from accessing gender-affirming care. Arkansas’s bill, HB1570, now moves to Governor Hutchinson’s desk and he has only five days to veto the bill or it will become law and youth will immediately lose their health care. And as soon as this week, Alabama lawmakers could vote on HB1/SB10, companion bills that would criminalize providing health care for trans youth up to the age of 19 and force school staff to out any young, potentially trans, person to a parent or guardian.

Though proponents of these sweeping bans claim they are “protecting” children, in reality they’re pushing for government-mandated conversion therapy—forcing youth to live as their assigned sex and deny their trans identity. If they’re implemented and become law, the bills in Arkansas and Alabama will tear life-saving health care away from trans youth. For instance, youth who are on puberty-delaying treatment would likely experience physical effects that cause extreme distress if denied that care. Conversely, we know that when they access this care, they experience a 70 percent decrease in suicidal ideation; stripping it away is equivalent to facilitating suicidal thoughts and action. This legislation goes against the protocols supported by every major medical entity, including the American Academy of Pediatrics, the American Medical Association, and the Endocrine Society.

Along with denying health care to trans youth, banning them from sports also has a detrimental effect on their mental health. As the American Academy of Pediatrics has explained, “playing on sports teams helps youth develop self-esteem, correlates positively with overall mental health, and appears to have a protective effect against suicide.” Banning youth from these opportunities “not only ignore[s] these recommendations [of medical providers], they undermine them.”

We know the fight against these bills sounds daunting, but the discriminatory legislation doesn’t have to be inevitable. Last year, many Americans leaned into the power of political action by taking to the streets in the aftermath of George Floyd’s and Tony McDade’s police killings or by organizing voter turnout. We knew that we couldn’t rest in the fight for our rights and our lives. This is why we’re encouraging our community and allies to contact lawmakers and demand they end these assaults on trans youth.

The politicians pushing this anti-trans legislation are preying on the ignorance of the general public. According to a 2017 Pew poll, only about 40 percent of Americans say they know a transgender person. This likely means they believe they can come after the trans community with little to no resistance. But by encouraging our allies to be bold and vocal against these assaults, we can stop these efforts, show trans people they are supported, and shift the momentum toward justice.

We also must invest in the organizers and organizations on the front lines of this fight in their areas. In Arkansas, InTransitive focuses on community building, immigration support, and violence prevention. South Dakota’s Transformation Project Advocacy Network aims to lessen the isolation of trans youth in the state by educating and supporting them and their families. And the Knights and Orchids Society in Alabama focuses on the economic, educational, and leadership development of Black LGBTQ people.

Though there are bills pending in over a dozen states, including extreme bills in Tennessee, West Virginia, Florida, and Montana, we chose to focus on Alabama, Arkansas, and South Dakota because of how quickly these bills have been moving and how extreme the rhetoric has been attacking trans youth in these states. We hope that by engaging in these fights this week and investing in trans leadership now, we can build momentum to fight the systemic attacks that are continuing and, unfortunately, escalating nationwide.

We are at an inflection point in the fight for trans lives. We are witnessing a broad-based assault on our ability to attend school, access health care, find community, strive for our dreams, and survive. Our visibility can be a tool to build resistance and power, but we can’t win this fight without sustained action and solidarity. Join us as we defend our survival and celebrate not just being seen as trans, but also being respected as humans.

Chase Strangio is a lawyer at the ACLU and has been working to fight against anti-trans bills across the country for the past six years.