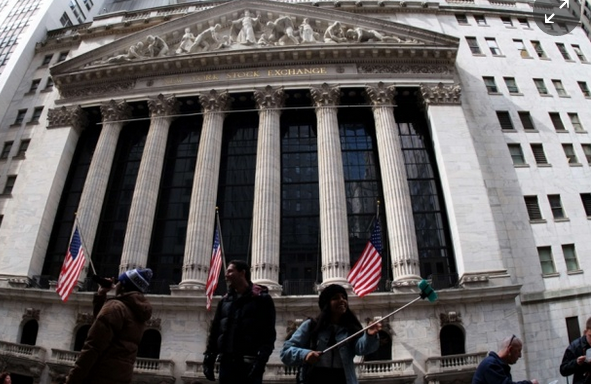 ‘You eat what you kill’

With all the changes that have taken place on Wall Street since the financial crisis hit – the mergers, the new regulations and the lawsuits that continue to take a toll on banks’ bottom lines, not to mention the Federal Reserve’s demands that they continue to prove their health via regular “stress tests” – one thing remains unaltered.

It’s the ritual of the annual bonus check handed out to those lucky folks who have survived the job cuts and who continue to endure the Hobbesian life – nasty, brutish and short – on trading desks and in investment banking groups across Wall Street.

Given the banking industry’s reputation for ruthlessness and its emphasis on the “buyer beware” philosophy, you might expect a difficult environment to be reflected in the size of those bonuses.

Well, not so fast. This is Wall Street, after all.

True, Wall Street’s profits aren’t what they used to be. Pretax profits fell 4.2% in 2014 to $16 billion, according to New York’s office of the state comptroller. If you think that sounds like a relatively modest decline, consider that 2014 profits were 33% below 2012 levels, and a whopping 74% below 2009, when Wall Street posted record results as markets zoomed back to life after the crisis and banks profited from ultra-low asset values and interest rates

But, reflecting the new clout of banks and bankers, bonus payments didn’t dip in response to this decline. Instead, they rose. In fact, it’s the second year in a row that a decline in profitability has been accompanied by a gain in the size of bonus checks. In 2013, to be sure, the contrast was more marked: a 30.1% decline in profitability, and a 15% increase in bonus payments. This year’s gains are more modest: the New York State comptroller, Thomas DiNapoli, announced the average bonus would edge up only 2%.

Of course, here’s where the fun and games start on Wall Street. Bonuses don’t come out of a bank’s profits, but out of its revenues. It’s only folks like you and I – and, one would hope, at least some of the investors – who might want to take a look at these numbers and tie them to profits. Because what good is it rewarding employees for bringing revenue through the door if it isn’t profitable revenue?

This year, bonus payouts will amount to a whopping 170% of the profits reported by New York stock exchange member firms – profits that continue to be eroded by legal settlements and regulatory expenses. Back in 2009, that figure was slightly more than 36% of profits, and it has crept steadily higher.

Wall Street prefers to look at bonus payouts as a function of revenue. Even so, that still means that banks like JP Morgan Chase, Goldman Sachs and Morgan Stanley are handing over about 40 to 50 cents out of every dollar of revenue they generate every year in bonuses. The argument is that they need to do this to keep their top performers in place, and to provide them with an incentive to keep bringing in more revenue. “You eat what you kill” is the motto on many a trading desk.

But the soul-searching of even a few years ago, prompted by some unpleasantly low profits in 2011 and market turmoil that year and in 2012 – not to mention the Occupy Wall Street movement – seems to have dissipated. Both stock and bond markets remain relatively robust. And while the populists may howl, the bankers’ Republican allies are, for now, in the driver’s seat in Congress. Even Elizabeth Warren, the bank-bashing Democratic senator from Massachusetts, is keeping fewer denizens of Wall Street awake at night; they appear less anxious that she might challenge Hillary Clinton for her party’s presidential nomination. Wall Street’s confidence is on the rise again. So is it all that surprising that bonuses are on the rise too?

The problem, of course, is that if anything, Wall Street should be becoming more cautious. Investors have created a bubble in parts of the bond market thanks to ultra-low interest rates, and it has sparked a craving for any securities that will generate a steady stream of income. Bankers have earned big bonuses for helping to foster this: for feeding the bubble by issuing more and more junk bonds, even as the safety level of those below investment-grade securities deteriorates.

There are two arguments that you’ll hear from Wall Street. First, that bonuses are big because base pay is low. Secondly, they’ll tell you that they need to fork over the big bucks in order to hang on to talent, because if they don’t, hedge funds are just waiting to snap up promising young traders and bankers. Both arguments are flawed.

True, there are a lot of hedge funds out there – some 8,377 at last count – and they pulled in more new capital last year than they have since 2007. But they’ve turned some pretty lousy performance figures, especially when compared to the healthy stock market returns: the Barclay Hedge Fund Index eked out a 2.88% gain last year, and while its 2013 return was a more impressive 11.12%, that was chicken feed compared to the 29.6% return recorded by the Standard & Poor’s 500 stock index. That means that hedge fund managers can’t charge the kinds of feesthat they once did, and so have less money available to woo traders and analysts away from what are (let’s face it) more stable jobs at big Wall Street firms.

Then, too, a Wall Street banker’s base pay just isn’t low. It only feels low if you happen to work on Wall Street. If you’re starting out, right out of college, you’ll be making about $85,000, after a wave of raises announced last year. True, that doesn’t compare to the median salary of about $140,000 for a first-year lawyer – but then a lawyer has had several years of law school on top of his or her college education.

And let’s take a glance at that bonus figure: $172,860. While not a record (before the financial crisis, the average bonus peaked at $225,000 in today’s dollars), it’s still equivalent to three times the American median income. With that much loot in his pocket, a banker could spend July hanging out at a luxury Hamptons retreatand still afford the private school tuition for little Mitzi in September.

The biggest question of all is whether Wall Street’s investors are going to sit idly by as a greater percentage of profits that belong to them flow out the doors to the banks’ employees, who are taking just as much risk as they ever did, but not producing as much for that bottom line. Until now, they have been oddly passive on the compensation question, but at some point, the banks won’t be able to cost-cut their way to profitability any more, or risk-taking will backfire, as it did in theLondon Whale debacle at JP Morgan Chase. When that happens, maybe the bonus gravy train will finally stop running.