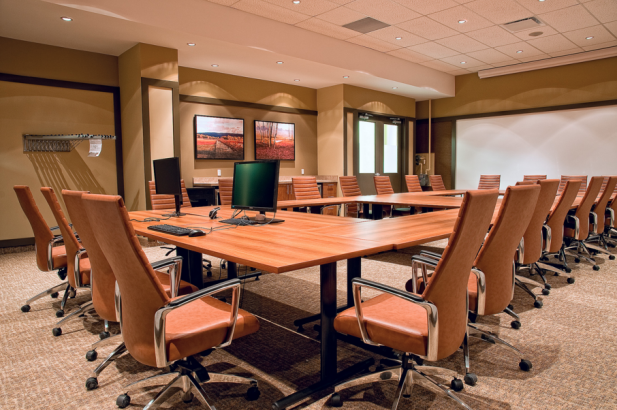 Above Photo: An empty board room with a large meeting table surrounded by executive office chairs. (Flickr / reynermedia)

While there has traditionally been a close relationship between Wall Street donors and nonprofit organizations like charities and universities, a new study from the Stanford Social Innovation Review (SSIR) reveals a growing Wall Street takeover of nonprofit boards of directors.

Using data from what are referred to in the study as major private research universities, elite small liberal arts colleges, and prominent New York City cultural and health institutions, SSIR calculates that “[T]he percentage of people from finance on the boards virtually doubled at all three types of nonprofits between 1989 and 2014.”

But the banksters are not content to just donate to the nonprofit organizations, financial service industry executives are taking positions of influence and control. As one might expect, the vision Wall Street players have of and for the world often clashes with the preexisting culture within those organizations. The most pronounced conflict, according to SSIR, is the effort to make nonprofits more like businesses:

As financiers come to dominate the boards of leading nonprofits, it is not surprising that their approaches and priorities have made their way, very explicitly and fundamentally, into the governance of the nonprofit sector … Nonprofit leaders regularly hear about these finance practices from board members and donors whose native habitat is the financial services world. Moreover, nonprofit managers have come to accept them as reasonable principles upon which donors base their giving …

Numerous critics have written thoughtfully about the ways in which market-based thinking and approaches applied to the nonprofit sector provide false promise, with the potential to dilute charitable values, undermine long-term mission focus, incentivize small, incremental goals, and threaten shared governance and other forms of participatory problem-solving.