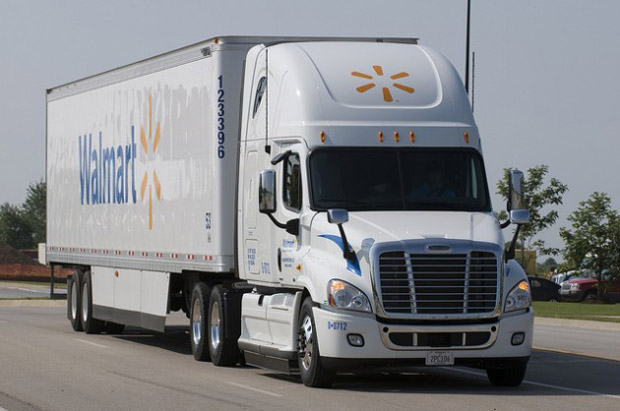 A contractor that runs warehouses for Walmart has agreed to pay $4.7 million to settle allegations that it cheated workers out of wages, according to documents filed in federal court in California.

A group of warehouse workers accused Schneider Logistics, which operates a major Walmart distribution center in Mira Loma, Calif., of failing to pay them for overtime and illegally deducting wages from their paychecks, among other claims. Schneider will not admit fault under the settlement, but it will dish out millions of dollars to as many as 568 workers who handled Walmart goods at the warehouse. A judge granted preliminary approval of the settlement last week.

A lawyer for the workers, Lauren Teukolsky, said she couldn’t speak about the case under the terms of the settlement. A Schneider spokeswoman said the company could not comment until Wednesday.

Walmart spokesman Kory Lundberg noted that none of the workers were employed directly by Walmart. He said the retailer has taken steps to ensure its contractors treat their employees fairly.

“We’ve developed a program where we do independent audits of each of our third-party-run warehouses, to make sure they’re following all aspects of law,” Lundberg said. “We’ve been doing that nearly a year now. The goal of those audits to help ensure that they’re providing for the safety and well-being of those workers, and wage-and-hour and payroll information is part of that.”

Guadalupe Palma, the director of Warehouse Workers United, a union-backed advocacy group in Southern California, said in a statement that the settlement would help workers recoup “stolen wages owed to them for years of honest work.”

The lawsuit against Schneider was filed by Franklin Quezada, Elizabeth Gutierrez and Victor Ramirez in March 2012. In their complaint, the workers said Schneider implemented an “alternative” scheduling system in 2008 that effectively cut them out of overtime pay, an arrangement they called “an unlawful scheme.” According to the suit, the company had workers sign waivers saying they would forgo meal breaks that they were entitled to under the law.

“Through these employment practices, Schneider has stolen, and continues to steal, thousands of dollars in wages, including overtime premiums, from its employees,” the complaint stated.

In court filings, Quezada said his schedule became erratic after Schneider implemented the new system, which was based on a work week of four 10-hour days. He claimed that he didn’t understand his right to meal breaks under the law, and that he was pressured to sign forms waiving those rights. The forms were in English; Quezada said he can only read Spanish.

Walmart was not named as a defendant. The lawsuit noted that “Schneider operates the warehouses on behalf of Walmart,” and the plaintiffs “spend their workdays filling orders and moving boxes of goods destined for Wal-Mart distribution centers and stores throughout the United States.”

As HuffPost reported in 2011, Walmart’s distribution hubs in Southern California and Illinois operate under a subcontracting arrangement. Schneider effectively runs the facilities for Walmart, but staffs them in part through temporary labor firms.

Several wage-and-hour lawsuits have been filed against Schneider and the staffing agencies, and labor groups have made a target out of Walmart and its contractors in pushing for better wages and benefits in the logistics industry. Although Walmart does not directly employ workers in these facilities, the workers and their advocates argue that the world’s largest retailer essentially sets the working conditions through its contracting power with companies like Schneider.

In another lawsuit against Schneider, filed by Everardo Castillo, workers claim they’ve been regularly shorted on their paychecks, forced to work in dangerously hot conditions and threatened with their jobs when they’ve complained. A federal judge ruled earlier this year that Walmart could be sued as a “joint employer” in that case, which is still pending.