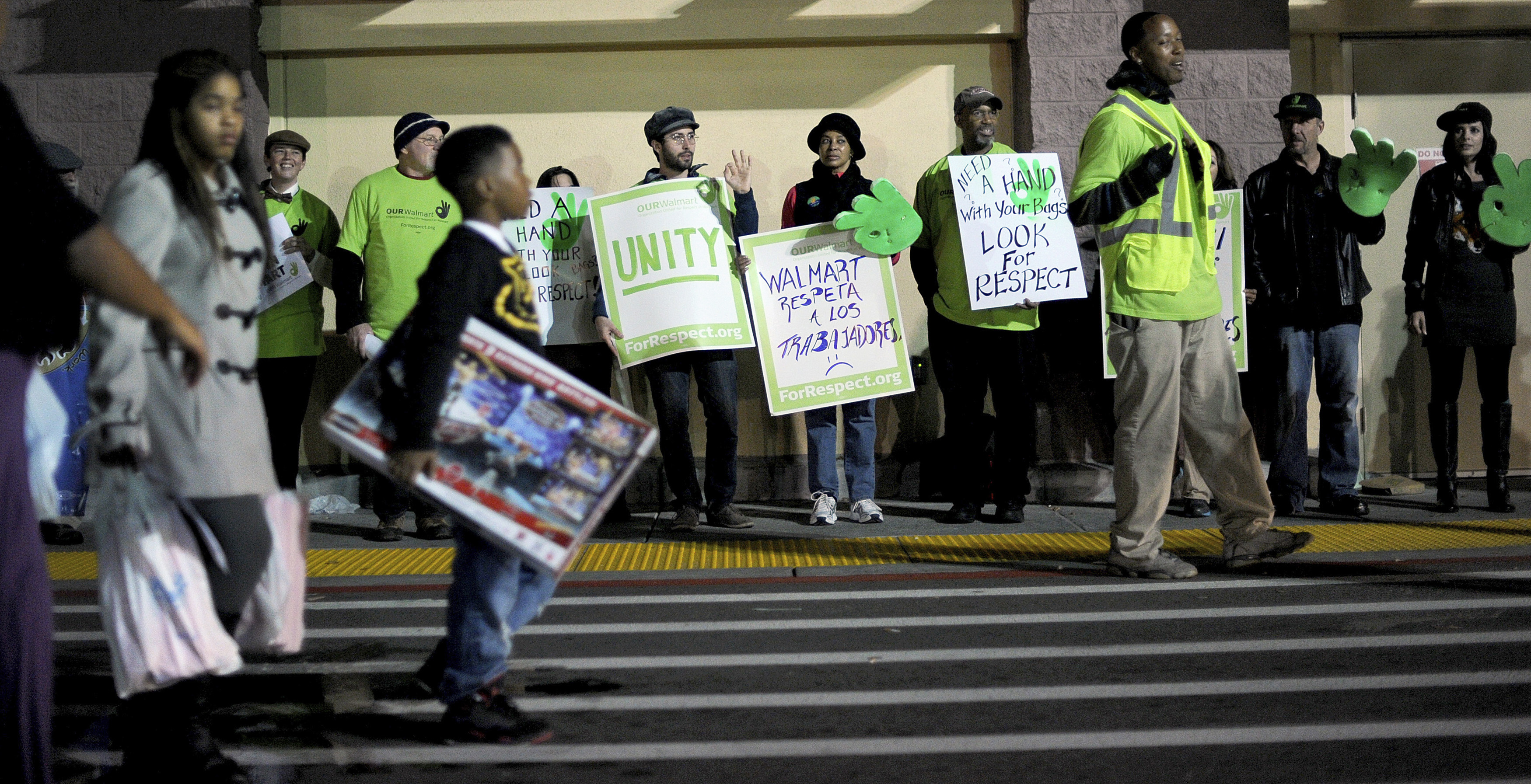 As Black Friday approaches Americans from all over the country are preparing to protest the horrendous labor practices of some of the world’s largest corporations – including its largest retailer, Walmart. Walmart uses slave labor from around the world in places like Bangladesh as well as forcing American taxpayers to subsidize their employees’ food and medical needs. Though the company does help employees get food for Thanksgiving meals – from other employees. I guess that’s compassionate conservatism?

But Walmart is striking back with support of a group called Work Center Watch that targets Black Friday protesters in an PR campaign denoted as “Black Lieday.” Who registered the group? The firm once head of lobbying for Walmart which is led by a former Walmart Executive.

The firm is led by Joseph Kefauver, formerly the president of public affairs for Walmart and government relations director for Darden Restaurants. Throughout the year, Parquet executives have toured the country, giving lectures to business groups on how to combat the rise of what has been called “alt-labor.” At a presentation in October for the National Retail Federation, a trade group for companies like Nordstrom and Nike, Kefauver’s presentation listed protections against wage theft, a good minimum wage and mandated paid time off as the type of legislative demands influenced by the worker center protesters.

Then again is anyone surprised Walmart is behind a smear campaign against their workers? They let them die in ramshackle factories overseas and parasitically drive them into public poverty programs at home. Walmart doesn’t care about its workers, which is why they need a union.

Despite Walmart’s dirty tactics protests on this Black Friday are expected to be big. As there is little to no signs of economic improvement thanks to corporatist policies from Washington, many Walmart, McDonalds, and other workers will need to achieve living wages in their current jobs and are taking to the picket line to raise their voices.

For more information on Black Friday protests check out OUR Walmart.