Since we published “Regime Change Fails: Is a Military Coup or Invasion Next,” we received more information showing steps toward preparing for a potential military attack on Venezuela. Stopping this war needs to become a top priority for the peace movement.

Black Alliance for Peace (BAP) published a newsletter that reported “troubling news of an impending military assault on the sovereign nation of Venezuela by states and forces allied with the United States.” Ajamu Baraka, the director, said the US is concerned that President Maduro will win the April 22 election, which would mean six more years in office. BAP urges people to include “No War On Venezuela” in actions being planned from February 16-23 for the 115th anniversary of the United States occupying Guantanamo. 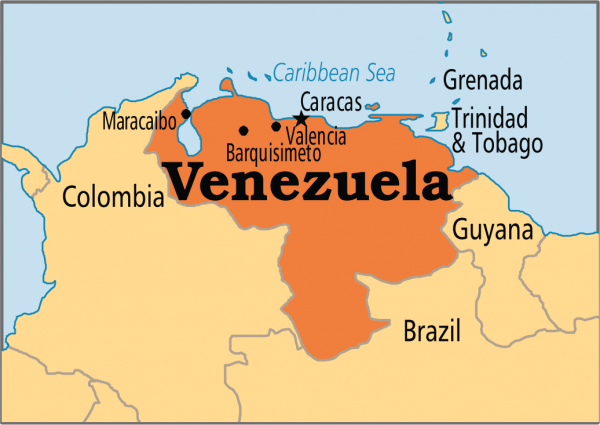 Is the Path to War Through Border Disputes?

One way to start a war would be a cross-border dispute between Venezuela and Colombia, Brazil or Guyana. On February 12, the Maritime Herald reported that Admiral Kurt Tidd, head of the US Southern Command, arrived in Colombia just two days after the US Secretary of State Rex Tillerson met with President Juan Manuel Santos as part of Tillerson’s unprecedented regime change tour. Tidd met with Colombian Defense Minister Luis Carlos Villegas and other senior officials to coordinate efforts around “regional stability” with a focus on Venezuela.

The Maritime Herald also reports US troops coming to Colombian military bases, paramilitaries coming to Colombian towns along the Venezuelan border, plans for “a joint naval force between the United States, Colombia and Mexico,” and arrival of a contingent of 415 members of the United States Air Force to Panama to create support and logistics points for the operation against Venezuela. Also important are two fast-acting US military bases installed in the communities of Vichada and Leticia, Colombia, bordering Venezuela.

Both Colombia and Brazil have deployed more troops to their borders with Venezuela. Colombian President Santos ordered “the deployment of 3000 additional security personnel to the Venezuelan border. This figure included 2,120 more soldiers.” The decision came the day before officials from the US Southern Command met in Colombia to “discuss security cooperation.” Brazil also announced plans to “double its border patrols on the Venezuelan frontier.” The excuse for these increased deployments was due to Venezuelan migrants crossing the border into Colombia and Brazil.

To calm these concerns, President Maduro called for a meeting between Venezuelan authorities and Colombia over security concerns along their border. The Colombian government estimates that 450,000 Venezuelan migrants have entered the country in the last 18 months.  Maduro said that official numbers did not equate to a “massive exodus” and reminded Colombia that during the Colombian civil war with the FARC, 5.6 million Colombians crossed the border to make Venezuela their home.

The corporate intelligence firm, Stratfor, which works closely with the US government, recently published a report that could be laying the groundwork for a border dispute. Stratfor wrote that Brazilian intelligence officials are goinging to meet with Guyana’s officials to warn them that Venezuela is planning to attack Guyana. There is a long-term dispute over land between Venezuela and Guyana that is being litigated before the International Court of Justice. The report includes a questionable claim that there is an “ongoing dialogue with the Trump administration over the terms of President Nicolas Maduro and his party’s departure from power.” The reality is that President Maduro is preparing for the April election.

In response to these actions, President Maduro announced the Venezuelan armed forces will carry out military exercises on February 24 and 25 in “defense” of the nation to fine tune the movement of “tanks, missiles and helicopters as part of the nation’s defense strategy.” 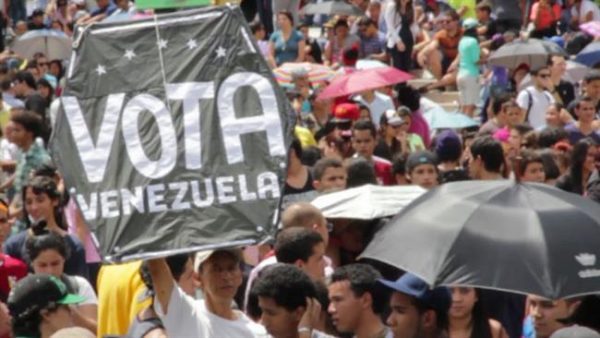 The opposition in Venezuela has been seeking presidential elections since 2016 when they presented a petition for the recall of President Maduro. They claimed to collect enough signatures, but there were allegations of voter fraud, including thousands of dead people’s names listed on the petitions.

Violent protests followed rejection of the petition and Henrique Capriles set a deadline for an election in November 2016, threatening larger protests. On November 1, opposition leader Henry Ramos, the head of the national assembly, announced cancellation of the protests.  The opposition still pressed for an election. The government announced a special election to be held in February or March of 2018.

Now,  Foreign Minister Jorge Arreaza announced, “We have a date for the presidential election, which is the date proposed by the opposition, April 22. Furthermore, we have the electoral guarantees proposed by the opposition, so we are going to the elections and the Venezuelan people will decide their future with democracy and votes.” Officials of the Dominican Republic observers guaranteeing the legitimacy of the elections. Venezuela will invite the United Nations and others to also serve as observers. Despite this, the United States and members of the right wing Lima Group of US allies, say they will not recognize the elections. 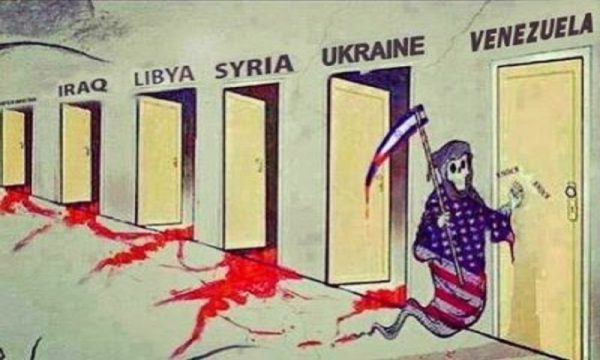 Does the Trump Administration Want War to “Unify the Country”

President Trump’s divisive presidency has left him unpopular in the polls. Hours before his State of the Union speech, Trump told television news anchors, “I would love to be able to bring back our country into a great form of unity. Without a major event where people pull together, that’s hard to do. But I would like to do it without that major event because usually that major event is not a good thing.”

We hope President Trump is not looking at the increase in public support that President George W. Bush received after he attacked Iraq as a model for his administration. Instead, he should remember President Lyndon Johnson being driven from office after his landslide election because of the Vietnam war.

The Trump administration has failed in its attempts to instigate war with North Korea and Iran. The terrible diplomatic performance of Vice President Pence at the Olympic games, where the two Koreas began to make progress toward peace and unification, puts the US in a weaker position to threaten North Korea. President Kim invited President Moon to North Korea to continue peace talks. Now there is rising hope for an agreement between the two Koreas.

Similarly, the protests in Iran, which the US may have encouraged, fizzled. When the US brought the protests to the UN Security Council and used them to call for action against Iran, the US was isolated. Countries asked whether the UN should have taken action against the US after the protests in Ferguson over the police killing of Michael Brown. The protests also exposed massive US spending to create opposition to the government in Iran, as well as coordination with Israel. 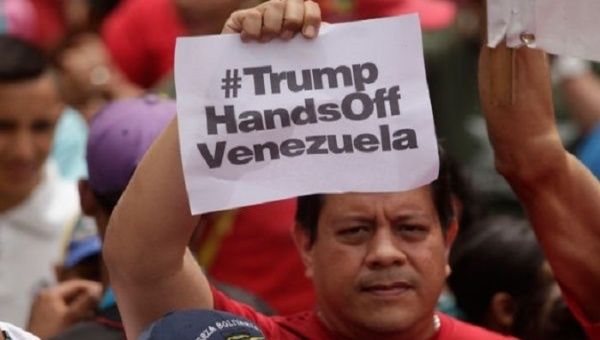 Stopping the US Attack on Venezuela

In addition, economic sanctions have pushed Venezuela to have closer relations with Russia and China to circumvent US sanctions.  The US does not want these global rivals in what it has considered it’s backyard since the Monroe Doctrine.

Finally, the US is concerned with Venezuela’s new cryptocurrency, which will launch within days and be backed by 5.3 billion barrels of oil worth $267 billion. The cryptocurrency is a bid to offset Venezuela’s deep financial crisis. This threatens US economic domination.

We must expose the reasons for increasing US aggression towards Venezuela and work to counter misinformation in the media that is attempting to build support for a military conflict with Venezuela. Here are actions you can take:

Let’s stop this next war before it begins!