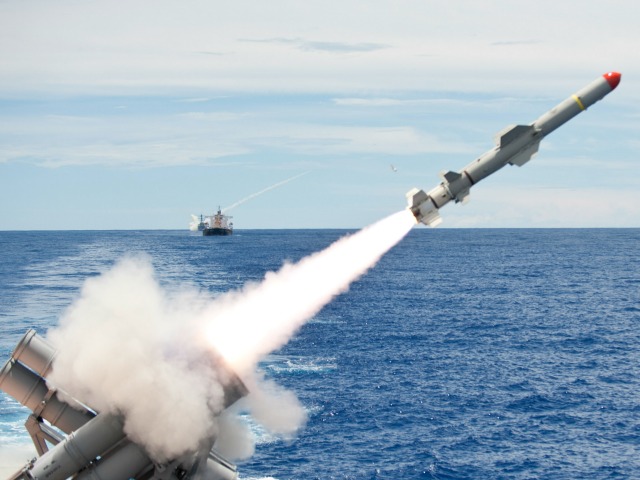 War With Syria and its Repercussions

Above: The United States has been talking about attacking Syria with cruise missiles.

Iran, Syria and Hezbollah have threatened to retaliate against Israel and other U.S. allies in the Middle East in the event of a US attack on Syria. Iranian President Hassan Rouhani said western military action against Syria would be an “open violation” of international laws; further, “military action will bring great costs for the region.” Gen. Mohammad Ali Jafari, chief of Iran’s powerful Revolutionary Guards, told the Tasnim news website, that an attack on Syria “means the immediate destruction of Israel.”

A U.S. invasion of Syria could be the first war based on a Youtube video.  After a video was released showing victims of an alleged chemical weapons attack, England immediately declared the Syrian government responsible, while Obama began drawing up military plans, saying there was “little doubt” the Syrian Government was at fault (zero evidence currently exists to suggest this). An extra U.S. warship has already been deployed in response.

Instead of responsibly waiting for the UN chemical weapons team — which is already in Syria — to investigate the incident, the Obama administration has already stated that such an investigation is “too late to be credible,” because:

“The evidence available has been significantly corrupted as a result of the regime’s persistent shelling and other intentional actions over the last five days.”

Of course, this is for the UN to decide. The Obama administration is already creating a justification for war that circumvents the UN, like Bush before him.

Americans are well versed with this type of deceitful warmongering, since Bush Jr. spewed the same nonsense in his quest to invade Iraq: making up lies, skewing facts, accusing without evidence, etc.

Obama quickly forgot that he already lost all credibility in Syria after previously having accused the Syrian Government of a chemical weapons attack, an attack that UN investigator Carla del Ponte blamed on the U.S.-backed rebels, who receive money, guns, training, and media and diplomatic promotion from Obama.

By now, most people understand that Obama’s rebels are dominated by Islamic extremists aiming to transform Syria into a fundamentalist version of an Islamic State, which would likely mimic the despicable totalitarian dictatorships of Saudi Arabia and Qatar, who are also giving massive aid to the rebels.

Of course Assad would have no motive to launch a massive chemical weapons attack just miles from where the UN is currently investigating the previous attack, especially when Assad is handily defeating Obama’s rebels using conventional weaponry. Obama’s rebels are the only ones who would benefit from such an attack.

Ultimately, we’ll have to wait to see what the UN says about the recent attacks, assuming they are given the time to do a proper investigation.  But following in Bush, Jr.’s footsteps, Obama looks poised to do his own investigation, using his own “evidence,” and then acting as judge, jury and executioner.

For example, the Guardian newspaper reported that there is a “summit” in Jordan this week, likely to be attended by the U.S. and its allies to decide what to do next in Syria. The Guardian ominously reported that the U.S. is already collecting its own “evidence,” no doubt to be used as a justification for war that avoids the pesky UN:

“Biological samples taken from victims and survivors of the attack have now been passed to western officials [U.S. and allies] in Jordan after having been smuggled out of Syria over the past 72 hours. Unmarked questionnaires have been distributed to officials in the three most affected communities, asking for forensic and environmental details, as well as for organ tissue and clothing worn by victims.”

So the U.S. and its allies are using their own “evidence” and will come to their own conclusions, likely much faster than the UN is able to investigate. Obama will then say that Syria poses an “immediate threat” and that there is no time for the UN to investigate. It’s sadly predictable; we’ve seen it all before.

Of course, the Obama administration and its anti-Syrian allies cannot act as an objective party in this matter, since they have been directly backing the Syrian rebels.   Nor can Obama be trusted that his “evidence” that was “smuggled” out of Syria is any evidence at all.  Again, this is why there is the UN: to perform an impartial investigation.   Even if there were evidence of a chemical weapons attack — which looks likely — such evidence doesn’t say who launched the attack, which, of course, is the key issue.

Why would Obama risk directly entering the Syria maelstrom at this point? Several reasons:

1) Assad is winning the war against Obama’s Islamic extremist rebels.  Bombing Assad will thus give the rebels a boost, extending the war (assuming there is not a full US invasion).

2) Obama has invested much political capital into the conflict; if he backs out now, he loses political credibility domestically and internationally.  When a U.S. president doesn’t back up his threats, he looks weak; and “projected strength” is now a backbone of U.S. foreign policy, which keeps weaker nations aligned and “rival” nations submissive.

4) Most importantly, the landscape of the Middle East is changing fast, and U.S. influence in the region is quickly deteriorating. An action in Syria will remind the region that the U.S. is intent on staying, and that its threats are to be respected. Obama will not simply preside over a dying empire; he must go “all in” to secure U.S. “national interests” in the region.

For these reasons and others Obama seems intent on going to war with Syria, although it won’t be called a war. Obama will say that he’s declaring a “no fly zone” over parts of Syria to provide a “humanitarian corridor” for refugees, which requires that he destroy the Syrian air force, ground to air weaponry, and other military facilities, i.e., war.

These plans have already been mapped out by the U.S. military, and to make matters even more imminent, the Obama administration is dabbling with a “legal justification” for waging what would be, by definition, an illegal war (any war not approved by the UN is de facto illegal).

Because a war on Syria would be illegal, Obama’s “legal” justification will be  —according to an unnamed “White House official” — based on Bill Clinton’s illegal war against Yugoslavia. The New York Times reports:

“It’s a step too far to say we’re [the Obama administration] drawing up legal justifications for an action [against Syria], given that the president hasn’t made a decision,” said the [White House] official, who spoke on the condition of anonymity to discuss the deliberations. “But Kosovo, of course, is a precedent of something that is perhaps similar.”

Kosovo is being picked as a legal precedent because it was considered the last “good war” that the U.S. waged. But as Diane Johnston explains in her excellent book, Fools Crusade, the U.S.-led NATO war against Yugoslavia was a war of aggression based on the very false premise of “humanitarian intervention.” The many lies that were generated to “liberate” Slovenia, Croatia, and Kosovo from Yugoslavia are now being copied and pasted onto Syria.

Obama has not told Americans about the potential ramifications that war with Syria could produce. For example, Iran’s military chief recently promised “harsh consequences” if the U.S. intervened militarily; Russia too is strongly backing the Syrian regime and could easily be drawn into any conflict. Israel is already involved in Syria’s conflict, having made several bombing missions this year. At the same time new massive shipments of arms have made their way to the Syrian rebels, possibly in time for a U.S. “no fly zone.”

The whole region is a smoldering tinderbox, and Obama seems intent on pouring fuel on the flames. The many Americans who thought that such a war was impossible will have to think again.  And although Obama will hide the war behind a Bush-like “coalition” of Europe, Arab and Israeli allies, the U.S. will be leading this puppet coalition while pushing an already unstable Middle East into full fledged regional chaos, which could instantly take on an international character.
Shamus Cooke is a social service worker and an elected officer of SEIU 503. He can be reached at shamuscooke@gmail.com