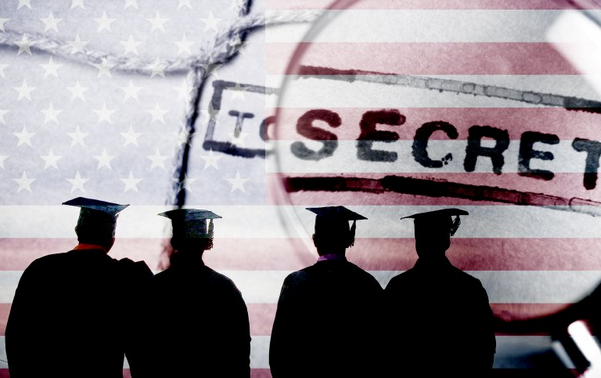 In 1963, I was a 20-year-old college senior who’d never been out of the country. With parents of modest means, summers meant working for spare cash, not backpacking through Europe or lounging on the beaches of Majorca. So when an invitation came to spend a month traveling through Southeast Asia as part of a student delegation, I leapt at the chance.

We’d be traveling under the banner of the U.S. National Student Association, a confederation of more than 300 colleges and universities across the country, and one whose liberal positions on civil rights and foreign policy had made it a target of a concerted conservative assault. (William F. Buckley’s Young Americans for Freedom was constantly urging student governments to disaffiliate). More significant, NSA (the student group, not the National Security Agency) was, I knew, a proudly independent organization, neither speaking for, nor subservient to, the U.S government—a sharp contrast with organizations like the International Union of Students, a Prague-based wholly-owned subsidiary of the Soviet Union. Indeed, the NSA gave rhetorical and financial support to dissident student groups in Asia, Africa, and Latin America, fighting repressive governments supported by official U.S. policy.

So for 30 days, a dozen of us traveled to Hong Kong, the Philippines, Indonesia, Singapore, and Malaysia. We met with government officials, got briefings from officials at various American embassies, and had conversations with fellow students that stretched far into the night. On one occasion, in Manila, we met a close friend of the son of then-Philippine President Macapagal, who was clearly well to the left of the government. As we did throughout the trip, my fellow Americans and I wrote extensive memos about who we met and what we talked about, and mailed them to NSA headquarters in Philadelphia. It was, I knew, another way of establishing links between our independent student group and young compatriots all over the world.

And little more than three years later, I learned that I had been an unwitting part of a worldwide lie…and that there was at least a plausible chance that I had helped put that young Filipino’s liberty, and maybe life, in danger.

In March 1967, a disaffected NSA staffer revealed the truth: that ever since 1950, the NSA, along with a host of student and youth groups around the world, had been funded by the Central Intelligence Agency. A series of dummy foundations set up by the agency funneled money into existing foundations, which in turn dispatched funds to the NSA for travel grants, scholarships for foreign students, and monies for international student organizations that competed with Soviet-run groups for “the hearts and minds” of students who—it was assumed with good reason—would wind up leading their nations.

Each year, the newly elected president and international affairs vice present of the NSA would be invited to a meeting and asked to sign national security agreements—violating its terms could have subjected them to 20 years in prison. That’s when they were made “witty” or “witting”—that is, told of the source of much of the NSA’s funding. A cadre of ex-NSA leaders, some of them working for foundations, some working for students and youth groups, some working directly for the CIA, ensured that the broad parameters of American interests were not breached.

The CIA also provided funds for a group of young Americans to attend the Soviet-run World Youth Festivals, and provide a counterpoint to the relentless propaganda. One of the most effective participants was future feminist icon Gloria Steinem, who knew where the money was coming from and had no qualms (“I’d do it again,” she said later).

But if in fact the NSA was directly linked to the CIA … then how certain could I be that my notes did not find their way to Langley?

The story is told in a fascinating new book, Patriotic Betrayal, by Karen Paget, who with her ex-husband was a “witting” NSA staffer. The book’s findings are summarized in a New Yorker piece by Louis Menand.

When the CIA-NSA connection was exposed, a defense of the connection was built on the argument that it was, in fact, a way of  circumventing the narrow approach to foreign policy taken by the State Department and by many in the Congress. It would have been impossible for Foreign Service officials to reach out to young activists fighting their governments; only a secret source of funding, channeled to groups credibly independent of the U.S. government, could stay in touch with dissidents who might someday come to power, instead of leaving them to the blandishments of Moscow. Only a credibly independent organization could counter the massive propaganda operations of the Soviet Union, which was actively trolling for allies at a time when governments positioning themselves as “neutral” met with the contempt of congressional leaders and high officials like Eisenhower’s Secretary of State John Foster Dulles.

This was not an outrageous view. During the Cold War days, some of the most ardent foes of Soviet expansion were liberals, leftists, socialists, and one-world advocates. And it wasn’t as if the CIA money kept the NSA from taking positions—on apartheid, on nuclear testing, on Vietnam—distinctly at odds with official government policy. (On my first day at work in the Senate office of Robert F. Kennedy, I got into a short squabble with my brand new boss. Kennedy said groups like the NSA provided the only way for the government to understand the new forces of nationalism that were challenging established hierarchies. I argued that it was fundamentally deceitful and hypocritical: We were claiming to be the independent, self-supported voice of students, and we weren’t.)

The far more serious issue, however, is rooted in those conversations my “fellow travelers” to Southeast Asia and I had with that dissident Filipino student. In my cluelessness, I assumed that my detailed reports were either read by NSA international affairs staffers, or slipped into file cabinets at the Philadelphia headquarters. But if in fact the NSA was directly linked to the CIA—supervised by “Covert Action Group #5” within agency headquarters—then how certain could I be that my notes did not find their way to Langley? And from there to a station chief—who might have slipped that name to a police official in Manila?

As Karen Paget’s book reveals, I am not the only one with such concerns. Stephen Robbins, who as NSA president in the mid-1960s first struggled to sever the financial link to the CIA, says, “It’s South Africa that keeps me up at night.” The NSA was deeply supportive of anti-apartheid groups, and the South African white government was deeply interested in finding and arresting opponents of the regime. Another ex-president (and CIA staffer), Ed Garvey, reflecting on NSA’s backing of anti-Shah students in Teheran, asks, “My God, did we finger people for the Shah?” Two other CIA career officers found themselves stunned by the possibility of such information sharing, both telling Paget, “I never thought about it.”