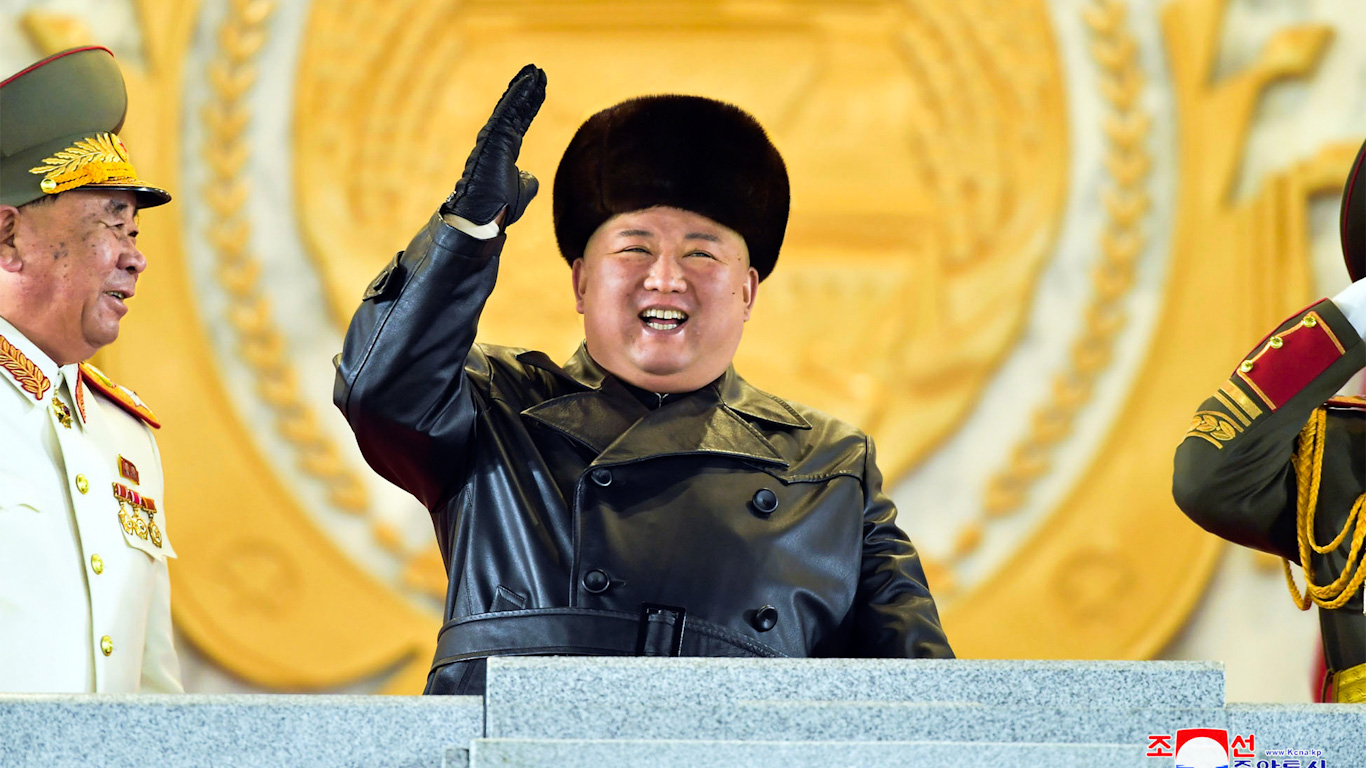 The Post has a long and sordid history of relying on think tanks funded by weapons makers and other dark money interests to push for war.

“North Korea appears to be taking steps toward a new test of a powerful submarine-launched missile, U.S. weapons experts said, as it steadily dials up the pressure on President-elect Joe Biden,” it wrote, suggesting that the Supreme Leader is, “planning a very different fireworks display to greet the incoming U.S. president.”

One of the weapons experts the story relies upon is Michael Elleman, a director at the hawkish and secretive think tank, the International Institute for Strategic Studies (IISS), who told the Post that the Korean missiles might have a range of around 1,900 miles and have the ability to hit U.S. targets in the Pacific.

Presented as a neutral authority, the Washington Post did not inform its readers that the IISS is largely funded and overseen by the weapons industry, with five of its six most generous contributors — Airbus, BAE Systems, Boeing, Lockheed Martin, and Raytheon — major defense manufacturers, each donating six-figure sums. The IISS’ council includes a former NATO Secretary General and previously included the CEO of Lockheed Martin. As such, many of the organization’s key funders and players have a clear financial incentive to push for war or heightened tensions with enemy countries, making any of their proclamations on the subject immediately suspect. (The IISS also secretly accepted £25 million — around U.S.$34 million — from the government of Bahrain).

Unfortunately, the Washington Post is a repeat offender in failing to divulge its sources’ massive conflicts of interest while sharing a pro-war opinion. In a 2017 article about weapons sales to Saudi Arabia, the Post allowed senior vice-president of the Middle East Institute Gerald M. Feierstein to frame the debate, arguing that the U.S. should sell more of its high tech weaponry to Riyadh, claiming that smart, precision-guided bombs are preferable to the Saudis using unguided explosives. “We should provide more help, more support, to get them to stop doing stupid things…We should not cut off all the tools that would enable them to do this the right way,” he said.

Leaving aside the fact that the Saudis have targeted Yemeni medical, sewage, and water facilities to the rate of one airstrike every ten days for the entire duration of the six-year war, left undisclosed is the fact that the Middle East Institute is generously funded by both Saudi Arabia and weapons manufacturers like Raytheon, BAE Systems and Northrop Grumman. It is exactly these parties who wish to see the war continued, making their spokesperson a highly dubious actor. However, this was not revealed to readers, thus, artificially bolstering the pro-war side’s credibility.

Part of the reason governments or big weapons companies donate millions to high-profile think tanks every year is to subsidize a steady flow of reports or op-eds in major outlets that will help convince their audiences and the public at large that war is the way to go. It is just good business sense.

Of late, the U.S.’ prime adversary has been China, with a slew of Western writers or think tanks demanding that we halt their “strategy of world domination” (Claudia Rosett, Hudson Institute/Dallas Morning News). Writing in the influential journal Foreign Policy last month, Edward Lucas, senior vice-president at the Center for European Foreign Policy Analysis, called for a massive, “well-resourced” global alliance to “curb the Chinese Communist Party’s influence” and halt its “aggression.” He did not specifically characterize it as a military one, but did praise NATO, suggesting war was on his mind. Again undisclosed, however, is that donations from NATO itself, as well as a myriad of arms manufacturers, including Lockheed Martin, Bell Helicopter, and Raytheon, pay his wages.

New hobby is googling the think tanks affiliated with every rabid anti-China op-ed writer, and then looking up how much weapons contractors have contributed to them lol pic.twitter.com/0CsCs2wo8s

Meanwhile, Twitter announced its decision to ban over 170,000 accounts it claimed were suspiciously favorable to the Chinese Communist Party was made after consultation with the supposedly neutral Australian Strategic Policy Institute (ASPI).  Yet ASPI itself is the driving force behind the attempt to shift Australia’s loyalties from Asia and towards the United States. And, of course, ASPI is funded by the U.S. State Department, as well as a who’s who of weapons merchants.

This is how the game works and the think tank industrial complex is sustained. Weapons manufacturers put aside a small amount of their vast profits to “invest” in think tanks, knowing that these organizations will help create the intellectual justification and climate for more war, and, therefore, more profits.

It should be up to mainstream media outlets to highlight and alert the public to this dangerous practice that puts literally the entire planet’s population at risk. Unfortunately, corporate media outlets are financed by the same or similar sources to the think tank world, meaning that scrutiny of these questionably-funded organizations is off the table. It is therefore left to small alternative media sites to raise the alarm and provide an anti-war message. Sadly, their reach is far less than even the most rudimentary North Korean rocket.