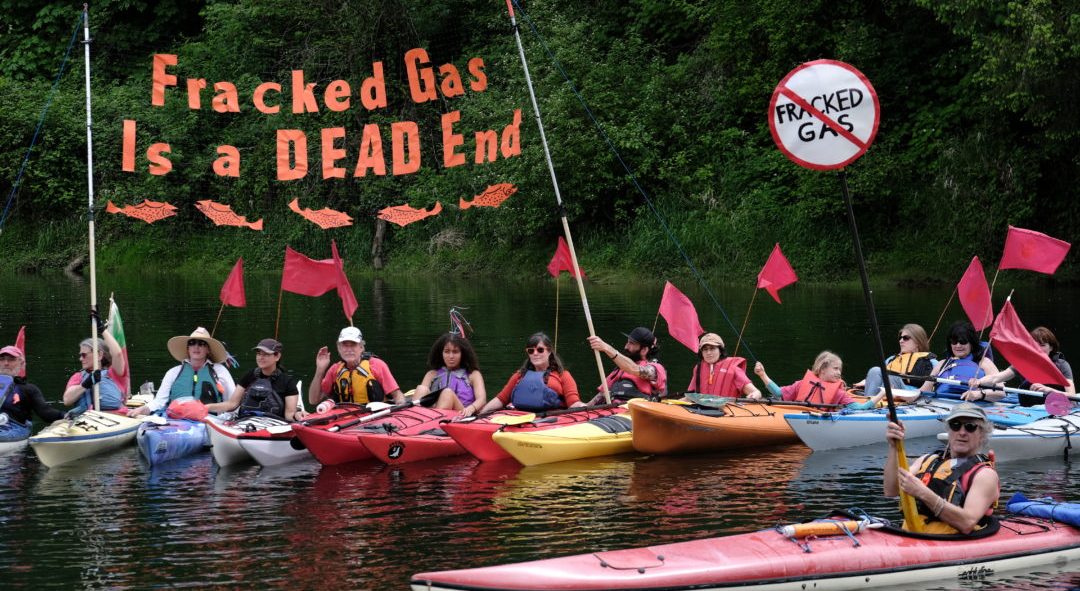 Kalama, WA —The Washington Department of Ecology (Ecology) denied permits for the massive fracked gas-to-methanol refinery proposed in Kalama, WA. Ecology nixed the fossil fuel processing and export proposal after deciding it would have a significant negative impact on the climate, Washington’s shorelines, and the public interest. [read the full letter from WA Ecology and Director Watson]

“Without the necessary state and federal permits, this climate-wrecking proposal is going nowhere,” said Brett VandenHeuvel, Executive Director with Columbia Riverkeeper. “Ecology’s decision is cause for celebration for people across the Northwest who value bold leadership to tackle the climate crisis. We applaud Governor Inslee and Director Watson’s decision to follow the science and the law.”

“Over six years, in thousands of written comments and hours of public testimony, people in Kalama and across the Northwest urged Governor Inslee and Ecology to protect our climate and our community from this destructive, polluting refinery,” said Sally Keely, a math professor and a resident of Kalama. “I’m thrilled they respected our voices.”

“Governor Inslee and Ecology did the right thing; in the middle of a climate emergency, building the world’s largest fracked gas-to-methanol refinery makes no sense,” said Stephanie Hillman, Northwest Campaign Representative for Sierra Club and Co-Director of the Power Past Fracked Gas Coalition.

“People across that state have consistently said they do not support a clean energy future that simply invests in dirty fossil fuel infrastructure,” said Alyssa Macy, CEO of Washington Environmental Council and Washington Conservation Voters. “Today’s science-based decision helps ensure Washington’s promise of a livable planet for generations to come.”

“This decision helps ensure we’ll never see a massive fracked-gas refinery that would pose a catastrophic risk to the fragile Columbia River ecosystem that people and imperiled species depend on to survive,” said Jared Margolis, a senior attorney at the Center for Biological Diversity. “We can’t keep pretending these dirty fossil fuel projects don’t jeopardize our continued existence by accelerating the climate crisis and destroying essential habitat. Thankfully, Washington has stepped up and rejected this monstrosity.”

Ecology’s disapproval of the Shoreline Management Act permits means that Northwest Innovation Works and the Port of Kalama may not construct the methanol refinery, the export dock, or any related infrastructure.

“Today’s decision keeps fossil fuels in the ground where they belong,” said Kristen Boyles, Earthjustice Staff Attorney. “Governor Inslee and Ecology put people over polluters by stating once and for all that a clean energy future cannot be built on the back of dirty energy infrastructure.”