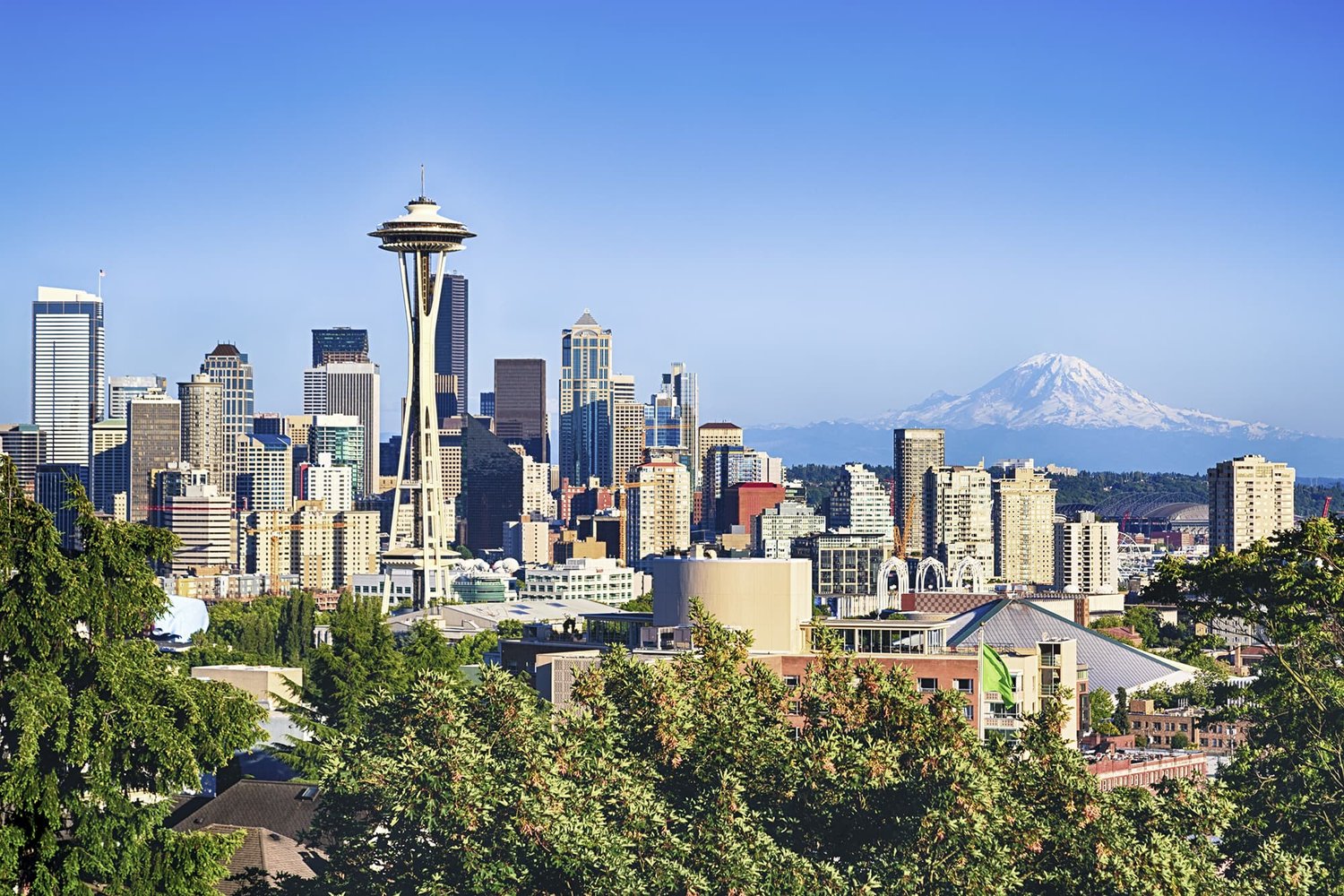 Olympia, WA – The Washington State Building Code Council voted 11-3 today to adopt a new statewide commercial and multifamily building energy code that will be the strongest, most climate-friendly in the country by driving the transition to clean electricity for space and water heating. This major win for clean energy coincides with President Joe Biden’s Earth Day Seattle visit where he discussed the infrastructure bill and clean energy. The Department of Energy has made heat pumps and energy efficiency measures a key part of its efforts to reduce emissions and dependence on fossil fuels.

Under Washington’s updated energy code that will take effect in July 2023, new commercial buildings – including multifamily residential buildings four stories and taller – will be built with high-efficiency electric heat pumps for water and space heating. Washington’s electricity mix is among the cleanest and most affordable in the country, and the new building code is projected to cut more than 8 million tons of carbon dioxide by 2050, equivalent to the annual emissions of 1.8 million cars. The updated energy code also includes improvements to building envelopes and efficiency that will further save energy for building users. Over 5,000 residents submitted comments in support of the policy, along with hundreds of experts.

“We need energy efficient homes with healthy air for the vast numbers of seniors, families with children and individuals living in multifamily affordable housing,” said Sharon Lee, executive director of the Low Income Housing Institute. “Building greener and high-performing with high-efficiency electric heat pumps is good news in the new energy code. It’s part of the answer for lowering utility costs for residents long-term, and for healthier homes.”

“Here, in Seattle, buildings account for the fastest-growing sources of emissions and account for more than 33% of the city’s climate pollution,” said Matt Remle, co-founder of Mazaska Talks, “To meet our goals set by our Green New Deal we need to take immediate action in reducing green house gas emissions. Thanks to the advocacy of thousands of Washington resident’s we have passed the nation’s strongest building codes to transition buildings off of fossil fuels.”

“The long term business case for building all-electric is sound, and because of the business bottom line, we’re seeing an increasing demand from our clients for clean energy buildings,” said Todd Stine, Partner at ZGF Architects. “This stronger energy code is absolutely time critical to continue to proactively move the design and construction industries toward achieving net zero carbon buildings. The market is already going there, but more clarity and support in policy and codes will be key for the building design and construction industries.”

“Gas poses significant risk to human health at every stage, from extraction, to transportation, to burning it for heating and cooking,” said Mark Vossler, MD, president of Washington Physicians for Social Responsibility. “The immediate benefits of not burning gas include a reduction in risk of childhood asthma and a reduction in risk of heart and lung disease in adults. Given the potential devastating impacts of climate change on human health, it makes all the sense in the world to construct new buildings with clean electric appliances instead of gas.”

“Washington’s action today is a significant step forward in curtailing building sector pollution that’s adding to climate change and unhealthy air,” said Rachel Koller, coordinator of the Shift Zero alliance. “A strong energy code is a critical tool to ensure buildings are part of the climate solution, and Washington’s new energy code can be a model for other states.”

“The decision today was a no-brainer as electrifying commercial buildings is a win for Washingtonians and the planet,” said Jonny Kocher, senior associate with RMI. “RMI found that heat pumps are 2-4 times as efficient as gas burning appliances and don’t impact customers’ utility bills. Unlike gas furnaces and water heaters, they do not emit dangerous combustion emissions, benefitting public health. And they reduce earth-warming greenhouse gas emissions by utilizing Washington’s already clean electricity grid, which will only get cleaner.”

The federal infrastructure bill that President Biden discussed in Seattle today includes funding for the Weatherization Assistance Program to provide nearly half a million low-income households with home energy efficiency upgrades that include insulation, leak sealing and switching to new electrical appliances, like heat pumps.

Clean, electric energy codes are increasingly being utilized as a central tool in cities and states across the country to reduce emissions, reduce maintenance and operational costs, prioritize public health and safety, and meet climate goals. Washington’s commercial code update adds to the wave of recent actions around the country including  approximately 72 jurisdictions in 9 states that have adopted building electrification policies since 2019. Today, Denver started a new program providing up to $9,000 in rebates for homes installing an efficient electric heat pump for heating and cooling, with additional resources that could allow low-income families to switch to electric at no cost. Last December, New York City became the largest municipality in the country to require new buildings to use electric appliances such as heat pumps and induction stoves. Jurisdictions in Washington that have passed measures to support the transition to clean electric buildings include Seattle, Shoreline, Bellingham, Tacoma and Olympia.

Last fall, California approved statewide code updates for electrification, making efficient electric heat pumps the standard, incentivizing their use in the construction of new homes and apartment buildings, and also for some businesses. Washington’s statewide code update focuses on nearly all commercial and large residential buildings, and takes the approach of requiring heat pumps for space and water heating.

In Washington State, homes and buildings have been the fastest-growing source of carbon pollution, up 50 percent since 1990, and cause a quarter of Washington’s climate pollution. Washington’s 2021 State Energy Strategy finds building electrification the most cost-effective approach to cutting carbon pollution in the building sector, and the commercial code update saw an outpouring of support from local building industry professionals, as well as from health care professionals and public health officials, air quality and equity advocates, businesses, labor unions, affordable housing groups, faith leaders and environment and climate advocates. For more on building electrification efforts in Washington, visit BuildElectricWA.org.

Children have a 42 percent increased risk of developing asthma symptoms if they live in homes with gas stoves. Particulate (PM2.5) pollution from commercial and residential buildings, primarily the result of gas appliances, is responsible for approximately 18,300 early deaths and $205 billion in health impacts per year nationwide. In Washington State, outdoor emissions of nitrogen oxides (NOx) and volatile organic compounds (VOCs) — two of the pollutants associated with burning gas specifically — from commercial buildings cost the state an estimated $110 million in health impact costs. A recent Stanford University study found that gas stoves leak methane even when they’re off, in addition to emitting CO2 and the respiratory health pollutant nitrogen dioxide when in use.