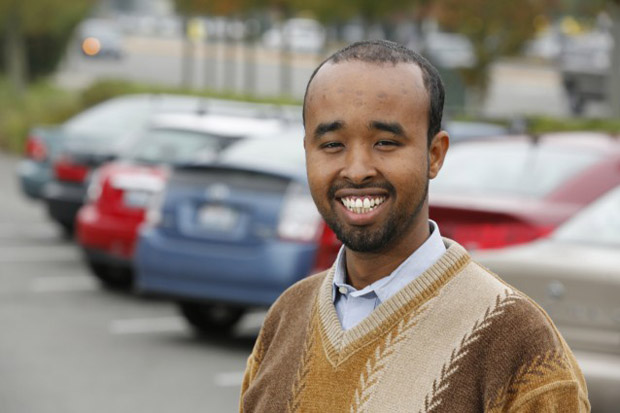 Washington Town Votes to Raise Minimum Wage to $15 Per Hour

It’s official: a hand recount of the votes from November 5 in the small Washington State town of SeaTac released on Monday proved that residents did in fact approve a raise in the minimum wage to $15 an hour. That means many of the workers in the area, many of whom work for the Seattle-Tacoma airport that gives the town its name, will be due a big raise on January 1. The law also comes with a new guarantee of paid sick days.

The new wage will not be lavish. Someone who makes that wage while working 40 hours a week, 52 weeks a year will bring in $31,200 a year. (By contrast, experts say a two-income family with two children needs to make $72,000 a year to be economically secure.) But it will still mean dramatic changes for some workers’ lives.

I can live a better life in this community.

Abdirahman Abdullahi, who has worked in and around the airport for nearly seven years and makes $11.20 in his current job with Hertz, told ThinkProgress that he came to the United States from Somalia to “achieve the American Dream.” A higher, living wage will get him closer to that dream. That would mean possibly being able to move his family, his wife and two children, from their one-bedroom apartment to a two-bedroom apartment and take them on a vacation. They might also be able to start saving up to have assets and someday buy a house. With the higher wage, he said, “I can live a better life in this community.”

Roxan Seibel, who has worked at the airport for 30 years while raising two children as a single mother, still makes just $13.95. An increase to $15 an hour will mean “I can put better food on the table,” she said, getting more fresh vegetables and eschewing “the boxed stuff.” If her rent goes up, she won’t have to move. If her car, which his getting old, needs a repair, she can probably afford it. And perhaps the most meaningful change for her will be having a bit of extra money that she can use to help out one of her daughters, who is working to pay her way through college. “I told her, ‘You have to live within your means just like I do,’” she said. “But sometimes it’s hard to see your kids struggle and want to do something and not be able to help, you know? Even a little bit.”

What I’m making now, there’s no way you can really get by.

For Alex Hoopes, the raise to $15 an hour will actually put him back on track with what he made before getting laid off from Alaska Airlines in 2000. At the time, he made over $12 an hour. But since then he’s taken a job with Air Serv, a company contracted by the airport to move baggage for the airlines, that has paid him $9.50 an hour for the past three years. “A pay raise up to $15 will give me the ability to be able to do the things I was doing” when he made a higher wage, he said. Those might include saving up for buying a house or someday retiring. “What I’m making now, there’s no way you can really get by. Pretty much you’re in a cycle where you’re not able to put a lot of money away, you have to work a lot of hours just to survive,” he said. “Fifteen dollars an hour will give me an ability to start to get ahead and get my feet under me again.”

As excited as these workers may be at the prospective of a higher wage, however, paid sick days might mean even more to them. “This is more important than even $15,” Abdullahi said. Previously, he risked getting penalized or even fired if he called in sick. That meant he couldn’t be with his son or daughter if they fell ill and he had to show up to the job sick a few times.

I’ve thrown up over garbage cans…because I had to be there.

Seibel similarly said that the lack of paid sick leave is “a big issue” for the workers at the airport. She works in a storefront inside the airport in which she and her coworkers are exposed to huge numbers of people from all over the world every day – as well as their germs. And then the employees come to work. “It’s just a vicious cycle in there,” she said. She has also shown up to work sick. “I’ve thrown up over enough garbage cans, let me tell you, because I had to be there,” she said. “It doesn’t put food on the table to be sitting at home.”

It’s been a tough slog for her as a single parent. At one point she had two jobs and no paid sick days, making it tough to raise a family. “If I didn’t have help [from her family] I don’t know how I would have done it as a single parent,” she said. “It’s tough.” With the new wage, she recognizes that she “may not make $100,000 a year.” But she will still “be able to live and be able to afford a little extra, and it goes back in the community and everybody wins.”

“We work hard at the airport,” Abdullahi said. “But we don’t get what we deserve with the minimum wage.”

Alaska Airlines and the Washington Restaurant Association have challenged the new law in court, so its future is still uncertain. But it seems that at least for now, the new year will bring these workers and thousands of others like them more of the money they feel their hard work deserves.