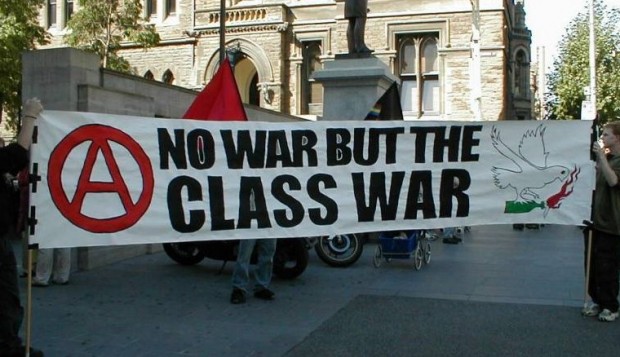 We Are So Poor Because They Are So Rich

Why You Should Organize For Political Revolution

One day, my business partner leaned over to me and said, “Remember, we are so rich because they are so poor.” That is how he patiently explained to his younger partner why our workers should not get a raise above minimum wage. He could just as well have said “They are so poor because we are so rich.” We were farming thousands of acres, had whole communities that worked for us and were making money faster than we could have ever dreamed. The plight of the workers just didn’t matter. What was important to my partner was that we lived in houses with marble floors while our farmworkers lived on dirt.

He said that thirty years ago, and the ugly truth is that economic inequality is even worse today. People are becoming miserably poor while the wealthy are becoming incredibly rich. Meanwhile the middle class standard of living is becoming even more precarious.
Wealth and income inequality are reaching extremes last seen in the Gilded Age and the Great Depression. Warren Buffett says it best, “There’s class warfare, all right, but it’s my class, the rich class, that’s making war, and we’re winning.” The rich are winning; the game is rigged – but the war is not lost unless the people give up.

Three new reports highlight how unequal the economy is becoming: Oxfam has just revealed that 62 people own as much as half the world and that 1% own as much as all the rest of the world combined. Credit Suisse reports that 50 million Americans count as part of the poorest 10% of the people in the world, and the Institute of Policy Studies calculates that just 20 Americans own as much as 152,000,000 Americans combined. The USA is the most unequal of all the developed nations.

What is the effect of this great amassing of wealth? Columbia University researchers report that one American dies every 36 seconds of poverty-related factors and a team from Harvard calculates that 1 in 3 Americans will die of income inequality. These studies just look at dying; they don’t talk about the pain of living as a poor person.

How can it be? The game is rigged. President Jimmy Carter was right when he told Oprah that the USA is “now an oligarchy instead of a democracy”. He is backed up by Martin Gilens and Benjamin Page, whose ‘Princeton Study’, demonstrates that we, the people, have had absolutely no say in congressional decisions for decades. No say, that is, unless we happen to agree with the wealthy elite who controls public policy-making.

For decades, the rich have made all the laws and regulations, chosen the judges and the regulators, and written the 76,000 page IRS Tax Code. Occasionally, we agree with the rich, but even when we agree with them, it is because their radio, television, books, movies and newspapers have shaped our thinking to their liking.

As bleak as the situation is, there is great reason to have courage that change can happen. The ruling elite are learning that they must reform and the people are realizing their power. There are many ways that we can organize and refuse to cooperate with a system that is producing dizzying inequalities.’

Individual members of the wealthy elite, like Nick “The Pitchfoks Are Coming” Hanauer, are stepping forward and major institutions such as the International Monetary Fund and the World Bank are all moving to recognize the detrimental effects of the concentration of wealth. Presidential candidate Bernie Sanders is bringing knowledge of wealth inequality to the center of political discussion and helping empower millions of people to seek change.

Most importantly the people are learning that, in the last thirty years, there have been over fifty regimes booted out of office by strategic nonviolent civil resistance. Many of those governments were far more brutal and dictatorial than ours. The people are learning that deep systemic change is not made by voting for a single candidate or by waving flags in the streets, but by educating and building mass support, by creating new alternatives to the existing structures and by taking strategic coercive action such as boycotts, strikes, blockades, and literally hundreds of other kinds of nonviolent actions that withdraw the support of the people from the hurtful and unfair system. And, they are learning that nonviolent action wins twice as often, works three times faster, and incurs only a tiny fraction of the casualties compared to violent change.

This, by the way, is exactly what happened to me and my business partner . . . the people formed a union and went on strike.

Dariel Garner was a member of the wealthiest 0.01 of 1%. He is the inspiration for Billionaire Buddha, a novel by Rivera Sun about a man who had incredible riches, turned his back on wealth and found everything worth living for. He speaks, holds workshops on wealth and income inequality and blogs at riverasun.com. You can reach him by email at dariel@riverasun.com.