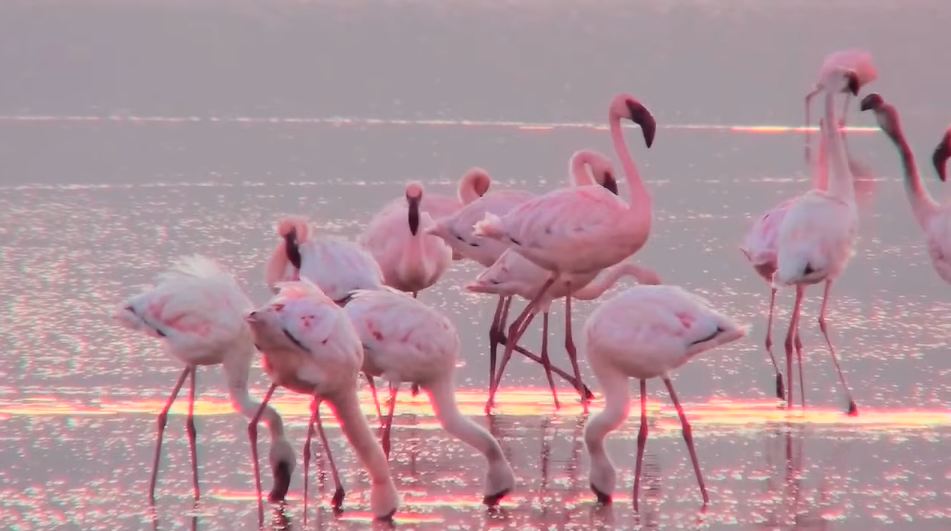 ‘We Demand Tomorrow’: Marxist Documentary On The Climate Crisis

“We Demand Tomorrow” is a newly released video by Patreon, sponsored by https://www.patreon.com/prolekult.

Here is their description:

“We Demand Tomorrow” is a Marxist documentary looking at the material basis of communism in context of the extinction crises today faced by our species. The film explores the Marxist view of historical development and the historically limited nature of capitalist society both theoretically and concretely through a critique of the economic and environmental crises faced by our species. It then goes on to demonstrate that Marxist communism is a material necessity for our species’ survival, presenting the solutions to extinction in outline.”

Kudos to Patreon for this brilliant production, well worth seeing, with its deep analysis of capitalism though I have some reservations to be noted below.  I particularly applaud the presentation of Cuba’s socialist solutions in this current pandemic, in contrast to capitalist Britain, with Cuba being on the cutting edge of global ecosocialism. “We Demand Tomorrow” should trigger a lot of debate, and be a useful resource for wide-ranging discussion. I agree with the video’s support for a two-stage path out of capitalism. I have long argued that socialism in our epoch must confront the climate/ecological crisis with effective science-based solutions, i.e., be ecosocialism to be a viable alternative to capitalism, and communism in the 21st Century must be solar communism, powered by high efficiency capture of solar radiation guided by this updated definition from Marx’s aphorism: “From each according to her ability, to each according to her needs”, with “each” and “her” referring both to human beings and to nature (ecosystems). Indeed as the video argues, a maximum of decentralized bottom-up social management is a worthy goal for postcapitalist civilization. But given the planetary scale of the climate/ecological crisis, and the immense challenges of a sustainable and just transition, overall democratic planning and coordination on world scale will be needed as well.

First, regarding the video’s prediction of imminent collapse of capitalism, a quote from Andreas Malm new book Corona, Climate, Chronic Emergency (2020) is relevant:

“There is a legitimate joke about Marxists having correctly predicted twelve out the last   three capitalist crises” (p.109)

While the resiliency of capitalism to recover from crises in the short term, even from one as deep as the current one, should not be underestimated, the video is correct to point to the uniqueness of this one. Nevertheless, one could consider as Peter Frase did in his book Four Futures (2016) another outcome, besides socialism/communism or rentism, namely exterminism (hierarchy and scarcity), with the latter becoming increasingly plausible with climate catastrophe, as I suggested in my paper Schwartzman (2013), which was updated in the Introduction of Schwartzman and Schwartzman (2019). Our latest assessment was of course made before the current pandemic, but I confront our current crisis in Schwartzman (2020).

More specifically my critique of this video is as follows:

1) The dismissal of the Green New Deal (GND) as another capitalist solution is not helpful. There are many versions of the GND, not only those promoted by “green” capital, but an alternative ecosocialist Global GND. “We Demand Tomorrow”  hasn’t  provided a strategic plan which is imperative given the short timeframe left to prevent catastrophic climate change (warming above 1.5 deg C). Here are some thoughts regarding strategy: defeating militarized fossil capital in the first stage of a Global GND is necessary to create a path as an arena for ferocious class struggle necessary for a revolutionary ecosocialist transition ending the rule of capital on our planet.

2) Creation of global 100% wind/solar energy power terminating fossil fuels is necessary and possible without the huge resource extraction claimed in this video, because such a renewable power infrastructure can recycle the existing metals now employed in fossil fuel consumption as well as the material base of the military industrial complex. Demilitarization of the global economy must be the goal of transnational class struggle to make this energy transition happen in time to achieve the 1.5 deg C warming target, as well as of course to prevent future wars, even nuclear war.

3) Relying on biological production alone as implied in this video (e.g. mass hemp farming) is a prescription for mass suicide for most of humanity, because it would condemn them to a state of energy poverty even worse than present as well as prevent the creation of the wind/solar power with sufficient capacity necessary for climate adaptation and mitigation, making it virtually impossible to meet the 1.5 deg C global warming target. Further, biomass is far from being an adequate energy source to power even the proposed “communist internet”. To be sure, restoration of natural ecosystems and a transition away from industrial agriculture to agroecologies is imperative, but not sufficient for the rapid drawdown of carbon dioxide from the atmosphere. They must be coupled with industrial scale negative carbon emissions driven by wind/solar power, reacting carbon dioxide and water with subsurface basalt/peridotite.

4) Getting back to the example of Cuba, where people do well with much lower energy consumption than the U.S., it is important to note that in spite of her world standard health and education system, the people of Cuba suffer from energy poverty which translates into a life expectancy virtually tied with the U.S., with the latest CIA data (2017) having Cuba at ranking 52, the U.S. at 54 in the world (source: wikipedia). Cuba falls below the minimum energy consumption per capita required for the highest world standard life expectancy (e.g., Japan is close to the minimum). Of course we know that the imperialist U.S. embargo of Cuba is mainly responsible for this state of energy poverty.

Cited references and for an in-depth discussion of these issues see:

Schwartzman, P., Schwartzman, D. 2019. The Earth is Not for Sale: A Path Out of Fossil Capitalism to the Other World That is Still Possible. Singapore: World Scientific.