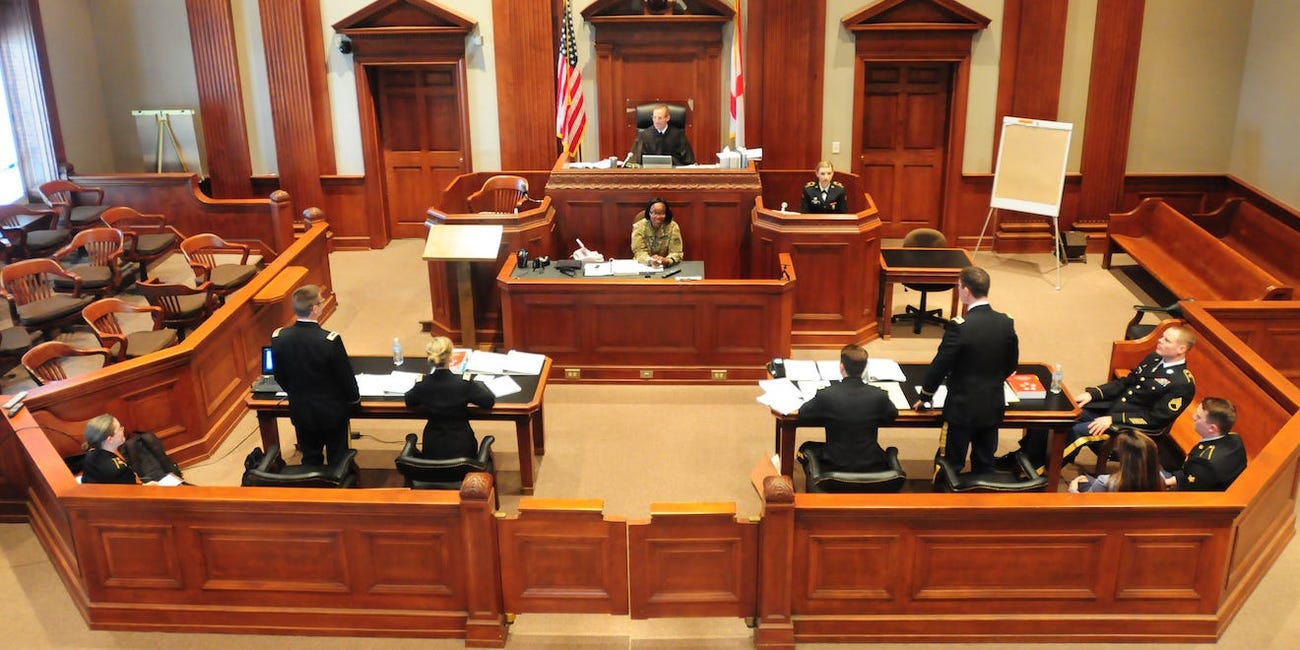 Prosecutors have dominated the bench for too long.

Prosecutors and corporate lawyers are overrepresented on state and federal courts.

As public defenders, it’s been hard to watch the defacement of our federal courts by the Trump administration.

From the Supreme Court on down, the country’s judicial benches are occupied by fewer people who have fought for compassion over cages. For every public defender on the federal bench, there are four former prosecutors —and the ratio is seven to one if you expand the comparison to lawyers who represented people instead of just lawyers who represented the government.

State and federal judicial posts are packed with individuals who have spent their careers defending corporate polluters, protecting big real estate, or filling our jails and prisons, leaving ordinary people looking for the protection of the courts out in the cold.

In 2011, former Justice Ruth Bader Ginsburg suggested  that her history of fighting for civil rights would likely have disqualified her from her SCOTUS seat had she been nominated these days. And with no one left on SCOTUS who has personally fought for civil rights, it is now clear that to take the smallest steps toward justice we must appoint more public defenders to the bench.

Finding the right lawyers for the bench

There’s a dirty secret every public defender knows: defense lawyers don’t always make the best judges. For every person who promises to increase freedom and justice and actually does so, there are many former defenders who seem hell-bent on harming our clients.

There are several possible reasons for this. Sometimes the initial zeal these now-judges had to protect the most vulnerable eroded over decades of political ambition. Sometimes they had to prove how carceral they could be in order to get the job. And sometimes they have lost their original ideals to the system’s jail-happy culture.

Many of these burnt out defense lawyers who take judgeships assume everyone who appears in front of them pleading for mercy is a liar. They assume guilt. They hand out years.

To people like these, being a public defender was a job description. But for others, being a public defender is not a job, but an identity. It’s an identity that prioritizes the needs of the most marginalized and makes sure that every person is fought for and empowered. Attorneys who share this identity believe that the people most impacted by structural racism and systemic harms are the people whose visions will bring us toward a new, more just world.

We need more public defenders whose ascent to the bench is driven by this identity, and fewer who ascend through craven ambition. Judges for whom “justice” means maximizing individual liberty, inclusion, and opportunity for people rather than corporations and other entities. Liberty, after all, is a thing all too often reserved for the wealthy in this country.

Companies who want to frack or engage in unfair practices are often afforded the liberty to thrive, while ordinary individuals are handed harsh punishments that both steal their freedom and undermine their ability to succeed in the years to come. This practice of offering liberty to the wealthy and powerful and punishment to the rest of us, hamstrings the social and economic mobility not only of the people in the system, but their families and entire communities. In short, offering liberty and a chance at prosperity to people in the system makes whole communities and regions safer, healthier, and more productive.

We are finally recognizing that prosecutors and corporate lawyers aren’t champions of liberty. And we have the ability to identify the public interest lawyers who are such champions. We need to be more demanding of who we choose for the most powerful office in our judicial system. We must seek out a value system and a form of bravery rather than checking a prior-job box.

People need to start caring about judicial nominations, and telling their elected officials who they’d like to see on the bench. And most of all, we have to demand that the loudest voices among us —our nightly news, our local papers —break away from the law enforcement narrative that judges must be “tough-on-crime” and extensions of the carceral state.

If we want liberty and justice for all, if we want perspectives like RBG’s, we have to demand it, make space for it, and put judges on the bench who will do it.

Brendon Woods is the only Black chief public defender in California.

Emily Galvin Almazna is a former public defender and co-founder of Partners for Justice.