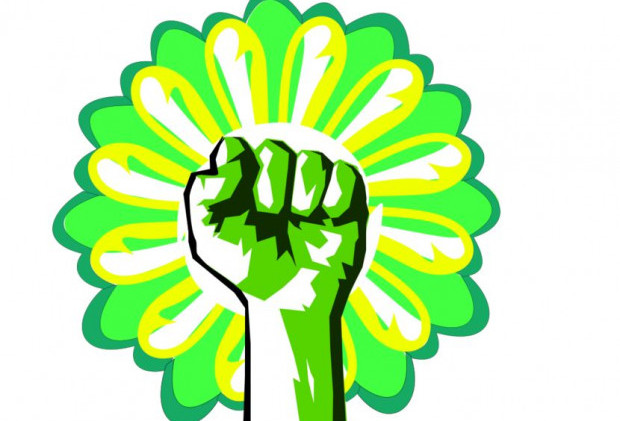 We Need To Attack Dem Establishment In Front Of Liberals

The progressive revolution will die if liberal establishment loyalists are permitted to bully their progressive friends and family into silence.

Remember Bernie’s campaign days? God, weren’t they glorious? For a few magical months, clear-eyed progressives were permitted to stand out in the open and proclaim their political validity like normal human beings without being attacked and shamed into silence by their liberal friends and family. For a few magical months it was actually considered cool to be a real progressive, and all our liberal friends treated us like real people when we’d share our political perspectives. We were considered naive but harmless at worst, and we were allowed to have a political voice at the table.

But then Bernie won 22 states and 47 percent of the vote despite coordinated acts of sabotage from the party and a near-total media blackout, and suddenly we weren’t so cute and harmless anymore. And then Bernie endorsed Hillary, and they closed in on us hard. I had friends calling me crying telling me their friends and family were being absolutely vicious to them for wanting to support Jill Stein. I still have people messaging me saying they love my work but can’t even ‘like’ my posts on Facebook because they’re afraid their liberal friends might see them supporting an anti-establishment message.

Liberals dominate public discourse in America. They dominate it so much you’d assume they must also dominate government elections if you didn’t know better. No decent human being likes to be called a racist, a misogynist, a Nazi, a fascist, a naive pie-in-the-sky dreamer, a petulant child, but that’s exactly what they’ll call you without hesitation if you try to suggest that the Democratic establishment needs to be opposed right now. They’ll team up on you. They’ll do it to strangers on the internet, and they’ll do it to longstanding friends in person. We need to take that away from them, that dominance of public discourse. We need to fight it, and fight it hard, because if we don’t we can kiss this whole revolution goodbye. You can’t have a grassroots movement that you’re not allowed to talk about. A progressive revolution cannot possibly coexist with a conspiracy of silence. They are mutually exclusive.

How do we fight it? We speak the truth, even when our voice shakes. We publicly share our perspectives, and when our liberal friends close in, we tell them why they’re wrong. We can be polite (if we feel they deserve it), but we must be unyielding. We speak our truth wherever we’re at, whenever we can. The foremost battleground for the progressive awakening is in your own social circles.

If we can only speak about this in hushed voices, with a select few woke friends or in secret Facebook groups, then our movement dies here. Kiss it goodbye. So long, farewell, Auf Wiedersehen, goodnight. We will never be more than a fringe movement if we’re not able to openly and directly resist the political establishment. If this is something we’re only allowed to do once every four to eight years so long as we don’t get in the way, it’s been a good run, but we’re done. Time to tap out. I’ve lost so many friends over this crap. So many people I know try to avoid the topic with me altogether. But by damn I speak. I speak loud.

And you’re allowed to speak too. Speak loud and proud and uninhibited. Speak like you’re right, because you are. Offend your liberal friends. Don’t be apologetic about it. Don’t kowtow to their domineering schtick one whit, because there’s nothing healthy about it. Don’t preface your words with the mandatory song and dance about how much you hate Trump. Don’t try to be egalitarian and make sure you attack Republicans as much as Dems so they won’t rush in and call you a Nazi Trump supporter. When they do this, tell them why they’re wrong. Push back. Insist on your right to occupy a human-sized amount of space. Even if you’re not the best debater, even if you don’t know everything there is to know about every politician and every policy, you’re still right, and it’s your duty to insist on that. If they don’t like it, they can take a hike.

It may sound silly, but it’s likely that the most significant thing you can do for the progressive revolution right now is speak openly about it. There are so many people who are too afraid to speak, and until they start seeing others loudly insisting on their own rightness, those people will be forever without a voice. Our movement stops where those people stop. We need to all start getting much braver, much bolder, much more entitled to our own space and to our own voice. So speak.