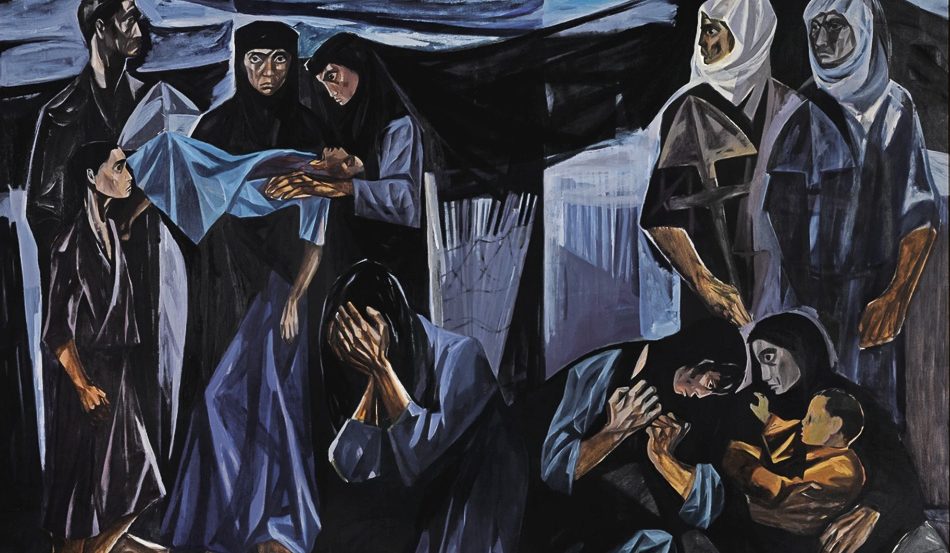 We Should All Be Outraged

But outrage is not a strong enough word.

Someday the world will be free of the coronavirus. Then, we will glance backward at these years of misery inflicted by virions with spike proteins that have struck down millions of people and held social life in its grip. Much will be debated about the origins of the virus and the rapidity of its spread around the world, a transmission that shows how closely interconnected we have become due to modern transportation technology. There is no going backward from the processes that will continue to shrink the globe, bringing us closer and closer together, bringing other viruses and diseases greater and greater host populations. Turning inward is not a solution to the waves of contagion that have already come before us – from the plagues of the early modern period onwards – and those that have yet to appear. There is not yet a method in our arsenal to eradicate the possibility of something like the coronavirus. Our focus must be on how we protect ourselves.

Will we ever take the lessons from the last pandemic or, after a sigh of relief, will we move forward with the arrogance of victory towards the next catastrophe? The 1918 influenza epidemic rolled through countries just as the Great War came to an end, the troops carrying the virus back to their homes and bringing the death toll to between 50 and 100 million people. Historian Laura Spinney wrote in her book Pale Rider: The Spanish Flu of 1918 and How it Changed the World (2017) that, when that pandemic came to an end, there was ‘no cenotaph, no monument in London, Moscow or Washington, DC. The Spanish flu is remembered personally, not collectively. Not as a historical disaster, but as millions of discrete, private tragedies’.

Though there might not be a memorial in Moscow to the fight against that pandemic, the newly established Union of Soviet Socialist Republics (USSR) hastily developed a public health infrastructure at the time. The Soviet government consulted with the medical establishment and systematically developed a people’s response to influenza and a public health plan. Soviet hygienist, health organiser, and founder of national health education A. V. Molko argued that medicine ‘in its modern conception, while not tearing itself away from its biological grounding and its natural science basis, is by its nature and its goals a sociological problem’. From here, the Soviets called upon medical schools to create the ‘physician of the future’, who needed ‘serious natural science preparation’, ‘enough social science background to comprehend the social environment’, and ‘the ability to study the occupational and social conditions which give rise to illness and not only to cure the illness, but to suggest ways to prevent it’. The USSR was the first country to establish a public health system.

Public health as an idea has a history that goes back through the ages, but early ideas of public health had less concern about the health of the entire public and more about the eradication of disease. If this meant that the poor bore the brunt of it, so be it. This older hierarchical conception of public health remains in our time, particularly in states with bourgeois governments that have a greater commitment to profit than to people. But the socialist idea of public health – that social and state institutions must focus on disease prevention and breaking the chain of infection – grew in force from the 19th century and now comes to the table once more.

In the aftermath of the 1918 influenza, an epidemics commission was set up in Vienna, Austria. This kind of initiative would become a key part of the League of Nations Health Organisation (1920). But the agenda of the League was narrowed by the colonial rule of a large part of the planet and by private medical companies’ grip in the countries governed by their bourgeoisies. Even the 1946 formation of the World Health Organisation (WHO), the first specialised agency of the United Nations, was restricted by the colonial and capitalist mentality, despite the fact that the three initiators of the WHO – Szeming Sze (China), Geraldo de Paula Souza (Brazil), and Karl Evang (Norway) – did not come from any of the main colonial powers.

The struggle within countries and inside the WHO to democratise health care deepened in the next three decades after the formation of the United Nations in 1945. The countries of the Third World who created the Non-Aligned Movement in 1961 and the Group of 77 bloc in the United Nations in 1964 drove an agenda for an international public health regime and for greater resources toward public health rather than for the privatisation of health care. This debate came to a head at the International Conference on Primary Health Care, held in Alma-Ata (USSR) in September 1978. The Declaration of Alma-Ata contains the best statement in defence of public health that has ever been adopted by the governments of the world. In addition to highlighting the importance of public health in general, the Declaration pointed to the great disparities between the countries of the imperialist bloc and the countries of the Third World. It is worth revisiting point VII of the Declaration, which states that public primary health care:

There is very little to change in the Alma-Ata Declaration. It needs to be put back on the agenda.

The callousness with which bourgeois governments have handled the pandemic illuminates the need for an investigation of their criminal approach. Last week, Noam Chomsky and I reflected on the news coming from Brazil, although this might as well have been news from India, South Africa, or the United States. Here is our note:

Warnings that the oxygen supply was running out in the city of Manaus, Brazil, came to local and federal government officials a week before the calamity led to the deaths by asphyxiation of patients afflicted with COVID-19. No modern state — such as Brazil — should have to admit that it did nothing when these warnings came in and simply allowed its own citizens to die for no reason.

A Supreme Court judge and the solicitor general have demanded that the Brazilian government act, but this has not moved Jair Bolsonaro’s administration. Everything about this story — detailed in Solicitor General José Levi do Amaral’s  report — reveals the rot of privatization and incompetence. The local health officials knew in early January that there was going to be an oxygen shortage imminently, but their warning did not carry any weight. A private contractor who had the job of providing the oxygen informed the government six days before the city ran out of this crucial supply in the fight against COVID-19. Even with the contractor’s information, the government did nothing; it would later say — against all scientific advice — that early treatment for coronavirus did not work. The insensitivity and incompetence of the government of Bolsonaro have led General Prosecutor Augusto Aras to call for a special probe. As Bolsonaro dithered, the government of Venezuela, in an act of solidarity, sent a shipment of oxygen to Manaus.

The latest development caused by the government’s toxic mix of privatization, ineptitude, and callousness should strengthen the case brought by Brazil’s health care unions against Jair Bolsonaro at the International Criminal Court (ICC) in July. But the problem is not the fault of Bolsonaro alone or even of Brazil. The problem lies in the neoliberal governments, governments in the United States, the United Kingdom, India, and others, governments whose commitments to profit-making firms and billionaires far outstrip their commitment to their own citizens or to their own constitutions. What we are seeing in countries such as Brazil is a crime against humanity.

It is time to impanel a citizens’ tribunal to investigate the utter failure of the governments of Boris Johnson, Donald Trump, Jair Bolsonaro, Narendra Modi, and others to break the chain of the infection of COVID-19. Such a tribunal would collect the factual information that would ensure that we do not allow these states to tamper with the crime scene; the tribunal would provide the ICC with a firm foundation to do a forensic investigation of this crime against humanity when its own political suffocation is eased.

We should all be outraged. But outrage is not a strong enough word.

A recent report suggests that the government of Bolsonaro put in place a strategy to allow the spread of the virus. All this will be part of the evidence for the citizen’s tribunal. We must not allow amnesia to set in. We must remember and we must build on the kinds of ideas embedded in the Alma-Ata Declaration.