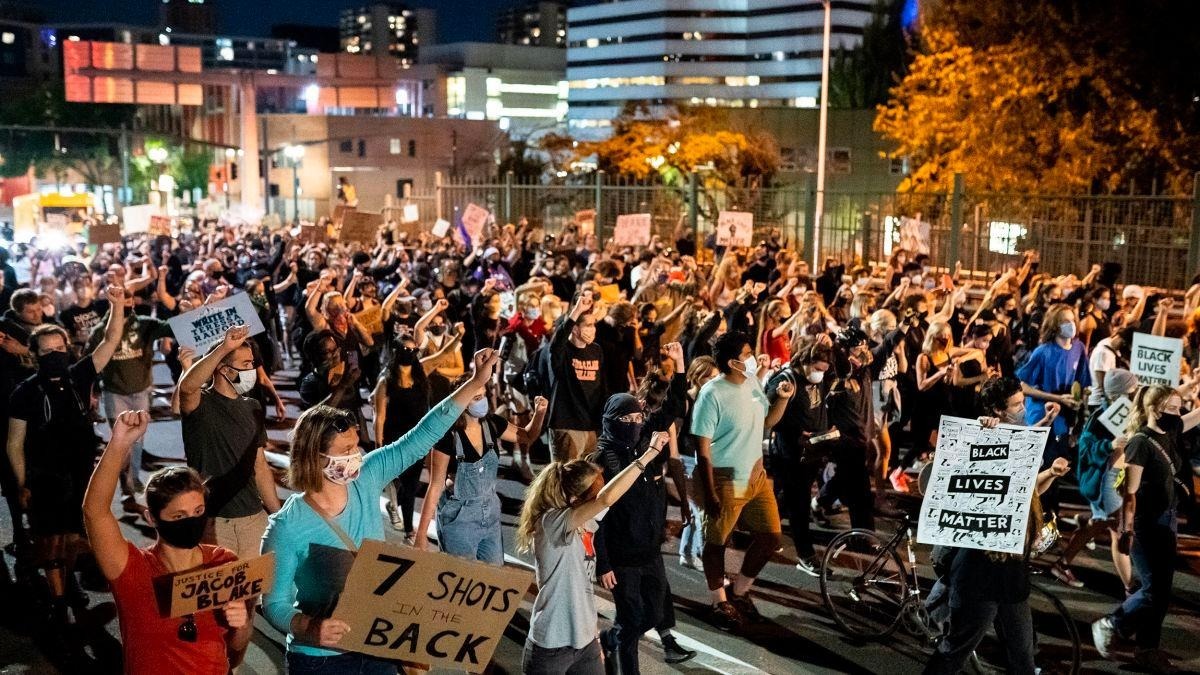 ‘We Stand With Portland!’: Statement Of Detroit Will Breathe

This statement from Detroit Will Breathe condemning the shooting and killing of protesters in Portland, Oregon, is endorsed by Left Voice.

We stand with Portland!

The killing and shooting of protestors in Portland, Oregon, demanding justice for Amir Locke and Patrick Kimmons, Black men murdered by police, is an outrage that must be condemned.

The murder of June Knightly and the shooting of four other women supporting the protest is a byproduct of the acquittal of Kyle Rittenhouse, through which the capitalist state gave a green light to further right-wing vigilantism. The killer, Ben Smith, a known fascist sympathizer, was only named by the Portland Police Bureau after being identified by community members and activists on social media. Our greatest enemy is still the state and its violent agents, the police, who seek to use every opportunity to attack us or let us be attacked by right-wing vigilantes.

Portland officials, who are overwhelmingly Democratic Party members, are trying to spin the murder of protestors as part of the increasing issue of “gun violence.” This whitewashing serves two purposes: 1) to distract from the threat of right-wing violence that the capitalist state not only refuses to deal with seriously, but also seeks to rely on in cases of intense social struggle that challenges the state; and 2) to further justify increased funding of police departments and racist police practices such as the CCW arrests in Detroit. We must steadfastly reject this cynical and dishonest political move by both Democrats and Republicans.

Our power to keep us safe is based on mass action and the self-organization of the working class and the oppressed, both in the streets and in our communities. When attacks like these occur, we must be prepared to respond with mass action and encourage other organizations — such as unions and social justice organizations — to stand with their siblings in struggle. Whatever tactical decisions and material we use to help keep us safe must be part of the broader movement and thus organized and decided, as much as possible, on a mass, collective basis. In our grief, we must avoid focusing exclusively on individual tactical responses such as body armor or rifles, which do not in and of themselves keep us completely safe.

Rest in power June, Amir, Patrick, and all those countless victims of white supremacist violence. We will build a new world in your memory.

To give financial support to the victims and their families, you can contribute here.