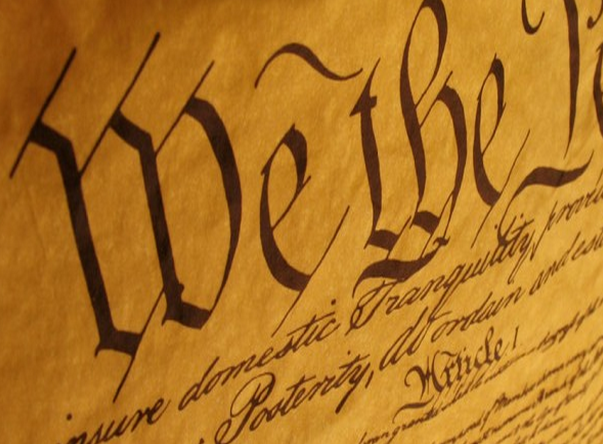 We The People Have A Few New Ideas About Governance

Collaboration, Participation and Deliberation are at the heart of new Governance models.

It might surprise you to know that most states do not emphasize civic education, which includes learning about citizenship, law, and governance. So it is not surprising many US citizens believe government is something far removed from ‘real life’. Even some of the Founding Fathers said ‘common man’ couldn’t be trusted to run the country. Somewhere along the line, the governance of We the People became the domain of They the Few.

We the People are not satisfied. Many have lost confidence in the national political process and are appalled at the wars waged in our names, at the broken justice system, our horrendous record on the environment, the lack of respect for teachers, and so on. That does not mean we have lost our faith in governance.

That is why  a range of emerging practical solutions being proposed to make governance more participatory are so intriguing, so that ‘common people’ might play a more meaningful role. Here are a few of them.

Tom Atlee, author and co-director of the Co-Intelligence Institute, has proposed ‘deliberative councils’ in which a small group of people randomly selected come together as a microcosm of the larger population. These councils study the public issue at hand and make recommendations to their communities and elected officials. Afterward, they part ways and new councils are formed when the next issue arises.

Atlee says that this process takes us beyond partisanship to a place of collective responsibility for our shared destiny. At the website for his book, Empowering Public Wisdom, he has developed a manifesto. Here is an excerpt:

Without a collective voice of the whole citizenry to speak wisely and powerfully in our public life, we have become impoverished and imperiled. We need to change that—soon.

Our children—and their children’s children—need us to create this powerful collective voice, because it is their voice too. They need us to ensure that it is wise and heeded, because we and they urgently need our politics and our governance to become sensible, sustainable, creative, and just. Our times are perilous. Nearly everything we love is at stake.

Thomas Paine once said, in his revolutionary pamphlet Common Sense, “We have it in our power to begin the world again.” It is so, even now.

Dr. Steven Kull, Founder and President of Voice of the People has a similar idea, (with a few important distinctions) – Citizen Cabinets.

On a regular basis, members of the Citizen Cabinet will go through an online public consultation exercise – called a ‘policymaking simulation’ because it simulates the process elected officials go through — on a pressing issue facing the federal government. For each issue, Citizen Cabinet members will:

It is worth noting that Voice of the People’s Advisory Board includes twelve former Members of Congress from both sides of the aisle, as well as other former federal and state government officials. It also includes leading public opinion researchers, business leaders, academics and scholars, including a Nobel laureate.

The Center for Deliberative Democracy, housed in the Department of Communication at Stanford University, is devoted to research about democracy and public opinion obtained through Deliberative Polling®.

Deliberative Polling®, developed by Professor James S. Fishkin, is a technique which combines deliberation in small group discussions with scientific random sampling to provide public consultation for public policy and for electoral issues. A number of Deliberative Polls have been conducted in various countries around the world, including China, Japan, Britain, Italy, Bulgaria, Brazil and in the United States – some national and some local.

A related initiative, the Participatory Budgeting Project (PBP) is a democratic process in which community members directly decide how to spend part of a public budget. It gives ordinary people real power over real money, letting them work with government to make the budget decisions that affect their lives.

For example, in three City of Chicago Wards, citizens helped decide how to spend 10.3 million dollars on Capital projects. Almost 7000 people have participated since 2009.

The Brazilian city of Porto Alegre started the first full PB process in 1989, for the municipal budget. In Porto Alegre, as many as 50,000 people have participated each year, to decide as much as 20% of the city budget. Since 1989, PB has spread to over 1,500 cities in Latin America, North America, Asia, Africa, and Europe. In the US and Canada, PB has also been used in Toronto, Montreal, Guelph,  New York City, and Vallejo (California).

Here is a video about Participatory Budgeting.

The National Coalition for Dialogue and Deliberation formed to support the growing “dialogue and deliberation community — a broadly-defined community of practice involving practitioners, scholars, activists, public officials, nonprofit leaders, process geeks, students, and others who engage and mobilize people across partisan, ethnic and other divides.

These are only a few of the groups emerging that are dedicated to a more participatory political process. For anyone who has ever felt her or his voice does not matter, or will not be heard, there are new ways to engage politically beyond the local level.