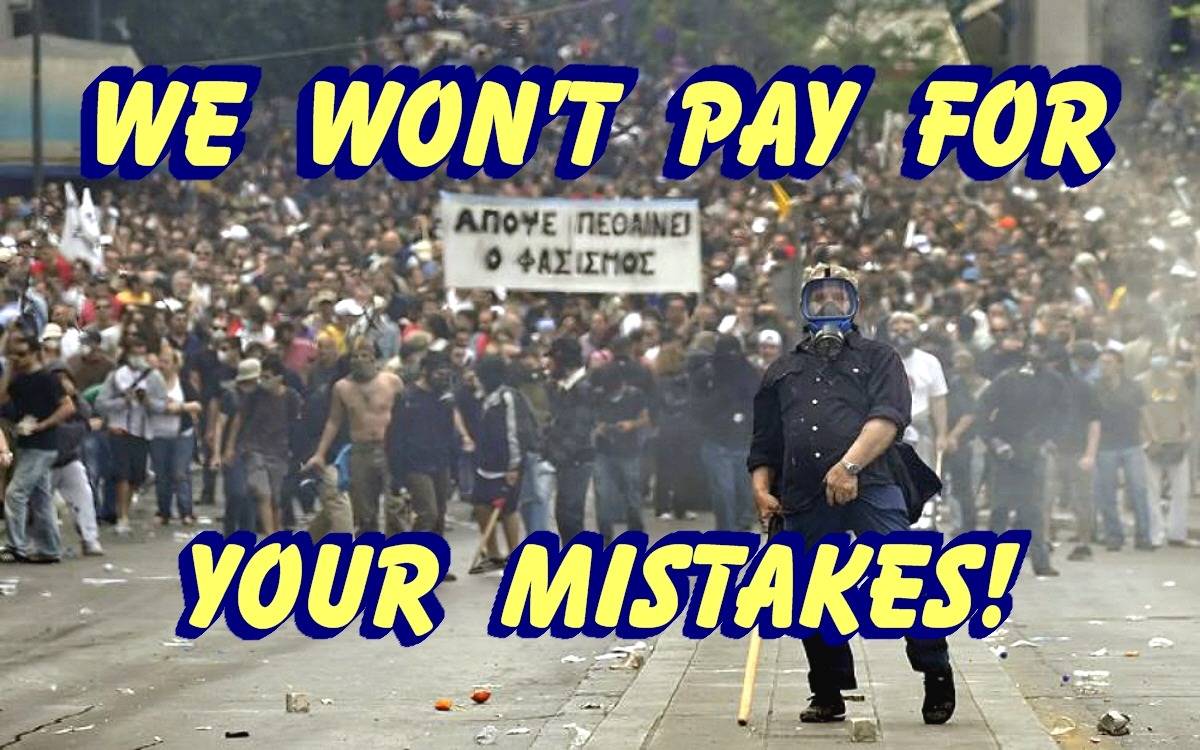 With a Eurozone record of 27 percent of Greeks unemployed, people are taking a pro-active approach to the crisis. Activists from the ‘We Won’t Pay’ movement, which boasts 10,000 members, are illegally reconnecting power to hundreds of homes.

Tough austerity measures have left many people in Greece unable to pay their electricity bills. The ‘We Don’t Pay’ movement which has over 10,000 members helps many of those by illegally reconnecting power to their homes, despite legal action against them.

The movement has been gaining new support, despite being targeted by over a hundred law suits. The government warns refusal to pay fees and taxes will only starve Greece of money it needs to get out of debt.

Members of the ‘We Don’t Pay’ movement demand alternatives to the austerity measures that, as many argue, have deepened the recession and made unemployment unbearable.

Members the group, that began in a village of 3,000 people, reconnect electricity to homes and disconnect power from road tolls, making them free for motorists. Sometimes they also target the Athens metro system.

In 2011 the supporters refused to pay highway tolls and rode buses and the metro in Athens without tickets in protest against an “unfair” 40 per cent increase in fares.

Many in the country are unable to pay for Greece’s state-run electricity. With one in four Greeks currently unemployed, Christina is not the only person to have their electricity cut off two years ago.

“As the bills began piling up, I had to make my priorities – and this is where food comes first. I want to pay the bills and I want to be ok with the state, but the state hasn’t been ok with us,” she told RT’s Egor Piskunov.

Greek incomes have been severely squeezed, cut by about 30 percent on average since the crisis started in 2009.

Greece’s unemployment rate has tripled since 2009, as hundreds of thousands lost their jobs or businesses. Up to a thousand Greeks have been laid off daily, according to the ELSTAT statistics service.

Unemployment rose to nearly 27 percent in April, the highest reading since ELSTAT began publishing jobless data in 2006. It’s more than twice the average rate in the euro zone, which hit 12.2 percent in May.

In July Greece unlocked 5.8 billion euros ($7.7 billion) of bailout funds in European aid by putting 25,000 public sector workers on reduced wages by the end of the year. The move sparked a new wave of anti-austerity protests in Athens.

Many say the ‘We Won’t Pay’ movement is likely to go on, because it has a strong legitimacy in the eyes of the people.

Bailout money for Greece, which has already received about 90 percent of the 240 billion euros earmarked to protect it from default and possible exit from the euro zone, will run out at the end of next year. According to experts, the country is likely to need further relief to make its debt sustainable.