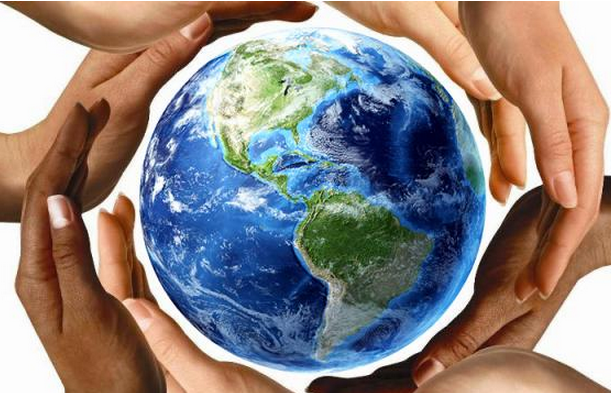 We’re Building A Moral Commons, & We’re All In This Together

Economic injustice thrives on our collective fear and insecurity. As we trace the connection between the engineered impoverishment of our communities and the violence that results, we encounter that fear and insecurity in risk-averse political leaders, people overwhelmed by poverty, and even in the cops who often unwittingly serve the ruling classes. We draw wisdom from activists all over the country about political and economic alternatives. But if we listen to them a little more carefully, we hear a more intimate message: Let us empower ourselves in our shared vulnerability, overcoming fear with love.

“We Need Our Imagination Stretched and Revived”

Baltimore’s Reverend Heber Brown III has been in the news quite a bit these past weeks. During the tragedy and subsequent organizing around the police murder of 25-year-old Freddie Gray, Brown was one of the religious leaders in Baltimore who carried strong credibility among city residents. His moral message combined structural criticism with ethical exhortation. “The community has to step up and feed our children, provide youth activities and be there for people going through an understandably traumatic experience,” he told Huffington Post.

Brown is the pastor at Pleasant Hope, which, rather than preaching a message of Christian exclusivity and judgment, describes itself as “an intentional community within a traditional church context,” dedicated to addressing homelessness, poverty, racism, workers’ rights, environmental justice, and peace-making. I first spoke to Rev. Brown several months ago about police brutality. I wanted to know more about his belief that economically just communities could police themselves. Beneath his recommendations were observations about replacing fear with trust, and the courage to change long-held beliefs about human behavior. “We need our imagination stretched and revived,” he told me.

“When the police show up, they are not counselors, therapists, mental health practitioners, clergy, etc,” he said. “They’ve been conditioned to engage community members as threats – especially Black people – and the only tools they are provided with are those that bring harm and bloodshed.” Instead, brown envisions participatory public safety based on shared sacrifice: “An organization of people in local neighborhoods… who pool and create a database for their existing expertise and agree to undergo first-responder and self-defense training.”

But in Rev. Brown’s vision, police officers would need to make themselves vulnerable as well. “Before officers are assigned a community,” he said, “they should have to present themselves to a group representative of the community and be interviewed for their fitness to serve in the potential neighborhood.”

Our conversation took place several months before cops murdered Freddie Gray. Rev. Brown was prescient indeed. In response to that killing, community solidarity has grown substantially. Leaders for a Beautiful Struggle, a group Frida Berrigan calls a “Baltimore-based people’s think tank,” have taken their message into the national media with an agenda that freely mixes policy recommendations with introspective poetry.

“A Curiosity About Differences”

Shared vulnerability is empowerment. This is a theme embraced by other activists around the country. It might be the key to an emerging thread: the ethical prerequisites to a consciousness of economic justice. In my work promoting cooperative economic structures and policies, I wanted to know more about the precise role played by consciousness. On the one hand, as Karl Marx wrote, “Life is not determined by consciousness, but consciousness by life.” One doesn’t merely imagine oppression away, and the new age obsession with language and symbol change can often become a substitute for real material change. On the other hand, our values inform our behavior, and even the most scientific-minded revolutionaries like Leon Trotsky emphasized that consciousness must precede (and accompany) revolution.

I asked Ludwig, who emphasizes cooperative ethics as a necessary component of building cooperative economics, why it wasn’t enough to just create cooperative economic structures and expect people to change their behavior accordingly. To pre-empt my suspicion that she was too concerned with consciousness and not enough with material life, she emphasized that building a new world does not simply involve changing our minds. “People have real needs,” she said, and any movement towards cooperative economics must begin with a mind to providing “food, shelter, water, healthcare, warmth in the winter… and things like education and personal growth.”

But, she said, “our culture is an accumulation of all of us. It’s passed from individual to individual. I don’t think you can create sustainable economies without people changing the values that underpin the economic decisions they make.” After all, she continued, “we’re taught at a very young age to be competitors, and to focus on differences. We’re not taught how to be interdependent instead of hyper-independent. We’re handed a whole set of cultural symbols. The car is a good example, a symbol of independence and adulthood and freedom.”

At Dancing Rabbit, she explained, a car cooperative meets transportation needs. Residents agree not to own and operate a personal vehicle. The ritual of surrendering one’s personal vehicle is stark. “Prying an American’s hands off of their car keys is quite a process to watch, actually.”

Ethical treatment of others is similarly grounded in a combination of vulnerability and materiality. Economic enterprises at Dancing Rabbit adhere to a standard wage and a rule that nobody can be paid more than 2.5 times that standard. Conflicts are dealt with through a conflict resolution process that incorporates the ethics of the entire community. Ludwig warned me against isolating treatment of workers from the larger social context of how neighbors treat neighbors and political leaders treat citizens. Such fragmentation is “an example of the dis-integration that our culture operates from,” she said.

Ludwig says that one important key to conflict resolution is “curiosity about differences.” She offered an example that may be relevant to many of us in the economic justice movement: differences in agenda that occur during meetings. “If, in a meeting, you say, ‘I think we should do X,’ and another person says ‘I think we should do Y,’ even if Y isn’t the opposite of X, we experience that as a threat, and as an attack on our original idea. Instead, we could be leaning into and getting curious about those differences and assume that, since we’re both in this group, we could get curious instead of defensive.”

“A Choice Between Fear and Love”

Honoring diversity – an issue that continues to plague progressive movements around the world – begins with “genuine curiosity” about differences, not formulaic acceptance or rejection. That openness is another kind of vulnerability. In a world where activists are as mistrustful of one another as we are of the forces we oppose (where those forces take full advantage of that mistrust), “leaning into” those differences may be a vital step towards cooperative consciousness. It is part of choosing love over fear, a subject that concerns economic activist Martin Adams.

Thom Hartmann calls Adams “one of the most important voices of our time.” He’s the Executive Director of Progress.org and a leading voice on the practical materialization of economic democracy. Educated to be a Wall Street financier, he found that he just couldn’t do it. Instead, he threw himself into nonprofit work and community organizing. Adams’s life experiences and research into economic egalitarianism led him to write Land: A New Paradigm for a Thriving World, wherein he advocates community land contributions and a land value tax as a means to achieve the kind of shared wealth long dreamed of by socialists and anarchists alike.

“Everyone has a right to land,” Adams told me when I spoke to him recently, “just as we all have a right to air. What if we had to pay for air? That would be inconceivable.” But what about values, our treatment of one another, and the barriers that exist to living a materially ethical life?

“We want peace,” he responded. “We want the freedom to be. To interact with the people we love. But on a deeper level, there’s a choice between fear and love.”

I mentioned that many Wall Street speculators are well aware of the unsustainability of capitalism and, in moments of candor, admit that they are working in the short-term, regardless of long-term consequences. What were his thoughts about that? Adams paused before saying: “Intelligence and consciousness are not always the same.” But the emerging universal realization that a sustainable and just future is necessary and possible opens many doors. “We need to speak to the people who are already convinced but don’t know it yet,” he said.

The scars of our fear smolder in Baltimore and other cities, linger across rural America, and feed the machines of a corrupt financial empire. We are justifiably angry about that. But as we turn towards one another, we need to feed another part of ourselves. Shared vulnerability is the beginning of collective justice, economic justice, materialized empathy. That’s the world we must win.