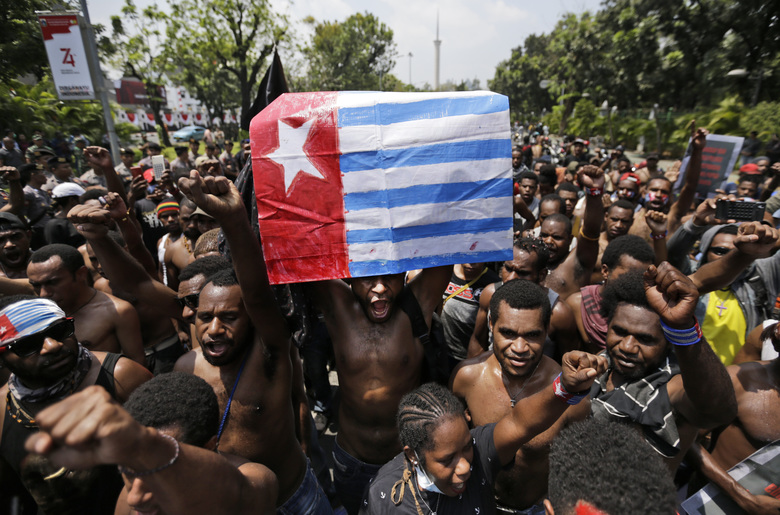 Thousands of protesters have taken to the streets in highland areas of West Papua, one week after violent demonstrations flared across Indonesia’s easternmost provinces, leaving one dead and dozens injured.

An anti-racist solidarity protest drew thousands of people in Dogiyai region, where marchers decried racism and called for determination, according to local reporter at the scene. Schools in Dogiyai were closed in anticipation of the rally with students joining the action, the reporter said.

In Wamena, the protest organiser Dominikis Surabat said a planned rally went ahead peacefully, with thousands joining. Protesters called for Papuan students to “return to the motherland” so they would be free of racist insults from Indonesia, he said.

Activists had expected thousands to join protests on Monday as the population of the highland areas is largely comprised of indigenous Papuans, compared with coastal towns such as Jayapura, where migrants from across Indonesia make up half of the population.

The planned action followed a week of rolling and in some cases violent demonstrations across West Papua, prompted by an incident in the Javanese city of Surabaya, where military officers and nationalist militia allegedly taunted Papuans with racist slurs, calling them “monkeys”, “pigs” and “dogs”.

Footage of the incident quickly went viral and has caused widespread anger across West Papua, culminating in mass protests and renewed calls for independence.

In Jayapura, Papuans who spoke to the Guardian were furious, saying they had long been discriminated against and treated as second-class citizens. Victor Yeimo, a pro-independence figure, said people were angry not “just because they call us monkeys, but because they [Indonesia] treat us like animals”.

At church services in the hills of Sentani on Sunday morning, pastors gave impassioned sermons denouncing racism they said Papuans had long endured, while across Jayapura banners were put up calling for racist actions to be rejected.

Prominent pro-independence figures in Papua said the Surabaya incident opened up historical wounds that had festered since the province was brought under Indonesian control in 1969.

An Indonesian government clampdown on the internet in the region has continued. A spokesperson for the Papua police, Ahmad Kamal, told the Guardian that internet services would continue to be limited for another week to prevent the spread of “fake news”. 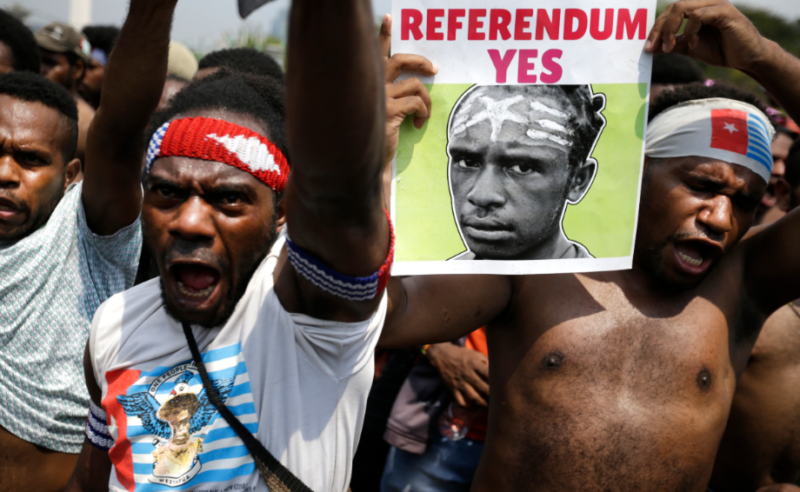 Markus Haluk, from the United Movement for the Liberation of West Papua, said the internet shutdown was “part of the military operation because the Indonesian military always finds a way to isolate Papua and stop Papuan voices being shared with the world”.

Local journalists have decried the blackout, saying it has made it increasingly difficult to verify information in the field at a critical time, while thousands signed a petition calling for services to be restored.

“Everything is down,” said Victor Mambor, the editor of Tabloid Jubi. “Many people are asking me about what is happening in Papua because they cannot get information. The internet is now only available in two places, Hotel Horizon and the Aston.”

At the news website Suara Papua, its editor, Arnold Belau, said internet services at its offices were totally severed on Sunday. “The state’s policy of blocking the internet is very damaging for us since Suara Papua is an online media so we rely on the internet,” he said, adding that at least 20 online media outlets in Jayapura were effected.

Amid the shutdown police have confirmed that one man was killed in an armed clash between pro-independence fighters and security personnel in Wamena on Friday.

Activists claim dozens have also been injured but police have disputed this, calling the information a “hoax”.