Above Photo: Striking teachers in February 2018

A year since statewide strike

Thousands of teachers and support staff in West Virginia are walking out of schools today and descending on the state capitol in Charleston to oppose legislation that would introduce the state’s first charter schools and divert public resources and students from traditional public schools.

Facing the possibility of imminent wildcat strikes, the teachers unions called the walkout for Tuesday but are scrambling to shut it down as soon as they can.

The strike occurs a year after teachers launched wildcat strikes in defiance of the unions in the state’s southern coal mining counties, leading to a nine-day walkout by over 33,000 West Virginia teachers and school support personnel. Although unions were able to regain control of the strike and sign a sellout deal that ignored teachers’ demands, the powerful walkout sparked the largest series of strikes by teachers in the United States in decades.

Once again, the strike is being pushed by rank-and-file teachers from below. Over the last several weeks, teachers in Mingo and other counties have pressed for strike action against the reactionary omnibus education bill being debated in the state legislature. Senate Bill 451 would tie a five percent wage increase for teachers to the expansion of charter schools, a voucher program that would pay parents to home school or send their children to parochial and other private schools, and other reactionary measures.

After the unions were forced to call for a statewide vote, teachers in all 55 counties voted last week for action, including a statewide strike, to oppose the bill.

The national teachers unions and their state affiliates are supporting amendments by the House of Delegates, backed by state Democrats, that would reduce the number of charters from seven to two and remove vouchers and some other measures.

In a letter to union members, American Federation of Teachers (AFT) President Randi Weingarten wrote, “Although the bill isn’t perfect, the House made substantial (and bipartisan) changes to the Senate’s punishing legislation. The House stripped out the measures that retaliated against teachers, and except for a small pilot program, also stripped out the ways the bill siphoned off funding from our public schools. Because of this we are supporting the House bill.”

The AFT and the National Education Association (NEA) have dropped any opposition to the expansion of charters and have sought to unionize charter school teachers in order to replace dues income lost due to the unions’ collaboration in school closings and mass layoffs of public-school teachers. The AFT supports the House bill largely because the Democrats stripped out the requirement that the unions get annual permission from teachers before they can deduct union dues from their paychecks.

The unions’ backing for the reactionary bill, however, provoked a firestorm of opposition from rank-and-file teachers who correctly saw the pilot program as opening the door for a vast expansion of charters, along with other school privatization schemes. West Virginia is one of only six states—including Montana, Nebraska, South Dakota, North Dakota and Vermont—which bans charters.

Having long taken the measure of the unions, state Republicans doubled down on Monday by amending the final Senate version to restore the authorization of seven charter schools and two new ones every year and reinstate so-called education savings accounts for 1,000 parents. On Tuesday, the House of Delegates will either vote for the final Senate version or reject it and send it back to a conference committee.

WVEA President Dale Lee complained that the state Senate was more interested in listening to “outside interests” pushing for charters rather than input from the unions. The union leaders, he said, “had worked patiently” with the state legislature and had made many proposals, including on the underfunded Public Employees Insurance Agency (PEIA), one of the main issues that provoked the 2018 strike.

Last year, these same officials, plus national leaders like Weingarten and NEA President Lily Eskelsen Garcia, shut down the powerful strike in West Virginia after cutting a deal with the state’s billionaire governor, Jim Justice, and the state legislature.

The agreement did nothing to address teachers’ main demands, including a substantial increase in pay and school funding and an end to impossibly high medical costs due to the underfunding of the PEIA. The deal also did nothing to reverse the decades of bipartisan corporate tax cuts handed over to the state’s coal and natural gas industries, which have bled the schools and other state services dry.

The 2018 strike was initiated by rank-and-file educators using social media. The unions’ first attempt to send teachers back to work based on a rotten compromise was rebuffed by teachers who defied the unions and continued the strike.

However, striking teachers did not have in place independent organizations which could resist the sabotage of the unions. With the help of various “left” apologists for the unions, the AFT and NEA reasserted their control and smothered the strike, declaring the sellout deal a “victory.” The same pattern occurred in all the subsequent strikes, from Oklahoma and Arizona to the strikes this year in Los Angeles and Denver, Colorado. 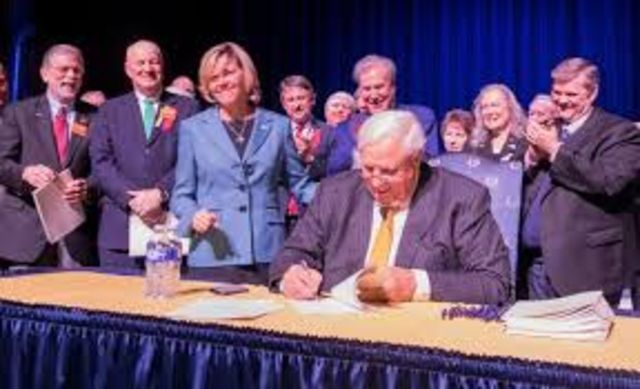 It is time for West Virginia to draw the lessons of all of these struggles. In every school and community, rank-and-file teachers should form strike committees, completely independent of the unions, to mobilize the broadest support in the working class to defend teachers and the right to public education.

Instead of appealing to bought-and-paid-for state legislators—Democratic and Republican—these committees should fan out to the factories, coal mines, and other private and public workplaces to fight for a general strike against the bipartisan attack on public education. At the same time, the strike committees should appeal to teachers in Oakland, California, who are set to strike on Thursday, and to educators across the US to prepare a national strike.

The struggle to fully fund education and guarantee the right to high quality public schools for all children is a political fight that pits workers against both corporate-controlled parties and the capitalist system they defend.

The resources to vastly improve public education must be secured through a frontal assault on the private fortunes of the billionaires and multi-millionaires who have enriched themselves through a relentless war on the jobs and living standards of the working class. Instead of squandering trillions on Wall Street bailouts, corporate tax cuts, endless wars and attacks on immigrant workers, trillions must be spent to provide every child with a free and high-quality public education.

The World Socialist Web Site is the only publication that has consistently warned teachers about the treachery of the unions and advanced the fight for rank-and-file committees and a socialist strategy to defend public education. We urge West Virginia teachers to subscribe to the WSWS Teacher Newsletter and take up the fight for this program.