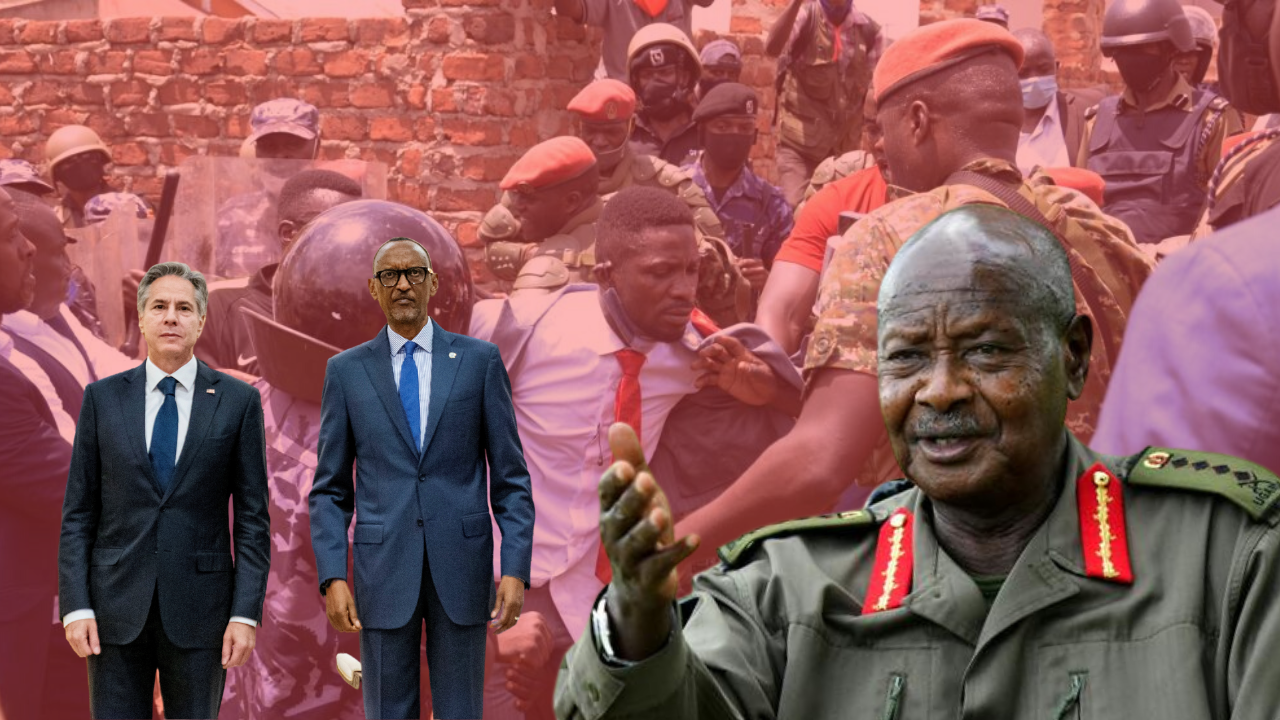 West Wants to Change Regimes for Itself.

Silver Spring, Maryland – The United States and its European allies only care about human-rights violations when it benefits them.

That’s what a few dozen members of the Horn of Africa and East Africa diaspora agreed upon as they gathered August 13 outside Washington, D.C.

A regional conference of the National Unity Platform, a political party in Uganda, brought together members of the country’s diaspora from the New York City and Washington metro areas to strategize on how to tackle U.S. meddling that props up leaders.

“The West wants to change regimes for itself, not for Africans—we remember Libya,” said Dr. Berhanu T. Taye, chair of the Global Ethiopian Advocacy Nexus (GLEAN) and member of the Ethiopian American Public Affairs Committee (AEPAC). He was referring to the 2011 U.S./NATO invasion that turned the most prosperous African country into a war zone that hosts slave markets.

‘Aid An Instrument of Western Neocolonialism’

While the conference’s theme was “Democracy & Security In East Africa & the Horn of Africa,” a series of protests the group staged the day prior was called, “No to Neo-Colonial African Dictators.”

Neocolonialism refers to the stage of colonialism in which a colonial power continues to control a country or a nation of people by supporting the rise to leadership of those within the oppressed nation who serve the colonial master. This continues the process of extracting material wealth for the benefit of the colonial powers. Loan programs through the International Monetary Fund and the World Bank are seen as tools to subjugate and profit off oppressed countries.

Taye referred to Western aid as “opium.” He encouraged conference attendees to get better organized for the struggle. “Aid is not only an instrument of Western neocolonialism, but of underdevelopment.”

The party’s regional conference included attendees and speakers from countries outside East Africa and the Horn of Africa, including Chad, Nigeria, Senegal, Sierra Leone and Guinea Bissau.

Some party members and attendees from other countries expressed frustration with non-governmental organizations and the U.S. government not taking their concerns seriously.

“The likes of [Ugandan President Yoweri] Museveni and [Rwandan President Paul] Kagame… would not be able to do what they do without the backing of the United States and the United Kingdom,” said Maurice Carney, who spoke remotely to the audience via Zoom. Carney is founder and executive director of U.S.-based nonprofit organization Friends of the Congo.

Among the violations the group denounced were Museveni’s government being partly responsible for destabilizing the Democratic Republic of Congo (DRC) by sending arms and proxy fighters.

Meeting notes from an August 8 convening of the United Nations Security Council show officials pointing out the Ugandan government’s support for a Daesh affiliate group.

The violence in the DRC has internally displaced 5.6 million Congolese, while 990,000 take shelter across the African continent. In February, the International Court of Justice ordered Uganda to pay $325 million in reparations to the DRC.

‘Billions Go Out the Back Door’

The U.S. Chamber of Commerce’s International Trade Administration encourages U.S. companies to do business in the DRC, citing “tens of trillions of dollars” in mineral wealth.

“The DRC is one of the most blessed places on Earth,” said Taye. “Sadly, the agents in the neighborhood—Kagame and Museveni—are facilitating the looting of Congo for the West.”

Non-governmental organization Global Witness reported in April that 90 percent of minerals coming out of one DRC mining area were shown to have come from mines that did not meet security and human-rights standards. Companies relying on minerals from such mines include U.S.-based Apple, Intel and Tesla.

“Aid that comes in the front door with tens of millions of dollars is a mirage,” Carney said. The United States has disbursed $618 billion in aid to Uganda since 2001. “Billions go out the back door in the form of extractions [of resources].”

‘Africa Is Going to Be Punished’

“She has done nothing,” he said.

Senyonjo added Rep. Gregory Meeks (D-NY) has been unhelpful. Meeks chairs the House Committee on Foreign Affairs and has introduced a U.S. House bill that would punish African countries for bypassing U.S. sanctions on Russia. U.S. Ambassador to the UN Linda Thomas-Greenfield said in an August 5 speech in Ghana that U.S. sanctions are not to blame for the global wheat shortage, all while threatening action if African countries buy Russian fossil fuels. However, cutting off Russia from the SWIFT global payments system prevents it from trading wheat, a major Russian export.

What does that mean for African countries that have relied on Russia for 32 percent of their wheat imports?

“Africa is going to be punished,” Senyonjo told conference attendees.

Netfa Freeman, the keynote speaker, warned attendees of approaching the U.S. government from a weak position and with the intent of appealing to the conscience. He said the United States cannot recognize human rights because it was built by violating the human rights of the Indigenous peoples and enslaved Africans. Now, it holds one-fifth of the world’s prisoners, including the longest-held political prisoners in the world.

“Convincing them cannot be the goal,” said Freeman, an organizer with Pan-African Community Action, a grassroots organization based in southeast Washington. He also is a member of the Black Alliance for Peace Coordinating Committee and hosts a local radio program.

Freeman added officials such as Thomas-Greenfield, U.S. Vice President Kamala Harris and U.S. Secretary of Defense Austin Lloyd mirror the comprador class that holds power in various African countries. A comprador appears to independently operate as a leader, but answers to colonial powers.

Freeman encouraged conference attendees to widen the scope of their solidarity to include Afro-descendants in Cuba, Haiti, Nicaragua and Venezuela, for example, because they, too, suffer under U.S. sanctions and threats of invasion. He connected events that took place during the same timeframe on the continent—the assassination of DRC Prime Minister Patrice Lumumba and the driving into exile of Ghanian Prime Minister and President Kwame Nkrumah—with the assassinations of Malcolm X and the Rev. Dr. Martin Luther King, Jr.

“Internationalism is the Achilles’ heel of U.S. imperialism,” Freeman said.

Freeman added the struggle must be waged against the system, not against individual leaders.

“We can’t be timid. We don’t ask for anything. We demand.”