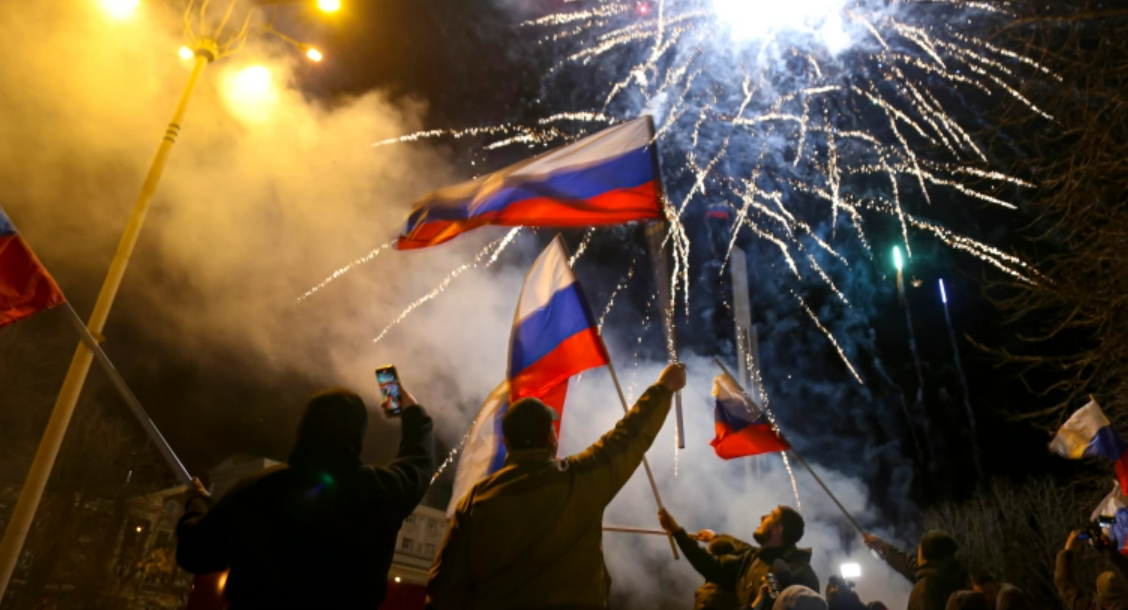 ‘Western’ Media Spread Copium To Prolong The War In Ukraine

Above photo: People wave Russian national flags celebrating the recognition of independence in the centre of Donetsk, the territory controlled by pro-Russian rebels, in eastern Ukraine, on Monday, February 21. Alexei Alexandrov/AP Photo.

The war in Ukraine is clearly progressing in Russia’s favor.

That is why I am appalled by the incompetent descriptions in ‘western’ media of past and current operations in that war.

Consider this June 21 map of the Lysichansk cauldron as it was developing. The frontline extended over 125+ kilometers (78 miles). 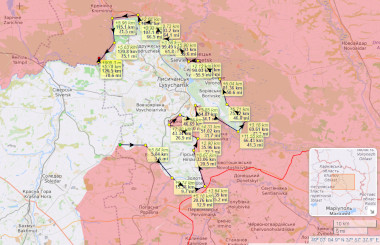 Fourteen days later and the map looks like this. 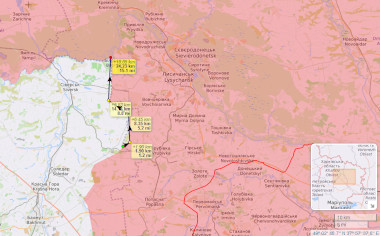 The frontline has been shortened to 25 kilometer (15 miles). On Sunday the Russia Defense Ministry announced that it troops had ‘liberated’ 184 square kilometer over the last 24 hours.

When I was in the military my tank battalion was expected to operate on a generally five kilometer (3 miles) wide frontline. That was of course just a rule of thumb depending on the terrain and other circumstances. But we can expect that a Russian Battalion Tactical Group (BTC) has similar abilities of frontline coverage.

Russia needed some 25 BTCs to cover the frontline on June 21. It now needs only 5 BTC to cover the current line. There were and now are of course additional reserve troops and some BTC are rotated out as rested ones come in just as Russia’s president has ordered them to do:

Shoigu told Putin that “the operation” was completed Sunday after Russian troops overran the city of Lysychansk, the last stronghold of Ukrainian forces in Luhansk.

Putin, in turn, said that the military units “that took part in active hostilities and achieved success, victory” in Luhansk “should rest, increase their combat capabilities.”

In a week or two those BTCs which now rest and resupply will be back. They will create a new cauldron around Siversk and maybe Bakhmut, decimate the Ukrainian forces within it to then capture the whole area.

Despite this obvious path to progress for the Russian side the Associate Press headlines:

The only purported evidence of high Russian costs are the assertions of a ‘military analyst in Ukraine’ who claims that some Russian units lost half of their soldiers. I have seen nothing that would support such a claim.

The AP writer then adds this:

The limited manpower has forced the Russian commanders to avoid ambitious attempts to encircle large areas in the Donbas, opting for smaller maneuvers and relying on heavy artillery barrages to slowly force the Ukrainians to retreat.

Please. Look at the above maps. What did Russia just do? It had made an ambitious attempt to encircle a large are in Donbas and succeeded with the effort in just a few days. The Ukrainian army threw everything it had available into the cauldron and lost thousands of men while the Russian army avoided direct men against men fighting to minimize its own casualties.

So while the Ukrainians will also benefit from the now shorter frontline they have lost many soldiers and abandoned lots of equipment during the last weeks and will have difficulties to create any reserves.

There is absolutely no reason to believe that the Russian forces are not able to repeat the process over and over.

Copium pieces like the AP’s one have the purpose of claiming that the Ukraine can still win the war and deserves wide support to achieve that.

Battlefield reality speaks against that. There is no chance that the Ukraine can gain superiority over the Russian army. No weapon delivery will help.

Yes, the HIMARS artillery system, directed by U.S. intelligence, can hit badly camouflage Russian weapon depots some kilometers behind the frontline as it did on two occasions so far.  But Russia has no lack of ammunition and will take countermeasures to better protect it.  Functioning armies always adapt to such challenges.

Any prolonging of the war will only lead to more deaths of Ukrainian soldiers, more wounded who will need care and more destruction. The only sane thing that can be done now is to press the Ukrainian president Zelensky to restart negotiations with Russia and admit the defeat of his troops.

Its much better to capitulate now instead of waiting for the Chechen leader Ramsan Kadyrov to come to Kiev and make him do so.