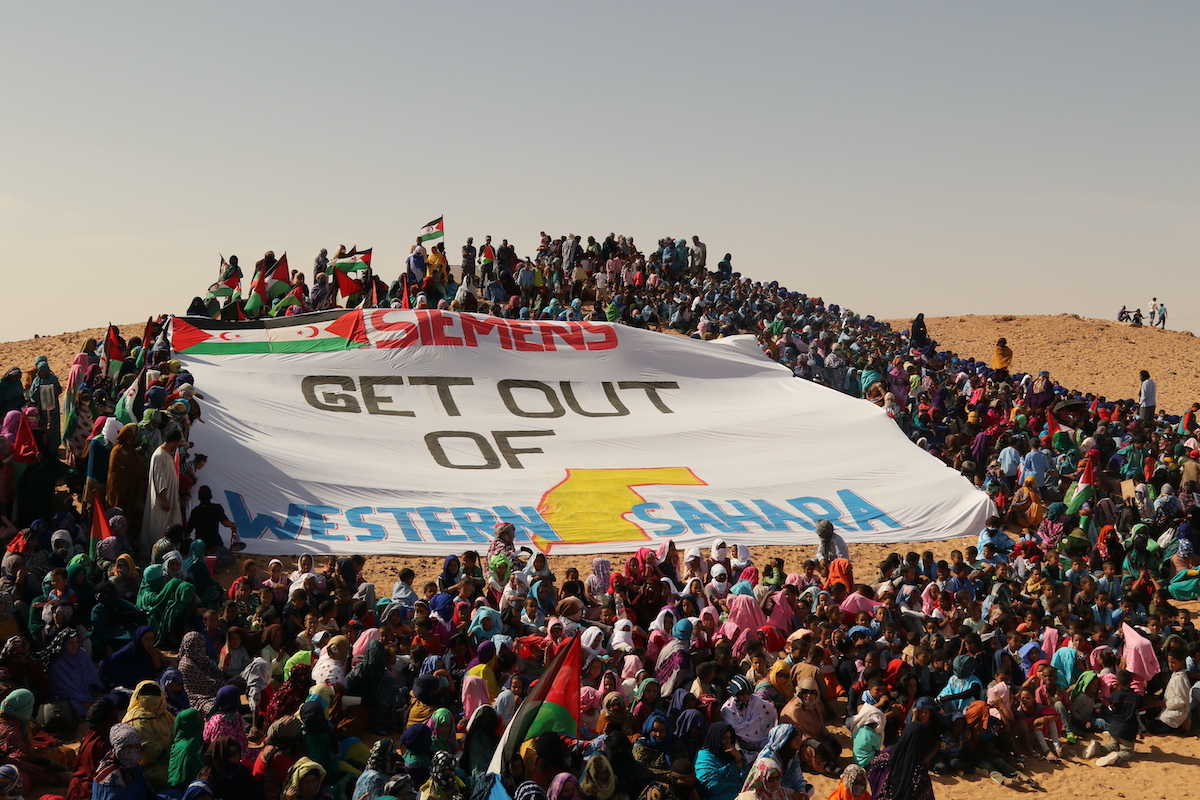 Western Sahara Will Be Liberated!

In the course of the 20th century, peoples and nations across Africa won their freedom from colonial rule.

Western Sahara was the only exception — and remains so today. Spain, which had ruled over the colony, abandoned it in 1975, handing the territory to Mauritania and Morocco. Both countries soon invaded, and Western Sahara remains under foreign occupation today.

NOTE: Learn more about the struggle of the Sahrawi People in this interview on Clearing the FOG.

International institutions have failed the Sahrawi people. Over 100 resolutions adopted by the United Nations have recognized the Sahrawi peoples’ right to self-determination, to no effect. The International Court of Justice condemned Mauritania and Morocco’s claims to Western Saharan land as far back as 1975, but Morocco continues to occupy the land illegally. In 1991, the United Nations promised to hold a referendum on Western Saharan statehood, but that referendum has not yet come to pass.

Today, some 200,000 Sahrawis live in conditions of violent occupation in Western Sahara. Another 200,000 live in refugee camps in Algeria near the Western Saharan border and in parts of Western Sahara under the control of the Polisario Front. A 2,700km wall with an estimated seven million landmines separates the two territories.

Now, at the invitation of the Polisario Front, the Progressive International is mobilizing a delegation to Tindouf, Algeria, to support the Sahrawi people, bring the eyes of the world to bear on their struggle, and help build the infrastructures of solidarity that can help them win and thrive.

This delegation is just the beginning. The support for anti-colonial struggles is not a one-off event or action, but a long internationalist tradition and commitment. That is why we are now launching a global campaign to support Western Sahara’s struggle for liberation and calling on all our members and allies to support the struggle.

You can do so by donating to support our delegation, with every contribution helping cover costs of travel and solidarity donations to our Sahrawi hosts.

And you can do so by downloading our Solidarity Toolkit, which sets out how you can mobilize in your organizations, movements, unions, or communities to advance the project of Sahrawi liberation.

We also invite organizations and individuals to submit ideas for further actions. Please send any suggestions to info@progressive.international.