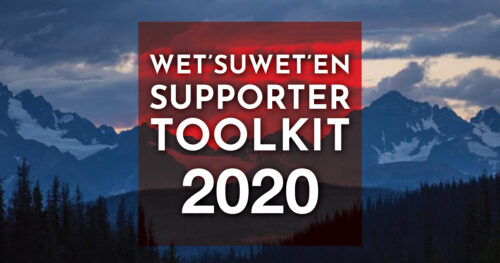 We stand as witnesses to this historic moment when the federal and provincial governments, RCMP, and Coastal GasLink/TC Energy (formerly TransCanada) are openly violating Wet’suwet’en, Canadian, and international law.

Coastal GasLink/TC Energy is pushing through a 670-kilometer fracked gas pipeline that would carry fracked gas from Dawson Creek, B.C. to the coastal town of Kitimat, where LNG Canada’s processing plant would be located. LNG Canada is the single largest private investment in Canadian history.

Each clan within the Wet’suwet’en Nation has full jurisdiction under their law to control access to their territory. Under ‘Anuc niwh’it’en (Wet’suwet’en law) all five clans of the Wet’suwet’en have unanimously opposed all pipeline proposals and have not provided free, prior, and informed consent to Coastal Gaslink/ TransCanada to do work on Wet’suwet’en lands.

How can you, as a supporter, show your solidarity with the Wet’suwet’en and Unist’ot’en battle against industry giants?  What can you do to stem the tide of colonization and corporate greed usurping Indigenous rights? 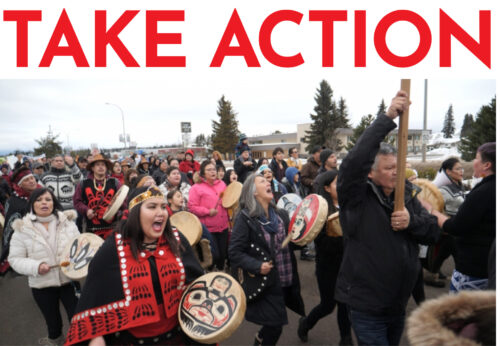 COME TO THE LAND 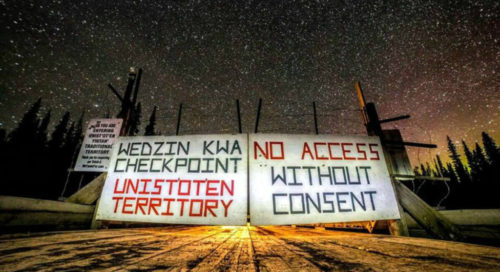 The Wet’suwet’en Hereditary Chiefs have maintained their use and occupancy of their lands and hereditary governance system, are the Title Holders of their territories, and maintain the authority and jurisdiction to make decisions on their unceded lands.  The 22,000 square km of Wet’suwet’en Territory is divided into five clans and thirteen house groups. Each clan within the Wet’suwet’en Nation has full jurisdiction under their law to control access to their territory.

The Wet’suwet’en fought for many years in the Delgamuukw-Gisday’wa court case to have their sovereignty recognized and affirmed by Canadian law. In 1997, the Supreme Court of Canada ruled that the Wet’suwet’en people, as represented by their hereditary leaders, had not given up rights and title to their 22,000km2 territory.

Knowing that further litigation would be prohibitively expensive to Indigenous plaintiffs (and that pipeline construction could be completed before any significant legal issues could be further resolved) TC Energy and the provincial and federal governments are openly violating this landmark ruling. The economic burden and emotional toll this has taken on Freda Huson and her family has been tremendous. They have had to retain two legal teams to deal with daily violations of Indigenous rights and to prepare a response for the injunction.

The Wet’suwet’en and Gitxsan nations have already proven in the Supreme Court of Canada that their Aboriginal rights and title has not been extinguished. Hereditary leaders from across B.C. support the Unist’ot’en.  It is deeply unjust to force the Wet’suwet’en to prove their right to live on their own territories (again) in a court system built to dispossess Indigenous people. If the injunction continues to be upheld by the courts, it will be in defiance of both Wet’suwet’en law and Canadian legal precedents. 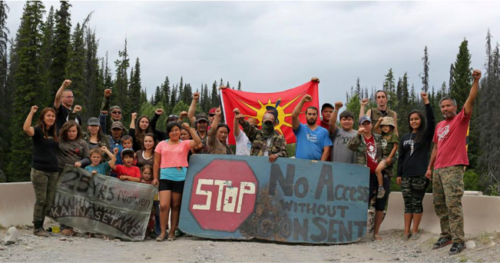 CANADIAN AND INTERNATIONAL LAW, RCMP, CGL, AND THE INJUNCTION

Articles relating to the Injunction and the Invasion in January 2019

HISTORY OF UNIST’OT’EN CAMP AND THE HEALING CENTRE

What is LNG and how is it produced?  How does Coastal Gaslink relate to fracking and why do the Wet’suwet’en say no to an LNG pipeline on their territories?

This backgrounder provides a summary of recent research and offers lots of additional resources for you to brush up on everything you need to know about LNG in British Columbia.