What A U.S. Peace Delegation Learned In Venezuela

Above photo: Ajamu Baraka speaks to media outside an urban garden in Caracas, VZ. By Margaret Flowers.

We mentioned last week that to gather the full range of evidence on U.S. efforts to sabotage Venezuela, a delegation of 13 leaders from peace, civil rights and women’s organizations were heading to Venezuela for five days.

The trip flying in was difficult because many airlines have refused to fly to Venezuela over perceived “danger”. Now, the trip back has been made more difficult because American Airlines refuses to fly to Venezuela. Yet this delegation found the embattled country lively and safe. While delegation members were stuck on the ground until further notice, they livestreamed yesterday.

During their five days in Venezuela, delegation members met with movement leaders and government officials, including President Nicolás Maduro Moros, who recorded a solidarity message that is posted on Twitter and Facebook.

The delegation also visited a community garden in Caracas on the invitation of Minister of Agriculture and Lands Wilmar Castro Soteldo. Delegation members were asked to plant seeds.

Don’t believe US lies about #Venezuela. They’re drumming up fear to justify war. We feel as safe in Caracas as in any large city.

We went for a walk just now to show you things are normal. We saw some peaceful pro-Chavista rallies yesterday. Is this scary?#HandsOffVenezuela pic.twitter.com/U9qyMyU00H 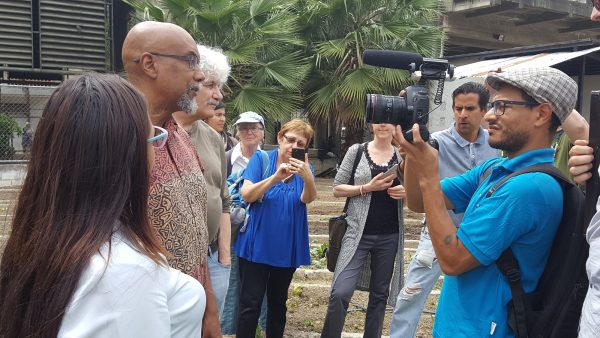 Ajamu also did a lengthy interview with Telesur that will air next week. 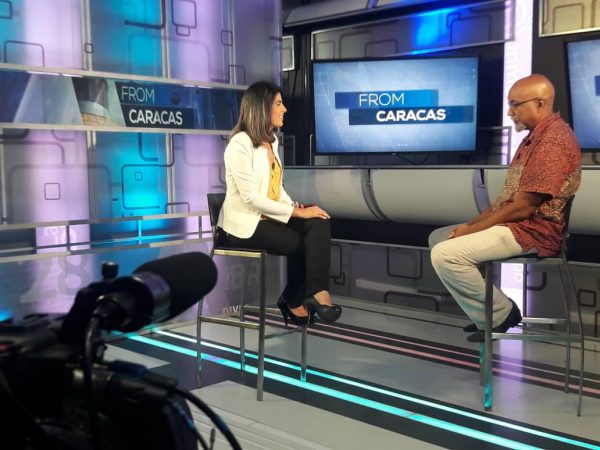 After the delegation returns to the United States, it will report its initial findings at a press conference at the United Nations that will be postponed from its original March 18 date to accommodate the delegation’s travel changes.

However, the U.S. Peace Council, which organized this delegation, still plans to hold a public conference call at 7 p.m., Eastern Time, on Monday.

BAP invites all defenders of peace, social justice, international law and national sovereignty to join us on this conference call.

After registering, you will receive a confirmation email containing information about joining the meeting.

Back in the United States, a BAP representative will speak at noon today at the ANSWER Coalition’s demonstration in front of the White House, in opposition to the U.S. intervention in Venezuela. Also join anti-NATO events from March 30 through April 4, which will include a BAP-organized street action and evening panel discussion on April 4.

Please consider supporting us with a generous donation. We need to raise $5,000 to cover travel, food and accommodations for our activists during this period of agitation.