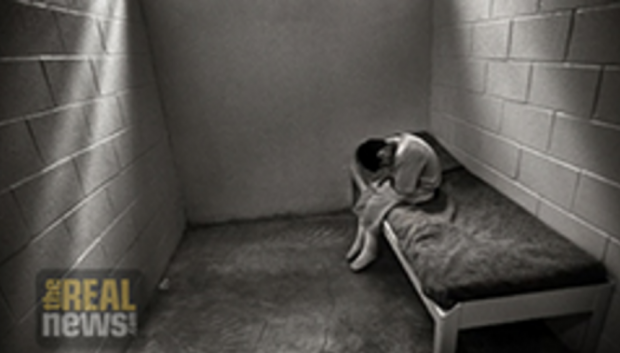 Bernadette Rabuy is the Policy & Communications Associate at the Prison Policy Initiative. Bernadette’s research has focused on prison and jail visitation and making key criminal justice data accessible to the public. She co-authored the first comprehensive national report on the video visitation industry, Screening Out Family Time: The for-profit video visitation industry in prisons and jails, which has played a key role in protecting in-person family visits in Portland, Oregon and the state of Texas from the predatory industry. Her research was also essential to the movement that led the largest video visitation provider, Securus, to stop its automatic bans on in-person visits. Bernadette has analyzed key Bureau of Justice Statistics data to make the criminal justice system easier to understand and therefore reform. She co-authored the report, Prisons of Poverty: Uncovering the pre-incarceration incomes of the imprisoned, which for the first time provides national income data for incarcerated women and Mass Incarceration: The Whole Pie 2015, which answers essential questions like how many people are locked up, where, and why. Bernadette is a graduate of University of California, Berkeley and has previously worked with the National Council on Crime and Delinquency, Voice of the Ex-Offender, and Californians United for a Responsible Budget.

Alan Mills is the Legal Director of the Uptown Peoples Law Center in Chicago, Illinois. The Center has been involved in ongoing litigation on behalf of Illinois prisoners challenging the procedures used to send inmates to Tamms, the states supermax facility. Shortly after Illinois Governor announced plans to close Tamms, he spoke with Solitary Watch about the path that led him to prisoners rights work and the Tamms litigation.

How can we subject prisoners to unnecessary solitary confinement knowing its effects, and then expect them to return to our communities as whole people?

On to discuss all of this and President Obama’s recent executive order on solitary confinement is Alan Mills and Bernadette Rabuy. Alan is executive director at Uptown People’s Law Center in Illinois, and Bernadette is the policy and communications associate at the Prison Policy Initiative. Thank you both for joining us.

PERIES: So let me go to you, Bernadette, first. It’s amazing that the society still accepts solitary confinement for juveniles. How did American society get to this state? How did this become so normalized in prisons?

BERNADETTE RABUY: Yeah, well, I think we have this system of mass incarceration, in which we have 2.3 million people locked up in the United States, and thousands in the facilities. We’re trying to reform this system where for decades political leaders were motivated by this idea of locking people up, just throwing away the key, and not really thinking about the ramifications of this sort of a policy for not only those people who are being put in solitary confinement, but also as [designation], where most people who are in our prisons and jails are going to be released. So what does it mean when we have juveniles in solitary confinement? We have adults in states like California spending decades in solitary confinement, isolated for at least 22 hours for each day for more than ten years.

PERIES: Alan, let me let you get in on this. How did we get to a state where we are locking up juveniles in solitary confinement?

MILLS: As Bernadette just said, this country’s used mass incarceration on a scale that’s unknown anywhere in the world. We lock up more people than anybody else in the entire world. And we view solitary, frankly, as the way to solve problems in the prison system. Just like we think of prison as the default for many social problems, inside the prison system we have simply locked away rather than trying to solve problems, disappearing them into black holes where they stay for sometimes decades. We’ve done that in the juvenile system, we’ve done that in the adult system.

PERIES: So, Alan, let me also ask you, now, President Obama has been in office for seven years. You would think that this is one of the first things that he would tackle. And I know he’s been trying to use his executive powers to push through this action in the past, but what took so long?

MILLS: Well, I, I think that there’s a national movement. I mean, he’s not the only one to be a recent convert to this issue. I think the prisoners in California who did a hunger strike over two different years, a series of lawsuits around the country, including one that we’re pursuing right now, very good policy work being done by the ACLU’s National Prison Project, and done by Bernadette’s folks out there at the Prison Policy Initiative, all of that has really created a movement around the country to challenge for the first time in decades our incredibly high number of people that we keep in solitary confinement.

At the same time, the medical side of things has gotten more and more detailed, and we’re getting more and more evidence of the harm that it does to people who spend long periods of time, and I’m talking about not just days or weeks, but decades, locked away by themselves in solitary cells.

PERIES: Bernadette, give us a sense of the research that had been done on the ineffectiveness of solitary confinement and the emotional and psychological–of course, the social dimensions of all of this.

RABUY: Right. Well, I think, just thinking about it from a human perspective, what it would be like to be isolated for 22 hours [inaud.] per day in a very small space. It should come to no surprise that that has very damaging mental health effects for the people who oftentimes already are facing mental health challenges, and sometimes as President Obama says in his op-ed in the Washington Post, sometimes even triggers new mental health problems for people in solitary.

So the research says that. We have psychiatrists all throughout the country who have spoken out about, on solitary confinement and those damaging effects it can have on mental health.

PERIES: Alan, of course President Obama, his new policy announcements that only affect the federal prison system. How likely is it that these reforms will also be adopted by the state level?

PERIES: And Bernadette, getting on how you think moving forward–I mean, the president is obviously making a breakthrough here. However, we are looking at a new leadership, and the election, and how do you think the candidates running for election should stand on this issue, and what is the best reform that we could be advocating for as voters?

PERIES: And Alan, what should voters take into consideration moving forward on this issue?

MILLS: Well, I think, I think voters–it’s very important for voters not to just take the attitude that many people have taken in the past, saying that any time a candidate says ‘tough on crime’, you say great, I’m all for it. I think hard questions need to be asked of candidates at every level, all the way from city officials, all the way up to the president, as to what are you going to do about the number of people that we are incarcerating? How are we going to reduce that number?

There is a bipartisan consensus growing that we lock up too many people for too long, including use of solitary. So I think that voters need to ask those questions of every elected official they come into contact with, write letters to the editor. All of that furthers the public conversation so that people who are running for office can no longer just yell and scream about tough on crime, and that’s all they have to say.

PERIES: All right. Alan, Bernadette, I thank you so much for joining us today.