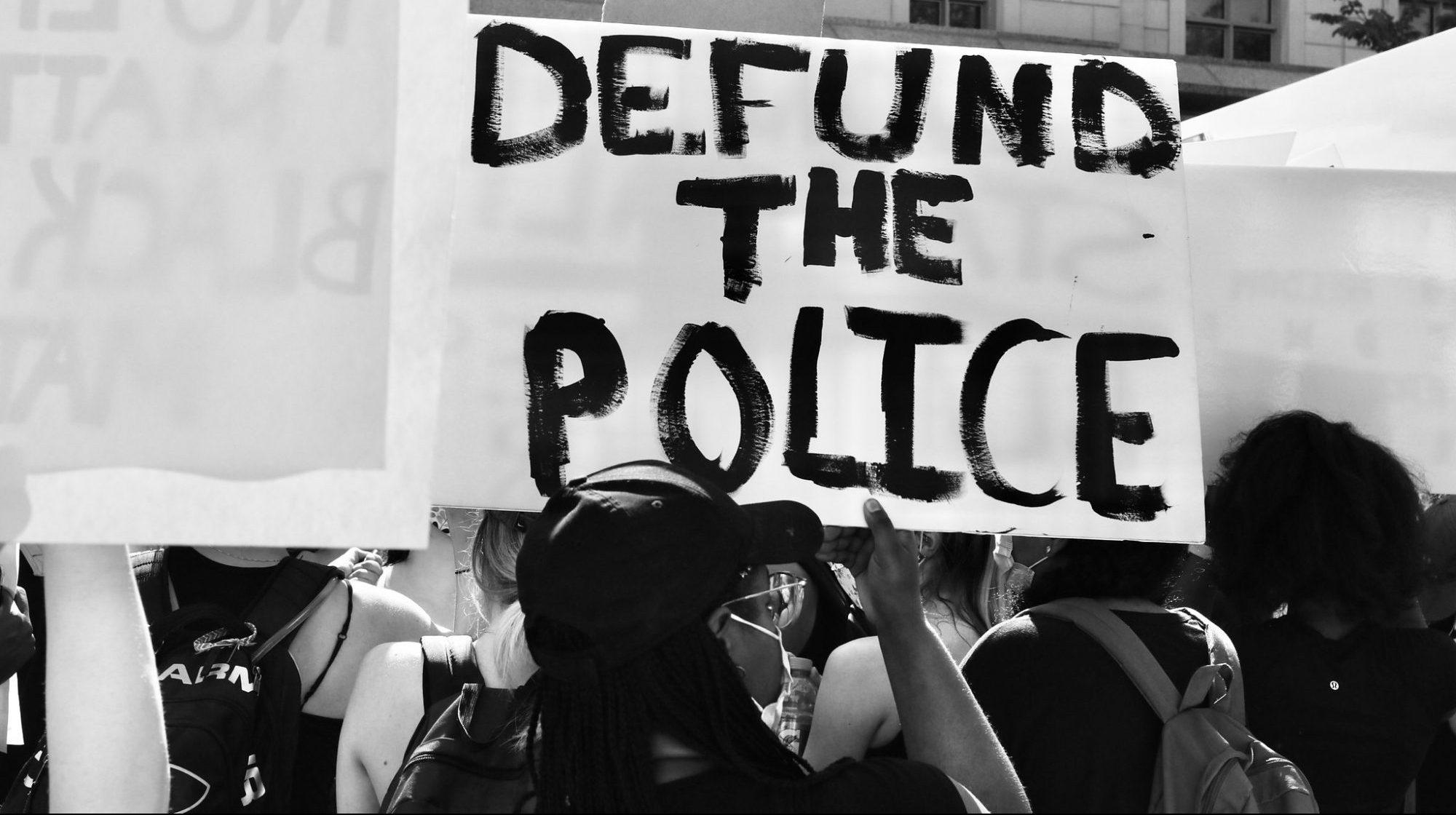 What Elinor Ostrom’s Work Tells Us About Defunding The Police

In the past weeks, I’ve watched the news about the explosion of protests against police brutality and racism in the United States and around the world, and the resulting conversations on police defunding, reform or abolition. As I scrolled through social media and obsessively scanned and rescanned the headlines, a small thought tugged at me.

It was the story of how one of my heroes, Elinor Ostrom, who won the Nobel Memorial Prize in Economic Sciences in 2009, had arrived at the research that made her famous. Ostrom has become celebrated as the person who introduced the world to “the commons” — that is, how people can, and do, manage the resources in their community through participation and sharing, instead of violence and competition. Her work was revolutionary and has changed the fields of economics, planning, public policy and environmental science.

But, not a lot of people know the story of how she started thinking about these issues. In fact, Ostrom cut her teeth on researching policing — specifically, police funding and size. In fact, her research on policing offers robust empirical evidence that can be pretty useful for the reform vs. defunding vs. abolishing debate going on today.

In 1970, Ostrom was a young professor at Indiana University. At the time, city governments were complaining about the fragmentation of urban services and were pushing to centralize them, including police forces. They assumed that the more centralized the police force — and the more funding they got — the less crime there would be.

To test this, Ostrom worked with the Indianapolis government and her students to measure the quality of police forces. Surprisingly — against common assumptions — they found that the smaller the police force, the higher the quality of policing, and the more positively residents evaluated the police. Amazingly, they did this research without any funding — as a woman in academia, she faced an uphill battle to get access to the same resources here male colleagues had.

But she didn’t stop there. Ostrom was approached by some of her Black students, who asked her why she was studying White neighborhoods, when the issue of policing was so important to Black communities.

Ostrom listened, and wrote her first grant application to use the methods she’d developed earlier to study the role of police force size on the quality of policing in Black neighborhoods. She got the grant.

Now working with her Black students, she compared Black neighborhoods in Chicago and small cities. The police in Chicago received 14 times as much funding as those they studied in small cities. What they found was pretty interesting: “…despite the huge difference in spending, we found that, in general, the citizens living in the small cities received the same or higher levels of services compared to the residents in Chicago.”

Ostrom knew there was more to learn and wanted to build the most rigorous case for supporting her initial findings beyond small towns vs. inner cities and beyond Black vs. White neighborhoods. Her team decided to expand their research once again and evaluated the data from a 1966 survey of 2,000 residents in 109 cities across the U.S. “We found a consistently positive relationship between city size and expenditure levels, but expenditure levels were not related to better citizens’ evaluations of the services provided,” the research revealed.

As she concluded in her autobiographical reflections published two years before she died in 2012, “For policing, increasing the size of governmental units consistently had a negative impact on the level of output generated as well as on efficiency of service provision… smaller police departments… consistently outperformed their better trained and better financed larger neighbors.”

But why did this happen? To explain this, Ostrom showed how, in small communities with small police forces, citizens are more active in monitoring their neighborhoods. Officers in smaller police forces also have more knowledge of the local area and better connections with the community.

She also found that larger, more centralized police forces also have a negative effect on other public services. With a larger police bureaucracy, other local frontline professionals with less funding — social workers, mental health support centers, clinics, youth support services — have less of a say in how to respond to a community’s issues  such as drug use or domestic violence. The bigger the police department, the less citizens — especially those that are already marginalized, like migrants or Black communities — have a say in how policing should be conducted.

This finding became a crucial step in Ostrom’s groundbreaking work on how communities manage their resources sustainably without outside help — through deliberation, resolving conflict and setting clear community agreements. This is what she ended up becoming famous for, and what won her the Nobel Memorial Prize in Economic Sciences, placing her next to some of the foremost economists in the world.

But her research on policing shouldn’t be forgotten: It shows that, when it comes to safer communities, having more funding or larger services is not important. What’s important is the connections and trust between the community and the service provider.

Her research doesn’t tell us whether it would be possible or desirable to abolish the police altogether. But it does provide clear evidence that police forces, especially in Black neighborhoods, don’t need to be as large as they are, and don’t need as much funding as they currently receive.

What would she say about the demand to abolish the police? She would have begun by looking at the evidence: Are there communities that don’t have police? There are plenty of examples out there.

Indigenous Peoples continue to practice safety without the police, such as a community in Whitehorse, Canada. Indigenous citizens of Chéran, Mexico “threw out” the police and took safety into their own hands. There is now little crime that was otherwise common in this part of Mexico.

In Rojava, Syria, each neighborhood has its own civil protection volunteers, which have to be 40 percent women. This group is separate from civilian peacekeepers, who are tasked with guarding government buildings and checkpoints since Syria is still a war zone. Almost all inter-personal conflict (e.g. domestic abuse, fights between neighbors) is resolved through yet another separate system of community mediation.

These are just three examples of what police abolition could look like, but there are many more. What these examples show is that it’s possible to do away with the police and still have safe streets. Yes, each of these communities still organize some form of community safety, but — though they fulfill similar roles — these look nothing like the institution of policing, as they share the balance of power with other services like mediation, healthcare and social services.

Most importantly in these communities, citizens can themselves take part in community safety, and suggest changes to how it works. Ostrom would probably not have been surprised if she was told about such examples, because this fits with her own later research on how communities can manage services together.

Ostrom’s research on policing, while not as well known as her other work, is a small piece of the puzzle in the debate on defunding, abolishing or reforming the police. Her early empirical research quite conclusively showed that defunding would very likely have positive results, and her later research gave us the tools to start thinking about how we could shrink, if not replace, the police, and what could take its place.