What Happened After The Panama Papers?

The unprecedented investigation into the rogue offshore industry was published on April 3, 2016. Here’s what happened next.

The impact didn’t stop after the initial uproar.

Investigations were sparked in more than 82 countries

Laws change, and so do behaviors

In New Zealand, an inquiry called the country’s trust laws “inadequate” and parliament strengthened laws to fight tax evasion and money laundering. The number of foreign trusts in New Zealand fell by three-quarters.

In Mongolia, MongolTV reported the resignation of capital city council chairman, Sandui Tsendsuren. He joined a list of political casualties from Iceland, Pakistan, Spain and beyond. 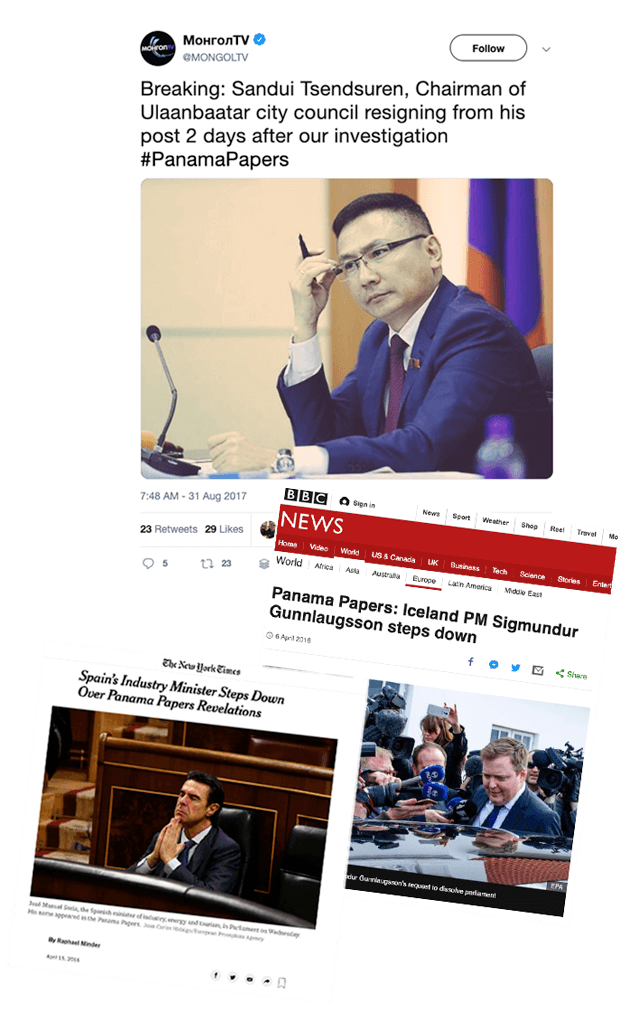 In the U.K, a taskforce told parliament that it had investigated dozens of people for tax evasion, arrested four others and would recover $252 million in back taxes and fines. 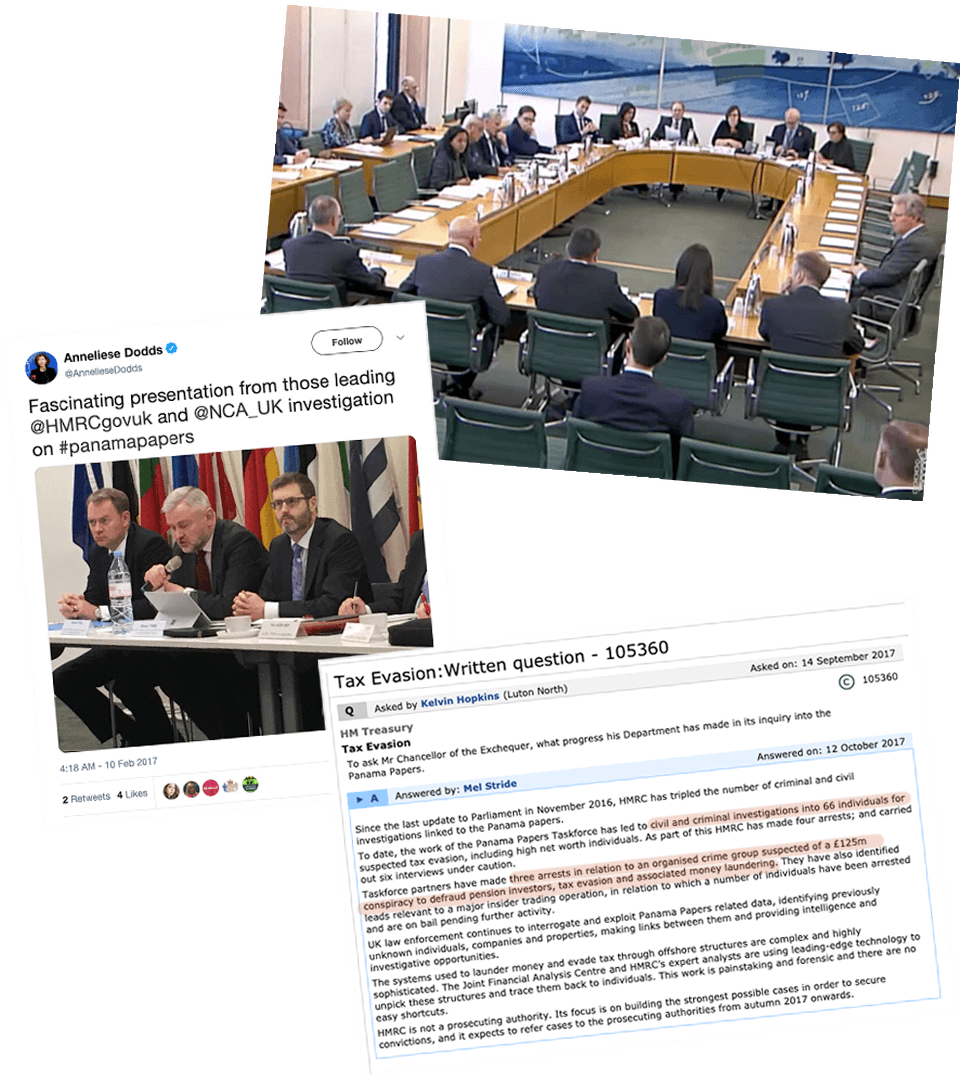 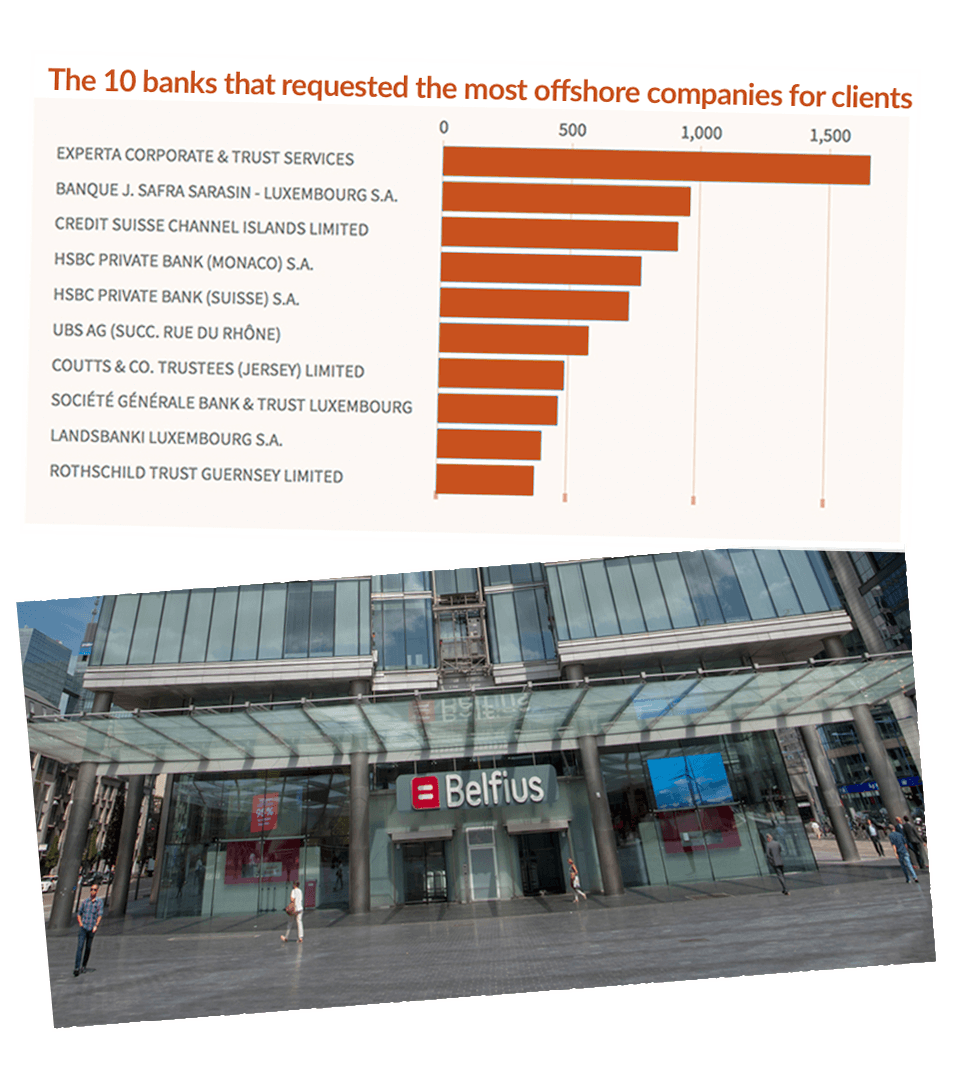 In Indonesia, the government decreed that all companies must reveal their true owners. The country was one of a number that introduced new rules to combat corruption and other illicit activities. 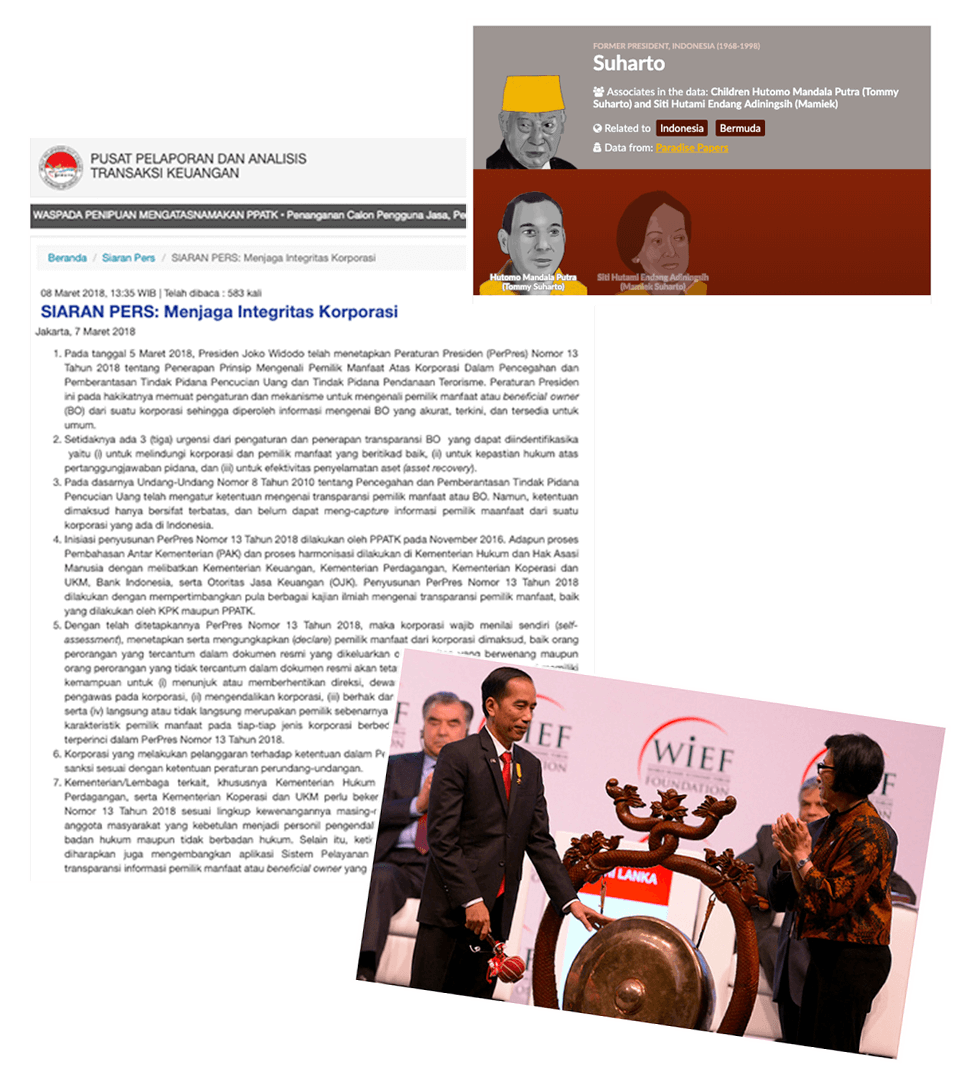 “One of the enduring benefits of the Panama Papers is that we now have the laws, and we have the government buy-in and commitment to support us.”

In Côte d’Ivoire, the ruling cabinet sacked a city mayor for alleged embezzlement after new investigations by ICIJ’s partners. 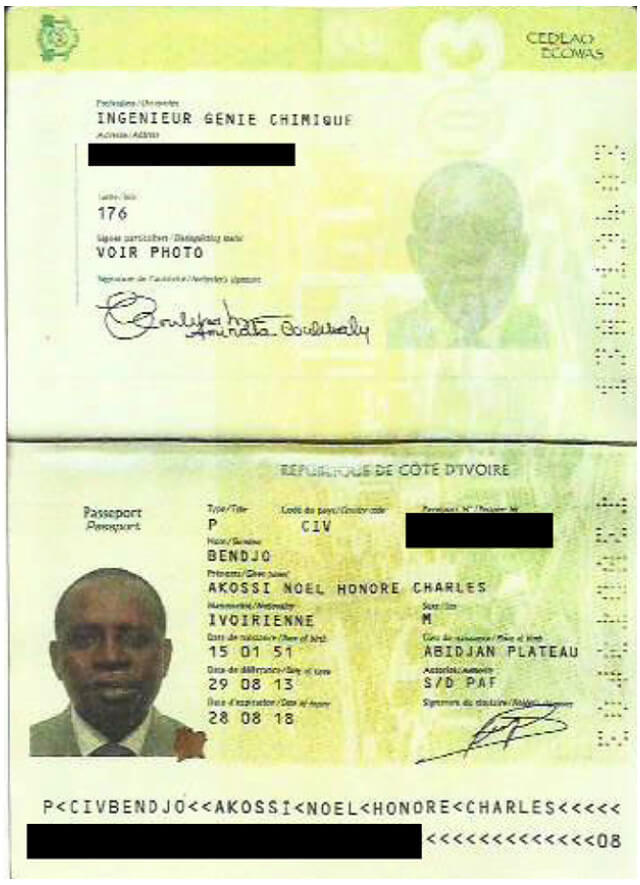 The chaotic scramble by Mossack Fonseca to survive was revealed in a second leak. It also shed light on unknown criminal investigations and revealed new findings about the world’s global elite.

The new 1.2 million files from the #PanamaPapers reveal the back-and-forth correspondence between Mossack Fonseca and various intermediaries. https://t.co/IGZkFqpV4X pic.twitter.com/PhDNzvUsjN

One Swiss intermediary in July 2016

In Algeria, prosecutors opened a money laundering probe into a milk mogul and sought Switzerland’s help to obtain bank records. 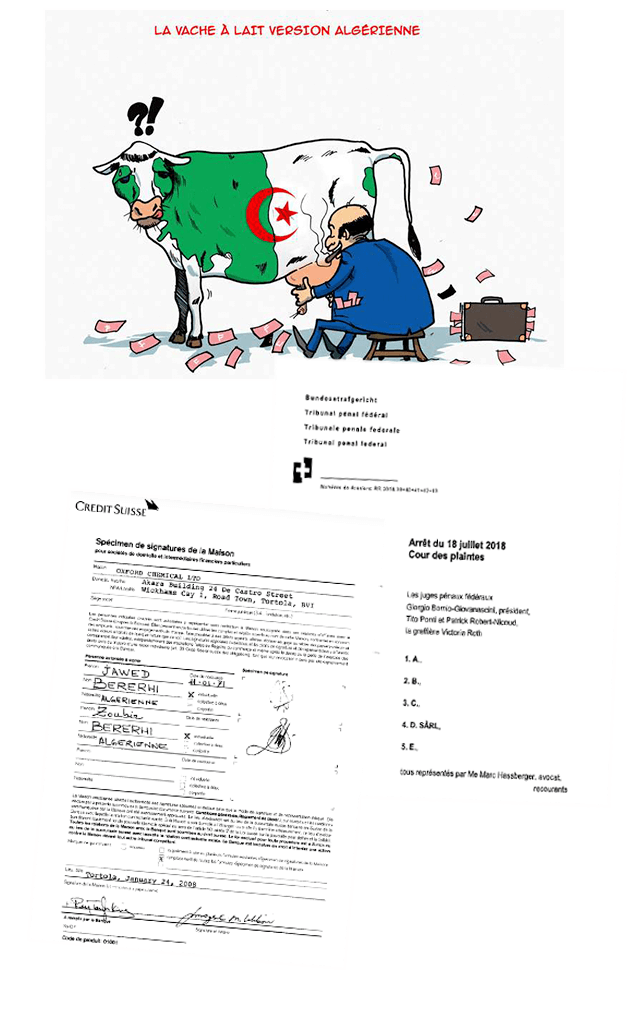 In Colombia, the tax office doubled its revenue collection after the Panama Papers encouraged citizens to report hidden assets. 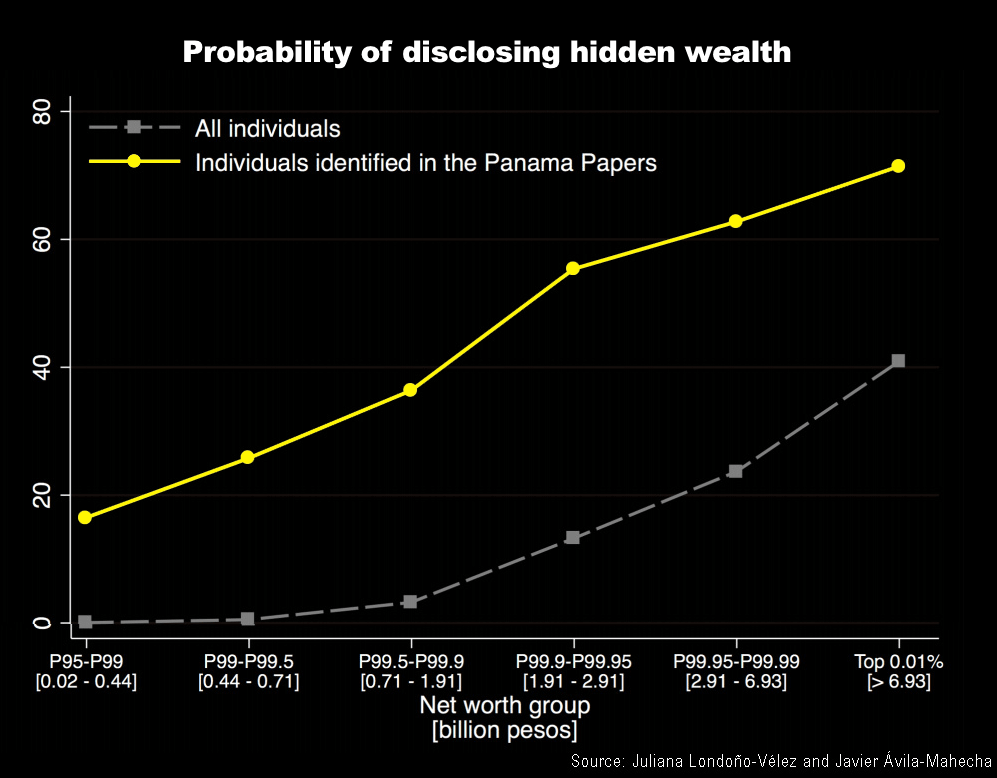 “I think it is fair to infer that this shows leaks can have a massive impact on tax compliance, through deterrence and fear of being detected.”

Banks are forced to respond

In Germany, 170 police raided the headquarters of Deutsche Bank as part of a money laundering investigation. The probe focused on whether the bank, Germany’s biggest, helped clients set up offshore accounts to transfer money from criminal activities. 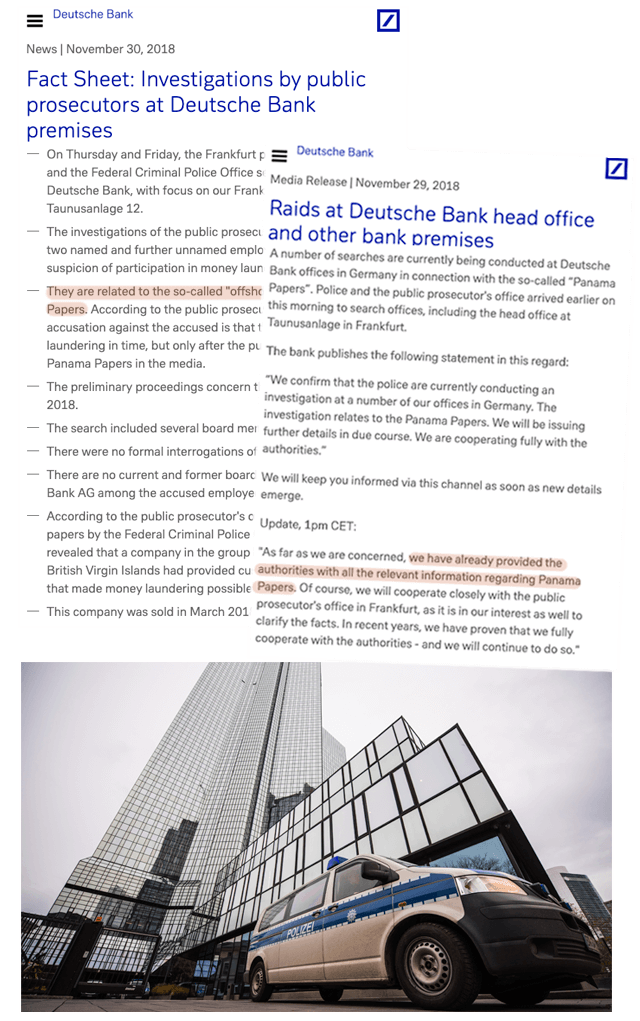 In the United States, authorities arrested the first known taxpayer for his involvement in an alleged “decades-long criminal scheme.” 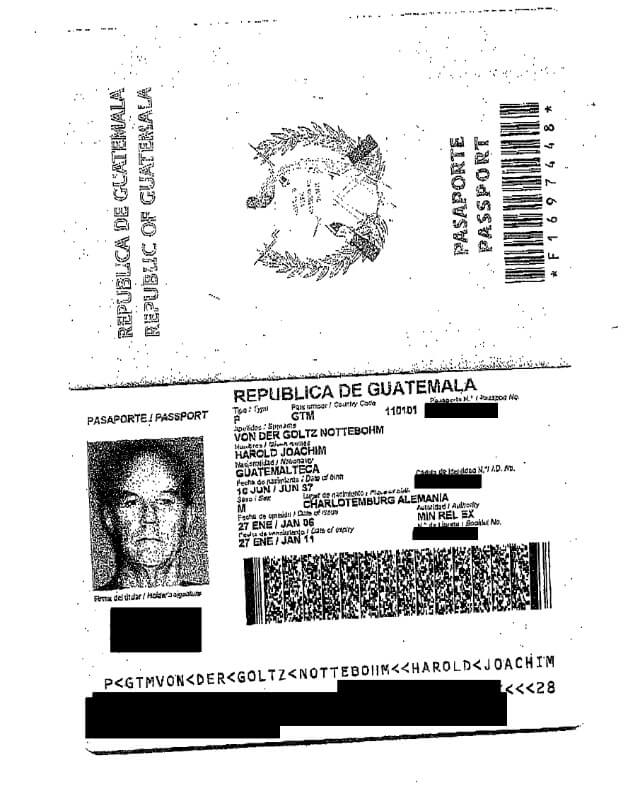 And more investigations are opened 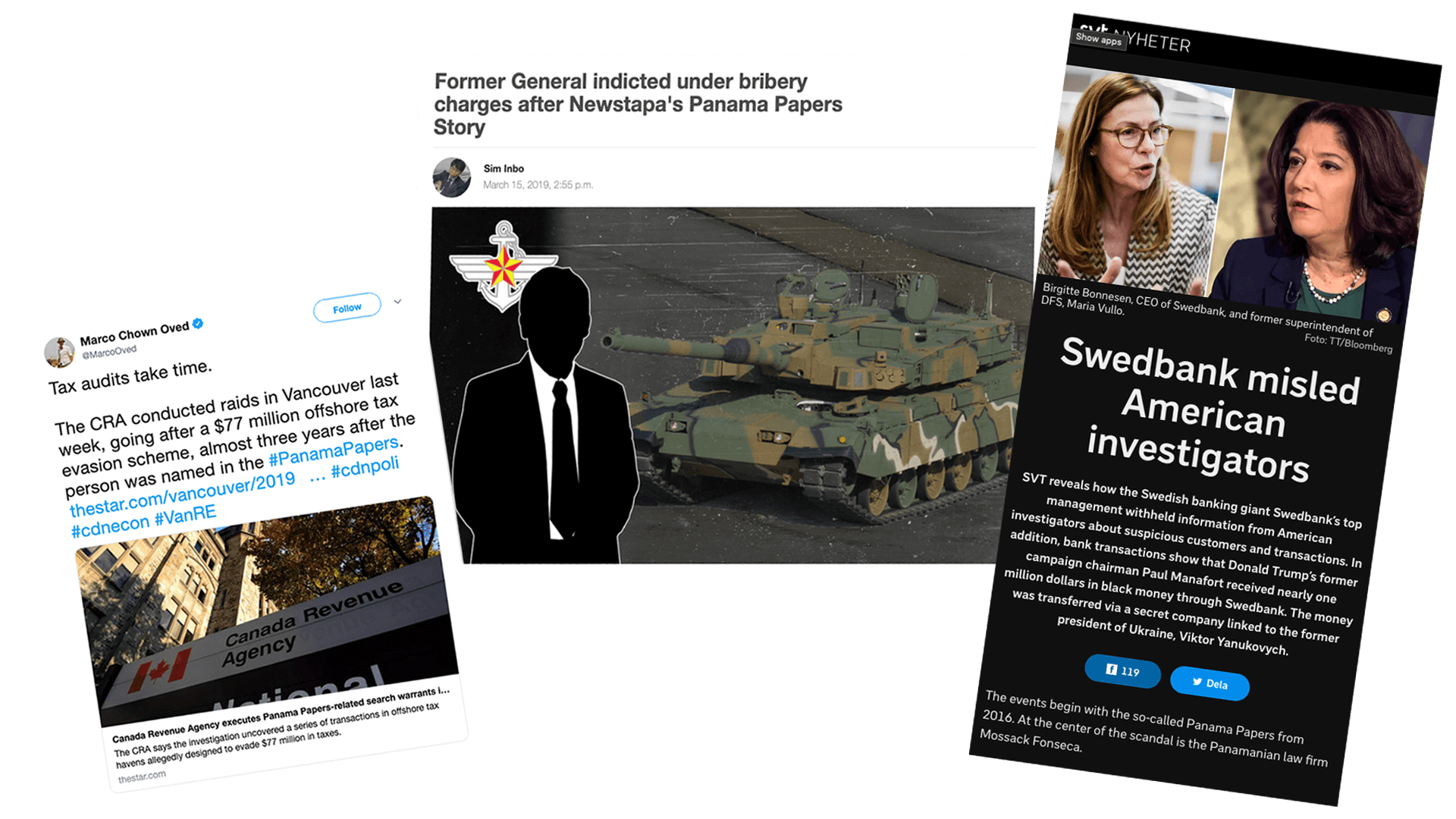 Your money is clawed back.

More than $1.2 billion has been recouped in 22 countries. Investigations were sparked in more than 82 countries.