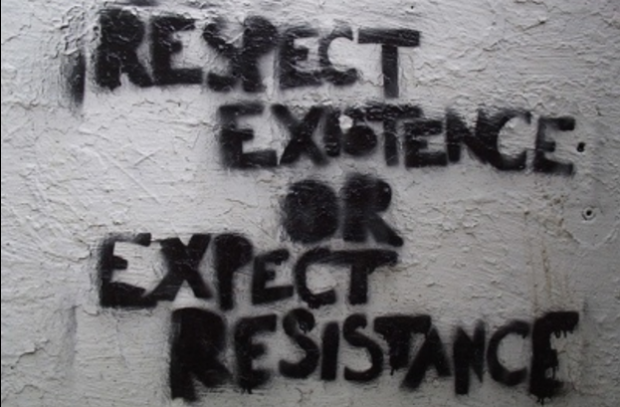 What If Revolution Were More Than A Campaign Slogan?

What if people in the United States came to understand “revolution” as something more than a campaign slogan in a presidential election campaign?

Ahmed Salah’s new book, You Are Under Arrest for Master Minding the Egyptian Revolution (a Memoir), early on characterizes its own title as an exaggeration, but over the course of the book works to substantiate it. Salah was indeed as involved as anyone in building public momentum in Egypt over a period of years, culminating in the overthrow of Hosni Mubarak, though all of his accounts of in-fighting among various activist groups necessarily have other accounts from each individual involved.

Of course, master minding a revolution is not like master minding a construction project. It’s much more of a gamble, working to prepare people to act effectively when and if a moment arises in which people are willing to act — and then working to build on that action so that the next round is still more effective. Being able to create those moments is itself more like trying to control the weather, and I think must remain so until new democratic forms of media become truly mass media.

Salah starts his story of movement building with the enormous criminal action that for the first time in many years inspired people in Cairo to risk taking to the streets in protest: the U.S. attack on Iraq in 2003. By protesting a U.S. crime, people could also protest their own corrupt government’s complicity in it. They could inspire each other to believe something could be done about a government that had held Egyptians in fear and shame for decades.

In 2004, Egyptian activists, including Salah, created the Kefaya! (Enough!) movement. But they struggled to exercise the right to publicly demonstrate (without being beaten or imprisoned). Again, George W. Bush came to the rescue. His lies about Iraqi weapons had collapsed, and he’d begun spouting a bunch of nonsense about war bringing democracy to the Middle East. That rhetoric, and communications from the U.S. State Department, actually influenced the Egyptian government to exercise a bit of restraint in its oppressive brutality. Also riding to the rescue were new means of communicating, in particular satellite television channels like Al Jazeera, and blogs that could be read by foreign journalists.

Kefaya and another group called Youth for Change that Salah led used humor and theatrical performance to begin to make it acceptable to speak ill of Mubarak. They created fast, small, and unannounced public demonstrations in poor neighborhoods of Cairo, moving on before police could arrive. They did not betray their secret plans by announcing them on the internet, to which most Egyptians did not have access. Salah believes foreign reporters have overstated the importance of the internet for years because it was easier for them to access than street activism.

These activists stayed out of electoral politics in what they saw as a hopelessly corrupt system, though they studied the Otpor movement in Serbia that brought down Slobodan Milosevic. They organized despite serious risks, including government spies and infiltrators, and Salah, like many others, was in and out of prison, in one case using a hunger strike until he was released. “Although the general public tends to doubt,” Salah writes, “that placard wielding activists can change anything, Egypt’s security apparatus treated us like barbarian invaders. . . . State Security had over 100,000 employees devoted to monitoring and eradicating any group that challenged Mubarak’s rule.”

Momentum for greater public resistance ebbed and flowed over the the years. In 2007 it was given a boost by workers going on strike and people rioting over the lack of bread. The first independent labor union in Egypt was formed in 2009. Various groups worked to organize a public demonstration on April 6, 2008, during which work Salah recognized a new and important role played by Facebook. Still, struggling to notify the public of a general strike on April 6, activists got a boost from the government which announced in state media that nobody should participate in the planned general strike on April 6 — thereby informing everyone of its existence and importance.

Salah describes many difficult decisions over the years, including choosing to work with the U.S. government and to travel to the United States to urge the U.S. government to put pressure on Egypt. This risked ruining or did ruin Salah’s reputation with people who quite correctly doubted U.S. good intentions. But Salah notes important instances when phone calls from Washington may have allowed protests to happen.

At one point in late 2008 Salah speaks with a U.S. National Security Council official who tells him that the war on Iraq “tarnished the idea of ‘democracy promotion'” so therefore Bush wasn’t going to do much to promote democracy. At least two questions leap to mind: Should murderous bombing give a bad name to actual nonviolent democracy promotion? and When in the hell did Bush ever before do much for democracy promotion?

Salah and allies tried to convert huge lists of Facebook friends into real world activists without success. They fought with each other and grew frustrated. Then, in 2011, Tunisia happened. In less than a month, the people of Tunisia (with neither U.S. help nor U.S. resistance, one might note) overthrew their dictator. They inspired the Egyptians. This was the weather getting ready to blow a storm through Cairo if someone could figure out how to surf it.

The online call for a day of revolution on January 25th was posted by a former Egyptian police whistleblower living in Virginia (which is also, as I recall, where leaders of the Egyptian military were meeting at the Pentagon at the time — so perhaps my home state was on both sides). Salah knew and spoke with the whistleblower. Salah was against such quick action, but believing it inevitable due to online promotion, he strategized how to make it as strong as possible.

Whether the action was inevitable or not is unclear, because Salah also went out and questioned people in the streets and couldn’t find anyone who’d heard about the plans. He also discovered that people in poor neighborhoods were more likely to believe the government propaganda that came over the only news media they had access to, whereas the middle class was spitting mad at Mubarak. An incident in which police had murdered a middle class young man showed people that they were at risk.

Salah also found that most people who said they would take part in a protest said they would only do it if everyone else went first. They were afraid to be the first to step into a large public square. So, Salah and his allies went to work organizing numerous small groups to begin protests in unannounced locations in middle-class neighborhoods and small streets where the police would be afraid to come after them. The hope, which was realized, was that small marches would grow as they moved toward Tahrir Square, and that upon reaching the square they would collectively be large enough to take it over. Salah stresses that, despite the existence of Twitter and Facebook, it was word of mouth that did the job.

But how would one duplicate that sort of organizing in a place as large as the United States, with the middle class spread across the soul-numbing sprawl? And how would it compete against the highly skillful propaganda of U.S. media outlets? Salah may be right that activists in other countries who have heard about the “Facebook Revolution” and tried to duplicate it have failed because it wasn’t real. But a form of communication that can drive a revolution remains greatly to be desired — with hints at it, I think, visible, not so much in social media, as in independent reporting, or perhaps in the combination of the two.

Salah looks at how the Mubarak government hurt itself by cutting off phones and internet. He discusses the uses of violence within the generally nonviolent revolution, and the use of people’s committees to maintain order when the police fled the city. He touches briefly on the incredible mistake of handing a people’s revolution over to the military. He doesn’t say much about the U.S. role in supporting the counter-revolution. Salah does note that in mid-March 2011 he and other activists met with Hillary Clinton who declined to help them.

Salah now lives in the United States. We should be inviting him to speak in every school and public square. Egypt is a work in progress, of course. The United States is a work not yet begun.