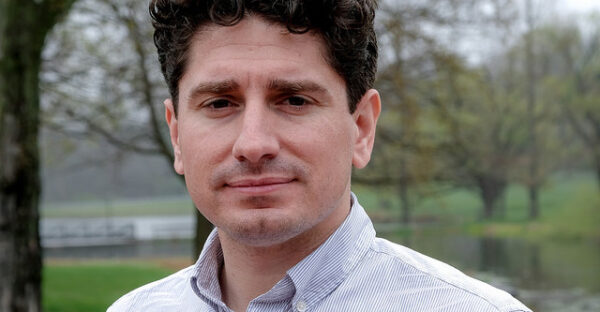 What If We Use Public Money To Transform Local Media?

Janine Jackson: CounterSpin listeners understand that the news media situation in this country works against our democratic aspirations. There are so many problems crying out for open, inclusive conversation, in which those with the most power don’t get the biggest megaphone, leaving the vast majority outside of power to try and shout into the dominant noise, or try to find the space to talk around it.

It’s no surprise, in that context, that conversations about how to make a different media system—differently structured, differently accountable—are among the hardest to have. But while corporate media can give the impression that, like it or not, billionaires controlling the flow of information is the only way things can go, that, like a lot of the elite narrative on political possibility, is simply untrue.

One project proving that is an effort to replenish and re-imagine local news, which listeners know has suffered dramatically in years of media consolidation, in this case in New Jersey. The New Jersey Civic Information Consortium is a first-in-the-nation project using public funding to support more informed communities. Early movers behind the project were the group Free Press, and we’re joined now by Free Press senior director of journalism policy Mike Rispoli. He joins us now by phone. Welcome to CounterSpin, Mike Rispoli.

Mike Rispoli: Hey, thanks for having me.

JJ: The New Jersey Civic Information Consortium was established in 2018, but the press resources on the website go back to 2016. What is it that happened then?

MR: In 2016, New Jersey was looking to sell some old broadcast public media licenses that it held, and in the selling of those state assets, the state received $332 million.

And Free Press Action was doing some work in New Jersey at the time. We were organizing in communities, trying to find ways to have communities partner with local newsrooms, but also hold local newsrooms accountable.

And so we were doing organizing around the state, and talking to people about the future of local news in New Jersey. And at that time, they’re set to receive this windfall from the sale of these TV licenses. And so we thought, hey, what would it look like if some of that money coming into the state was reinvested back into communities to address the growing gaps in news coverage and community information needs?

And so with that, we began the idea of what became the Consortium that ran a statewide grassroots campaign called the Civic Info Bill Campaign. And that work began in 2017.

JJ: I want to address just that point, because often when you hear about a new project that addresses an old problem, sometimes the vibe is: “We’ve invented something over here. We’ve created something. Now everybody line up and see if you can get access to this new thing we created.” But what you’re talking about is a very different model. It’s rooted. It grew, the Consortium grew, from a lot of relationship-building, didn’t it?

MR: It did, and I think what’s really interesting, especially in the case of New Jersey—so New Jersey receives essentially all of its broadcast media from out-of-state. It’s sandwiched between the New York and Philadelphia media markets. And so the state always had a really long and rich history of hyper-local print media.

And obviously we all have seen and experienced and have been impacted by the loss of local news, especially over the past 20 years. And many communities have never been well-served, even in the “good old days of journalism.” There are many communities who were never, never really well-served by local media.

And public media and the Corporation for Public Broadcasting, when that was created, one of its missions was to fill in gaps left by the commercial media market. Those gaps are huge now. They’re so much bigger, and especially in a case like New Jersey.

And so we thought, this is a re-imagining of how public funds can be used to strengthen local news and information, but it’s also a new way of doing it, because the Civic Information Consortium, it’s an independent non-profit that receives public funds, and then invests that into new and innovative local news and information projects, especially in communities that have been historically underserved, which include BIPOC communities, immigrant, poor, rural communities, among the least well-served in the state of New Jersey.

So how are we using public funds to address those really long-standing information needs, as well as the communities who have been impacted by the recent loss of local news in the state? And so it’s building on this precedent of public media, but also doing it in a much more innovative way, that uses state funds to address a community’s information needs, and really centering community in that process, as opposed to centering the journalism industry or corporate media.

JJ: I liked the description, I was struck by the description of the Consortium  on NJCivicInfo.org, that says that it “funds initiatives to benefit the State’s civic life and meet the evolving information needs of New Jersey’s communities.”

It doesn’t say, as you’ve just noted, it doesn’t say “newspapers,” or “give money to websites.” We always talk about the fact that the contribution of a news source isn’t just whether the reporters are smart or whether the visuals are high-tech—that it has to do with its structure, with who supports it and who it’s accountable to.

I think it’s interesting that we’re talking about information needs, and of course that includes journalism and media outlets, but that’s not the definition.

But instead, really what we talked about was not the woes of one specific industry, but instead we talked about the impact on communities when local news and information is not accessible. And we know from data, when local media is deficient or disappears altogether, it has significant consequences on civic participation. Fewer people vote, fewer people volunteer, fewer people run for public office; fewer federal dollars go to districts where there’s no local media presence. Government corruption increases, government spending increases.

So there are all these really profound effects on civic participation and the overall health of our communities when local media isn’t meeting people’s needs. And so we wanted to make the campaign, as well as the bill, really centered around that, as opposed to giving government handouts to corporate media, who contributed so much to the mess that we are in right now, and that we’re trying to figure our way out of.

JJ: Absolutely. I liked the comment from Columbia Journalism Review back in 2018; Heather Chaplin said that what’s so interesting about what was then the New Jersey Civic Information Bill was that

it seems to acknowledge in a very concrete way that “journalism” is not just its own island floating out in the middle of the ocean somewhere, but rather is just one part of a larger interconnected system that supports democratic life.

Let me ask you, Mike Rispoli, finally, to bring us up to this week, because there’s new news just recently. What’s the latest?

MR: Sure. So just this past week, the New Jersey Civic Information Consortium, which I’m grateful to also be a board member of, announced nearly a million dollars in grants to projects all around the state, all different types of projects: projects that train community members in the skills of journalism, and how to report on their communities; grants to high schools to train student journalists; grants to research institutions to look at community information needs of the state; grants to civil society, so people who maybe don’t come from a journalism background but do things like voter engagement or voter outreach; and giving money towards civic engagement projects, again with a particular emphasis on communities that have been the least well-served by New Jersey media.

What’s really exciting is that this round of grants just went out. We also gave out a half a million dollars last year, so the Consortium, even though the bill passed in 2018, it’s really only been doing grantmaking for the past two years or so. But we’re already starting to see the impact of how public dollars can not just help support these really interesting projects, but it will also help our grant recipients to attract philanthropic dollars as well.

And so we’re actually beginning to see more philanthropy going into local news projects in New Jersey, as a result of state funds being used to help get these projects off the ground. And I’ve been fortunate to be involved in this work, like you said, since 2016 or 2017, and always had an idea of the types of projects that the Consortium could support, but looking at the list of grantees now, and the really good, critical work that they’re doing, makes me feel really, really proud of this initiative.

And like you mentioned at the top, it’s really a first-of-its-kind in the nation, but we’re also beginning to see other states look to the New Jersey model, and take up similar legislation where they are. So what we’re really hopeful for is that not only will the Consortium have an impact with its grantmaking in New Jersey, but will hopefully also inspire other states, and maybe even Congress, to look at how public funding can support local news and information.

JJ: We’ve been speaking with Mike Rispoli, senior director of journalism policy at Free Press. You can learn more about the New Jersey Civic Information Consortium on their site, NJCivicInfo.org. Thank you so much, Mike Rispoli, for joining us this week on CounterSpin.

MR: Thank you so much for having me.