What Is Needed In This Moment

Are you or do you know an emerging activist who needs support? Popular Resistance and the Kevin Zeese family are launching the Kevin Zeese Emerging Activists Fund with an online celebration on his birthday, October 28, from 7:30 to 9:00 pm Eastern. Learn more and buy tickets here. We will begin accepting applications after October 28.

The United States’ elections will occur in a few weeks and many people are concerned about what will happen. Will they be able to vote? Will their votes be counted? Will the process be prolonged? Will President Trump refuse to leave the White House if he loses? Groups are beginning to organize to protest if President Trump stays in office, whether he is re-elected or not.

What is happening now is really not very different from what happens every four years, although perhaps it’s more exaggerated. Huge sections of the population have faced barriers to voting throughout our history. The computerized system of voting in the US has failed to guarantee that all votes are properly counted for decades. And fear is and has been used to manipulate, divide and distract people from the greatest dangers we face.

It is important to pull back in this moment of panic and look at the bigger picture of what is happening lest we focus on the wrong issue and play into the hands of the ruling class. Division, distraction and fear are their tools of control. Our tools to counter them and to create the transformational changes we require are solidarity, focus and courage. 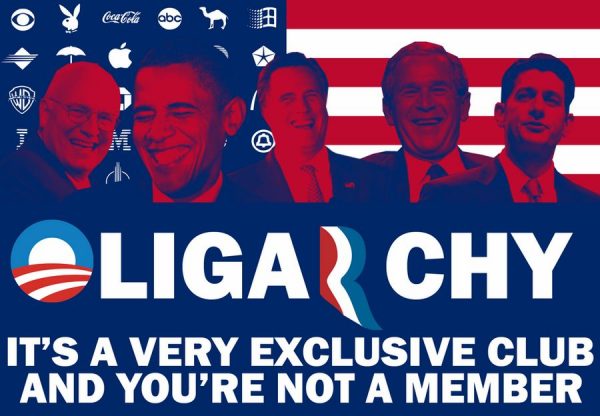 What are we fighting?

President Trump, for all his horribleness, is a manifestation of who and what the United States has been since its founding. Populations that have experienced the ravages of colonization, racism, genocide, capitalism and imperialism know this. Now, as the US empire crumbles and the ruling class steals the last tidbits before it all falls down, more of us, especially the white working and middle classes, are getting a taste of this callous repression.

It is common these days for people in the US to speak about fascism and to fear “it may come here” without recognizing that the US created the template for fascism. David Carroll Cochrane writes in Waging Nonviolence that Hitler in Nazi Germany was a huge fan of the United States and tried to emulate what the settlers did by expanding the German Empire eastward all the way to the Ural Mountains through violence, racism, colonization and genocide.

Hitler used the tactics of the “American Way of War,” as Roxanne Dunbar Ortiz describes in her book, “Indigenous Peoples History of the United States,” by destroying peoples homes and access to necessities such as food, dehumanizing and terrorizing people to drive them off their land and then locking up those who remained in concentration camps, called reservations in the US. Hitler failed where the US succeeded because the US colonizers did so over a longer time frame, in a less-populated land and without the intervention of other nations.

The US is on the road to fascism and it is being paved by Democrats and Republicans. In Liberalism and Fascism: Partners in Crime, Gabriel Rockhill writes, “what fascism and liberalism share is their undying devotion to the capitalist world order. Although one prefers the velvet glove of hegemonic and consensual rule, and the other relies more readily on the iron fist of repressive violence, they are both intent on maintaining and developing capitalist social relations, and they have worked together throughout modern history in order to do so.” He explains how fascism arose within the legislative system and how it was manifested once it solidified its power. The similarities to what is happening in the United States today are striking.

Rockhill argues that defining our struggle as liberalism versus fascism misdirects our focus and energies. What we are fighting is end-stage capitalism and both major parties are capitalist parties who will continue the agenda of the power elites no matter who wins. Believing the struggle is about Democrats versus Republicans pits people against each other, dividing and weakening us, which is exactly what serves the power structure’s interests. 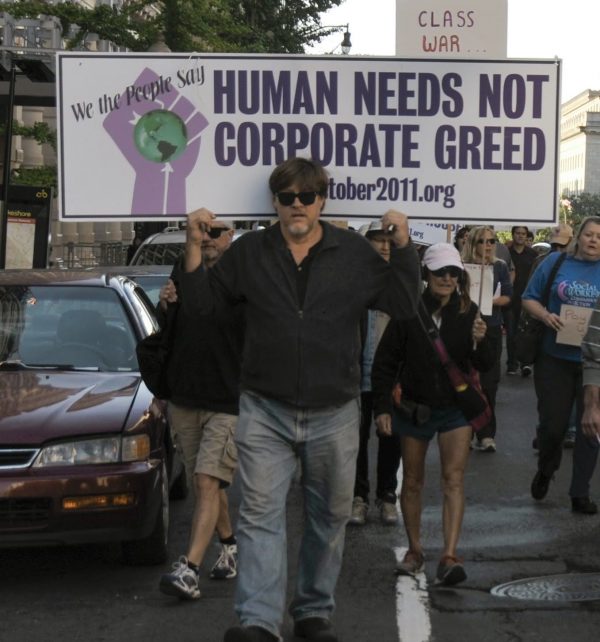 How do we fight?

This election and the organizing around it are largely being focused on removing Trump, as if that will put us on a path to solving our crises. Even if Biden wins, he has already declared war on the poor and working class and the world. Biden openly rejects Medicare for all during a pandemic when millions of people are losing their jobs and the health insurance that went with it. Biden rejects the Green New Deal as the climate crisis rages. Biden’s foreign policy will continue the US imperialist agenda and security strategy of great power conflict with Russia and China, risking nuclear war. And for those who believe Biden will be a friend of labor, remember that Obama made the same promises and then denied labor’s demands after he was elected.

In reality, change will not come through the electoral system. It is a system controlled by the Republicans and Democrats and their wealthy backers. When we work inside this framework, we are working within their system. As much as people want to believe the US is a democracy, this is a mirage. That doesn’t mean boycotting the election, just realizing your vote can either support the power structure by voting for capitalist parties or challenge it by voting for candidates outside of them.

We need to work outside their systems, not legitimize them. We need to find our areas of strength and the power holders’ weaknesses and use tactics that build our strengths as we weaken theirs. Throughout history, it is an organized and mobilized people that has won transformational changes. We hold power through our shear numbers. Remember how the Occupy Movement shook the power structure just nine years ago and how much social movements and our skills have grown since then.

Check out the free Popular Resistance School to learn more about how social transformation occurs.

Here are some recommendations: 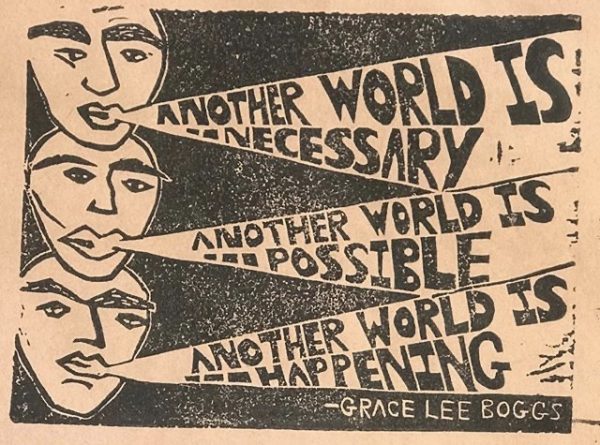 People have the power

No matter what happens in the November election, capitalism that exploits people and the planet, systemic racism that perpetuates grave inequities and violence, and imperialism that harms people around the world will continue. To stop these, we need to mobilize now and into the years ahead with clear demands, solidarity and courage.

There is something for everyone to do, so find your place by offering your skills whether it is sharing information, mobilizing to take action or supporting those who are mobilizing with food, medical care, legal aid or security or using your creative skills to reach peoples hearts.

In the words of Vijay Prashad:

“The planet is on fire, the viruses are on the march, hunger stalks the land, and yet, even in this mess, we – the vast majority of the people on the planet – have not given up on the possibility of a future. We hope for something better than this, a world beyond profit and privilege, a world beyond capitalism and imperialism, a world singing the song of humanity. Our hearts are bigger than their guns; our love and our struggle will overcome their greed and indifference.

Many seeds are being planted by our movements. We need to water them, to tend to them, to make sure that they bloom. We will build a future that cherishes life rather than profit, a future of fellowship amongst peoples rather than racist wars, a future in which social hierarchies are abolished, and in which we enjoy mutual dignity.

Only when it is dark enough can you see the stars. It is now dark enough.”