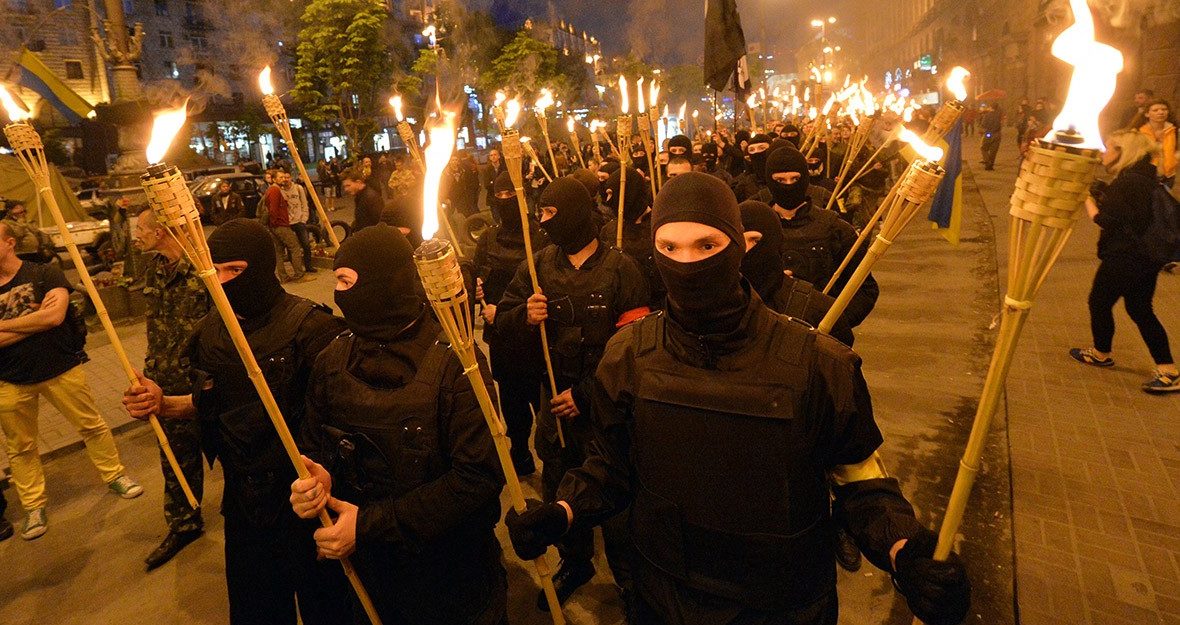 What Is Offensive, What Is Defensive, In The Ukraine Conflict?

An important aspect of debate on conflicts relates to identifying offensive and defensive forces as this has important implications for ethical aspects and the moral strength commanded by contending sides.

In the Ukraine conflict there are many complexities, but perhaps such identification can become becomes easier if we follow Prof. Richard Falk in seeing the Ukraine war in terms of not one but three wars—Russia vs. Ukraine, USA vs. Russia and Western Ukraine vs. Eastern Ukraine.

If Russia vs. Ukraine war is seen to be starting from February 24 2022, then clearly Russia is in the offensive position in this war. However in the larger and for world peace the riskier war– the  USA versus Russia conflict—the USA is clearly in the offensive for the much longer period of nearly three decades. In the third war, which started as a domestic conflict or a civil war—broadly Western Ukraine vs. Eastern Ukraine—it is Western Ukraine which had been in the offensive for the much longer period till very recently. The Russian language speaking people in Eastern Ukraine and Donbas region suffered several terrible attacks, with most probably thousands dying, a larger number injured and harmed or forced to leave for Russia, a tragedy continuing for years, without western human interest groups doing enough to draw attention to this tragedy or to its culprits.

Without the second and third conflicts continuing for many years, it is most likely that the first war would not have happened. So it is necessary to look at all three together.

A related question we may ask is—what would have been the situation if the USA and its close allies had completely kept away from undue interference in the affairs of Ukraine?

When we speak of undue interference we mean in this context—interference in elections and democratic processes of Ukraine to influence the results including ruling regimes, sabotaging or harming the prospects of some leaders while promoting others, strengthening those movements or protests which serve the interests of USA foreign policy rather than of Ukraine society, strengthening extreme nationalist or even neo-Nazi groups with focus only on their role in fighting Russia or Russian speaking people of Ukraine while ignoring wider risks, influencing ruling regimes particularly with respect to pursuing hostile policies towards Russia and internal regions of Russian speaking people, above all providing weapons and military training motivated by similar bias.

Unfortunately the USA has pursued such a policy of undue interference for almost three decades, its intensity increasing with time, getting worse with the dawn of this century and peaking around 2014 or so, then more or less maintaining this level since then with perhaps with only a little relaxation now and then.

Now if all this undue interference had not been there at all, then by all indications Ukraine would have been a normal democracy living in peace. Democracies have a way of resolving disputes and contentious issues. Most people in Ukraine understand that it is not helpful to live in enmity with big neighbor Russia. So ways and means of resolving differences would have been found.  Reasonably good integration of Western Ukraine with Eastern parts would have been achieved and Ukraine would have emerged as a reasonably well-integrated nation without any serious risk of civil war or disintegration or external war.

However it is undue interference of the USA, its allies accompanied by constant eastward expansion of NATO which created the conditions in which internal conflict increased, hostility towards Russia kept increasing till war became more and more likely and internally the most aggressive groups who stood no chance of leadership in democratic processes got unduly strengthened, armed, and increasingly belligerent with promises of USA support. Ultimately the policies of undue interferences first brought civil war and then external war.

So together with negotiating ceasefire and the return of Russian forces, the people of Ukraine have to assert their sovereignty as a truly independent nation in such a way that they can live in future peacefully as a neutral country, refusing to become the land where proxy big power conflicts are played out.

So the peace agenda has two aspects. A negotiated settlement which ends the invasion as early as possible and whereby Russia is assured of its legitimate security interests being met. Secondly, ensuring a peaceful future for Ukraine as a neutral democracy must be a very important part of any efforts and processes for durable peace. In this context the silent voices of a majority of people, particularly women and children, must be heard—the voices speaking for secure homes and schools, not for grenades and guns.

Bharat Dogra is Honorary Convener, Campaign to Save Earth Now. His recent books include A Day in 2071, Planet in Peril, Man over Machine, Earth Without Borders and Protecting Earth for Children.