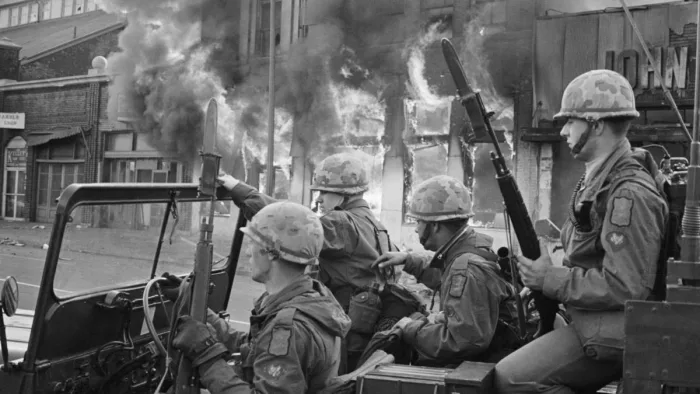 What Journalism Needs Is Not More Diversity, But Less White Supremacy

As police violence against Black people and those who would rise in their defense forces a national engagement—of a sort—with the reality of white supremacy in our institutions, the widening recognition that the batons and tear gas are just one part of it, that there is more than one way to choke the life out of a people, meant that it was just a matter of time before news media would need to acknowledge the call coming from inside the house.

So we have the week just past—wherein we learned that numerous powerful media figures have not just tweeted, joked or dressed up as…but have enforced policies and practices and pay differentials that, deepbreath, do not reflect the values they now hold, they now understand to be deeply hurtful, they only wish they’d been alerted to sooner, they are taking time to reflect deeply upon, they are committed to doing better about going forward, they look forward to be challenged on, and about which, heaven only knows, they are listening.

Journalism is a public service, but media outlets are institutions in many ways like many others in this country—they have hierarchies and unspoken rules and power plays and anti-Black racism.  It’s just that white supremacy in the outlets we rely on to show us the world has especially resounding repercussions.

When you see Amazon, for example, saying they “stand in solidarity with the Black community,” it’s easy to recognize that for a gesture, an effort to wave off criticism without taking seriously the—actually truly challenging—work of interrogating the role that structural and interpersonal racism play in their workplace and their field.

Translated into journalism, that surface-skimming effort looks something like the AP‘s June 10 rendering of the situation:

The New York Times (6/3/20) told readers, and all the other media that take their lead from the paper, to listen respectfully to a call for the US military to take to the streets against Black people. The paper did not merely accept but solicited the piece, “Send in the Troops,” from Arkansas Sen. Tom Cotton.

When Black staffers said amplifying that call put them in danger, the editorial page editor first said essentially “all viewpoints matter,” then admitted he hadn’t even read it. Calling that a “misstep”—as though the paper were going somewhere good, but got a tiny bit off track—is not describing but compounding the harm.

Defining the missteps as “headline-making” shows a certain self regard, as if if media didn’t notice media messing up, media wouldn’t be messing up. “Put focus on” is more of the same. Whose focus? The Black and Brown staffers complaining aren’t saying anything they haven’t said before and been rebuffed over. So if this focus is new, why is that? Who’s in charge of when it stops?

Alexis Johnson, a Black reporter at the Pittsburgh Post-Gazette was barred from covering protests because she tweeted photos of “horrifying scenes and aftermath from selfish LOOTERS”—before revealing they were actually “pictures from a Kenny Chesney concert tailgate.” Johnson was told that, after this “commentary,” her—or any colleagues who tweeted support for her—covering the George Floyd uprising might cause “the credibility of the newsroom [to] be questioned.”

AP tells readers, “Johnson ran afoul of rules that discourage journalists from being publicly opinionated on social media posts and elsewhere.” But it doesn’t note that the Post-Gazette‘s white editor runs the newsroom while also writing opinion columns—including one defending Trump’s attack on “shithole countries,” and another that called feminism “a step back toward barbarism.” What does that mean for the paper’s pretenses around credibility? AP doesn’t ask, because “diversity” doesn’t require it to go that deep, just to include a quote from Johnson.

And about that diversity. AP‘s definition of the problem revealed by the Times calling for military assaults on citizens, and the Post-Gazette banning Black reporters from covering the story of the day, and the Philadelphia Inquirer running the headline “Buildings Matter, Too,” and on and on…is “news media’s sluggishness in building diverse newsrooms.” And it cites the 1968 Kerner Commission —formally the Report of the National Advisory Commission on Civil Disorders—which indicted news media, along with police and politicians, for their role in driving the racial divisions that roiled the country.  “Shockingly backward,” AP reminds, is how the Kerner report described US journalism’s record of hiring and promoting African Americans.

The report did call for hiring more Black people, and a number of great reporters got their breaks in the wake of it, reporting not just on urban unrest but on everyday life in communities of color, filling a void left by a press corps that, Kerner charged, “acts and talks about Negroes as if Negroes do not read the newspapers and watch television, give birth, marry, die and go to PTA meetings.”

But hiring flagged. African Americans were just 2% of newspaper employees in 1978, few in decision-making roles, and two-thirds of the nation’s papers had no employees of color, according to a survey by the American Society of Newspaper Editors. The group called for the reignition of Kerner’s demands, setting a goal of minority employment in newspapers equal to their proportion of the country’s population by the year 2000.

By 1998, it was clear this was nowhere close to happening—Black people were 13.3% of the population, and still just 5.4% of newsroom employees…. So they pushed the goal back to 2025.

In 2017, ASNE found just 5.6% of newsroom employees were Black, and 4.6% of newsroom leaders. The group’s statement the following year, on Kerner’s 50th anniversary, acknowledged the goal wasn’t met, or anything like it, adding, “But ‘diversity’ is now part of industry language.”

But that’s just it: The Kerner report didn’t call for “diversity.” It called for US journalism to de-center its white male view. Media “report and write from the standpoint of a white man’s world.” Coverage “reflects the biases, the paternalism, the indifference of white America.” And, the report said, this isn’t just lamentable; it is “not excusable in an institution that has the mission to inform and educate the whole of our society.”

For Kerner, the meaningful representation of Black people in editorial roles was not a sop, or a nice thing to do, but a core value. Inclusion was crucial as a means toward an end—which was media that would “meet the Negro’s legitimate expectations in journalism.” Can you hear the difference between that and, 52 years later, AP‘s anodyne statement:  “A failure to include journalists of many different backgrounds means missing stories.”

In the apology to readers and staffers about the headline suggesting an equivalence between the loss of buildings and the lives of Black Americans, Philadelphia Inquirer editors stated, “We also know that an apology on its own is not sufficient.”

What would be sufficient? That’s an important conversation. But a start would be for media to stop saying “missteps” when they mean sustained, systemic failures; and to get it through their heads that the demand is not for more “diversity,” but for less white supremacy. Journalists ought to speak plainly, including when they’re talking to themselves.