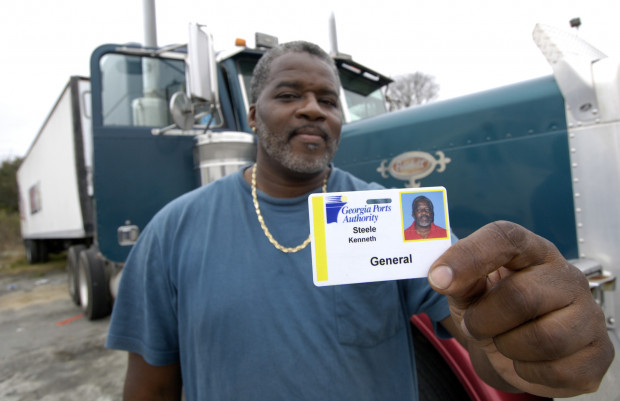 What The Attack On Organized Labor Means For African Americans

In an April 2016 document sent from Tracie Sharp to her powerful States Policy Network (SPN) — a right-wing alliance of 66 think tanks across the country and a sister organization to the notorious American Legislative and Exchange Council (ALEC) — the SPN president plotted a “mortal blow” to progressive causes and institutions in America through a well-funded effort to “defund and defang one of our freedom movement’s most powerful opponents, the government unions.”

The ten-page letter, first exposed to the public last month, acknowledged the historical significance of government unions as a pivotal centerpiece of the American left and its associated politics. In it, Sharp highlighted how the automatic deduction of union dues from the paychecks of government employees buttresses “the left’s ability to control government at the state and national levels.” The goal, she explained, is to target legislation at “permanently depriving the left from access to millions of dollars in dues extracted from unwilling union members every election cycle.”

The potential success of such an ongoing effort is daunting considering the role public-sector unions play in supporting workers’ rights and causes at the federal and local level, including collective bargaining, representation and guarding against discrimination. In 2016, 7.1 million, or 34.4 percent of public sector employees nationwide, belonged to a government union. Given the public sector is the largest employer of African-Americans, and recognizing their substantial and traditional involvement in unions — Black workers are more likely to belong to a union than any other racial group — such anti-union campaigns have particular implications for African-Americans.

“Unions have, in a very imperfect way, been on the side of racial justice,” said Dr. Steven C. Pitts, associate chair of the Center for Labor Research and Education at University of California, Berkeley. “Another benefit of unionization is political power,” offered Pitts, distinguishing this from wage benefits. “To the extent that the confrontation for power is a fight amongst organizations then, to the extent that we don’t have organizations, we will lose those battles.”

In no way does the SPN letter refute Pitts’ charge. “I write today to share with you our bold plans to permanently break the power of government unions this year,” wrote Sharp, detailing a major funding drive based in its previous and successful union-busting campaigns, particularly in Wisconsin and the traditional labor stronghold of Michigan. The Breakthrough 2016 campaign was aimed at getting key state legislation passed to limit collective bargaining and break public unions’ capacity to represent workers.

“The public sector and unions have been avenues that Black workers have used to protect themselves from discrimination in the labor market,” said Cherrie Nicole Bucknor, a Ph.D. Student in sociology at Harvard University and author of the Center for Economic and Policy Research report “Black Workers, Unions, and Inequality.” “My research has shown that Black workers enjoy several benefits from unionization, including higher pay and better access to health and retirement benefits than their non-union peers,” revealed Bucknor, clarifying that these beneficiaries include both union members and those represented by a union at their place of employment.

“One of the many myths in this country is that the pathway to economic advancement is through education,” said Pitts, noting “that kind of one-on-one or individualistic approach to advancement is simply incomplete.” Instead, continued Pitts, a number of collective circumstances have largely allowed for “both individual and group advancement, and one important one has been unions.” He described how large corporate entities in both the 19th and 20th centuries presented the applicable environment and harsh conditions for workers to organize and the resulting positive impact upon wages and benefits for Black workers. On average, Black union workers earn 16.4 percent higher wages than those Black workers not represented by a union and are, respectively, over 17 and 18 percent more likely to have employer-provided health insurance and an employer-sponsored retirement plan.

Consistently, working in the public sector has long been considered an effective pathway to the middle class by African-Americans, particularly for those without college degrees. An estimated one in five Black adults works for the government in education, transportation, civil service, law enforcement or management. And while racism has certainly played a role within unions, Black unionizing, in general, has also significantly reduced the Black-white wage gap.

Within this general decline, which has been attributed to a number of factors, including anti-union policy and the decline of manufacturing and industry, the unionization rate for Black workers dropped 56 percent between 1983 and 2014, as compared with an overall unionization drop of 48 percent. In addition, African-Americans bore roughly 20 percent of the loss of 765,000 state and local public-sector jobs attributed to the 2008 recession.

With such a perfect storm of events — the decline of unions, the ongoing disappearance of government jobs and a contemporary administrative environment hostile to organized labor — it’s not hard to see why conservative free-market advocates like SPN are rallying for a death blow.

“In the short term, it doesn’t look good,” acknowledged Pitts, noting “there are a lot of organizational forces and resources stacked up against unions and Black workers in particular. So it will take some time to reorganize our side to begin to make inroads back in the right direction.”

“Black workers need to organize for power, and there are several ways to go about it,” qualified Bucknor. “Starting and joining a union is one way and should still be used. Getting involved with a local Black Worker Center is another way for them to organize for their rights on the job and in their communities and can be used alongside strategies that depend on joining a traditional union.”

Ultimately, Pitts is optimistic, citing how 20th century labor history is on the side of the worker, including the organization of both steel and auto workers in response to corporate conditions hostile to labor. “I am clear in the long run about what is going to happen,” insisted Pitts, saying it’s more a matter of “putting a timetable to that long run and being clear about a pathway to get there. There have been too many cases that attest to ‘we shall overcome.’ It’s a song, it’s uplifting, but it’s also correct.”

The question, added Pitts, “is simply how we get there.”