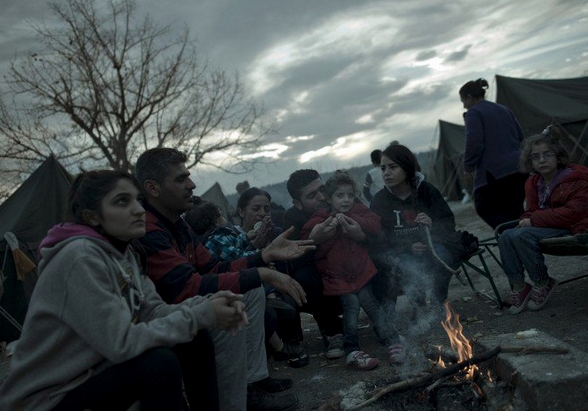 What The US Owes Refugees Pouring Into Europe

The vision of hundreds of thousands of desperate human beings fleeing airstrikes, terror, and violence from Syria, Iraq, Afghanistan, Libya, and beyond has brought the stark human cost of today’s “anti-terror” wars to the front pages. The heart-breaking photo of one small boy, still clad in a “red shirt, blue jeans, and little sneakers,” as a now-viral poem goes, washed up on the Turkish shore, has brought the horror of that stark reality into our hearts.

Indeed, the refugee crisis growing out of the multi-faceted Syrian war and others is now a full-blown global emergency. It’s not only an emergency because it’s now reaching Europe. It’s an emergency several years in the making as conditions have deteriorated throughout the Middle East and North Africa. In addition to Syria, refugees are also pouring into Europe — or dying as they try — from Libya, Afghanistan, Eritrea, Bangladesh, and beyond.

But it’s the war in Syria — now involving a host of regional, sectarian, and global actors all fighting their own wars to the last Syrian — that lies at the bloody center of the current crisis. And here the United States bears no small responsibility.

The Syrian war — and particularly the rise of ISIS — has everything to do with U.S. actions dating back to the 2003 invasion and occupation of Iraq, which gave rise to ISIS in the first place. Even now the U.S. airstrikes in Syria and neighboring Iraq are escalating the war in both places.

So emergency responses, particularly from the United States, need to start — though they must not end — with Syria. The Obama administration’s decision to allow 10,000 Syrian refugeesinto the country next year is a welcome step, but not remotely adequate.

Here’s what needs to happen next.

Immediately, the United States should announce:

In next 30 days, Washington should roll out:

In next 45 days, the White House should announce:

Finally, in next 60 days, the U.S. should develop: