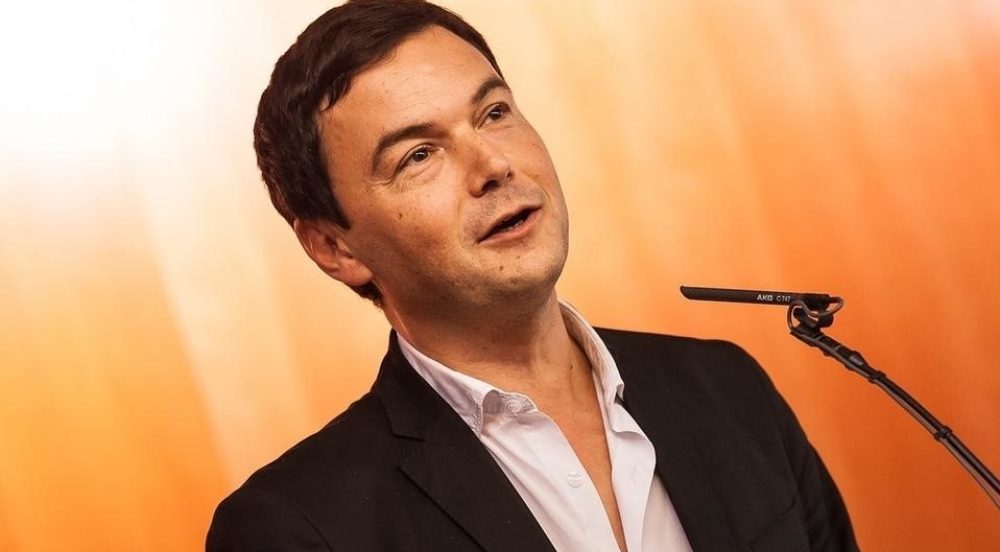 French economist Thomas Piketty uses enormous quantities of data to make his points. In Capital in the Twenty-First Century, he used tax records going back to the 18th century to prove real wealth is concentrated in a very few families, who will keep getting richer unless war or revolution intervenes.

More recently, in Capital and Ideology, he used French, British and American post-electoral surveys to argue that since the Second World War the expansion of education to include most of the middle class and much of the working class has resulted in the creation of the “brahmin left” — a new professional/administrative class that votes left against the wealthy “merchant right,” but is far from the working-class values of its roots.

In a recent paper, Piketty and two colleagues trace this development across 21 Western democracies, going back as far back as the 1940s. They track post-war political party programs while also following growth in education and changes in voting patterns. Their findings explain a great deal about current political confusion in Canada as well as other Western democracies. And their findings also point a way out for the Canadian left — through young people, women and green politics.

From the early 1800s to about 1950, the paper notes, the political left advocated for the poor and uneducated. Education was reserved for the wealthy and a few bright young middle-class men, who of course sought to become wealthy themselves. But the demands of expanding empires and economic growth promoted growth in education as well. In Capital in the Twenty-First Century, Piketty showed how two world wars demolished the accumulated wealth of the rentier class and increased (for a while) the role and power of governments. To stay competitive in the Cold War era, every government needed all the educated people it could find.

A chance to climb the social ladder

While the rentiers rebuilt their wealth, Western governments poured money into schools and post-secondary education as part of the Cold War effort to contain the Soviet Union and China. New post-secondary graduates had plenty of work in both private and public sectors. With elementary and secondary schools expanding to serve the baby boomers, new graduates at that time really could “fall back on” teaching after graduating from university. As a result, postwar working-class and middle-class families had an incredible opportunity for their children — mostly their sons — to climb the social ladder.

B.C. saw the early emergence of the brahmin left in the 1960s. A new generation of teachers was pouring in to staff an expanding K–12 system as well as new provincial universities. Far better educated than the normal-school graduates they were replacing, young teachers soon ran afoul of the merchant right Social Credit government of W.A.C. Bennett. That resulted in B.C.’s endless school wars, which continue to this day.

In effect, Western democracies were creating a new kind of middle class: professionals who identified with governments as agencies of the people rather than with the private sector.

This increase in education and identification also meant that political parties shifted from representing classes to representing elites. As Piketty and his colleagues observe, “high-income elites continue to vote for the ‘right,’ while high-education elites have shifted to supporting the ‘left.’”

Less-educated voters, who used to vote for traditional left-wing parties, now mostly support traditional conservative and anti-immigration parties — or simply don’t vote at all. The brahmin left doesn’t offer them anything.

The new study has its flaws. Many of its graphs are illegible messes that make it impossible to follow the trends they’re supposed to illustrate. And the text itself isn’t much clearer; too often, we’re left with a vague sense that the difference between 1960 and now is a matter of a few percentage points. We can hope that a forthcoming book, based on this paper, will clarify these issues.

Canada’s situation is especially hard to follow: the graphs tend to show our trends as a grey line usually lost in a tangle of other lines. An appendix discussing the NDP is also baffling — “One is interested in computing the proportion of individuals belonging to the lowest income decile voting for the New Democratic Party 𝑦̅{𝑑=1}.” And it doesn’t help that the Liberals — a merchant right party if ever there was one — are lumped in with the Greens and NDP as a “left-wing” party.

Still, a few findings are clear and striking, and will probably gain close attention from campaign planners in all our parties.

One is that high-income Canadians do indeed tend to vote for right-wing parties, while high-education Canadians vote left. But support for the Canadian Greens is almost evenly divided among the least-educated 50 per cent, the middle 40 per cent, and the top 10 per cent. By contrast, high-education voters dominate the Green vote in Belgium, Finland, Germany, New Zealand, Sweden and Switzerland.

Similarly, Canadians aged 18–39 slightly dominate the Canadian Green vote, while young people completely dominate the Green vote in Australia, New Zealand and all European countries except for Portugal. So we may see Green governments in many European nations while we keep trying to flog our bitumen and natural gas in a dwindling market.

Anti-immigration parties are a much bigger concern in Europe than in Canada. Maxime Bernier’s People’s Party doesn’t even make the cut in this study. But we do learn that immigrants to Canada from non-Western countries, by a narrow margin, tend to vote more for left-wing parties (including the Liberals) than do immigrants from Western countries and native-born Canadians.

Religion and the lack of it

Canada’s left-wing vote by religion is striking. About 55 per cent of Catholics vote for left-wing parties, if you include federal Liberals. Over 60 per cent of those with no religion vote left, and over 90 per cent of Muslims also vote left. Again, many of these Muslims are probably Liberal supporters, but many are voting New Democratic or Green. The left-wing Muslim vote is comparably huge in Australia, New Zealand, the U.S. and many European countries.

The leftward trend of women voters is also clear. In Canada, over six per cent more women than men vote left. The study find numerous reasons: “the decline of marriage, the rise of divorce and the economic fragility of women have been shown to be important drivers.” As well, expansion of women’s employment in the public sector and the growing importance of environmental issues have moved more women to the left.

The implications of this study for our political parties range from encouraging to grim. The Conservatives seem stuck with an aging, religious, less-educated native-born base, on life support thanks to a few wealthy donors. Bernier may further weaken them by draining off Canadian Trumpists.

The Liberals seem reasonably secure for now, given the feebleness of the Conservative Party and the Liberal talent for campaigning left and governing right. They could well expect a majority in the next election, though Justin Trudeau seems to have lost interest in his job and is just going through the motions.

The challenge will be for the NDP and the Greens to recognize and develop their strengths. Social democratic parties in Europe are weakening, while green parties and the anti-immigrant right grow stronger. Young people, women, the highly educated and immigrants are the Greens’ and NDP’s natural constituents, with allies available among old left-wingers. The environment and immigration will be dominant issues of the next few decades; Greens and New Democrats should be able to set the terms of the debate.

The NDP and the Greens have another opportunity: to establish a truly egalitarian post-colonial society in which Indigenous peoples, settlers and new immigrants unite to get this country through a catastrophic century. Whether as friendly rivals or as a united party, they could be our best hope of surviving as a democratic nation.