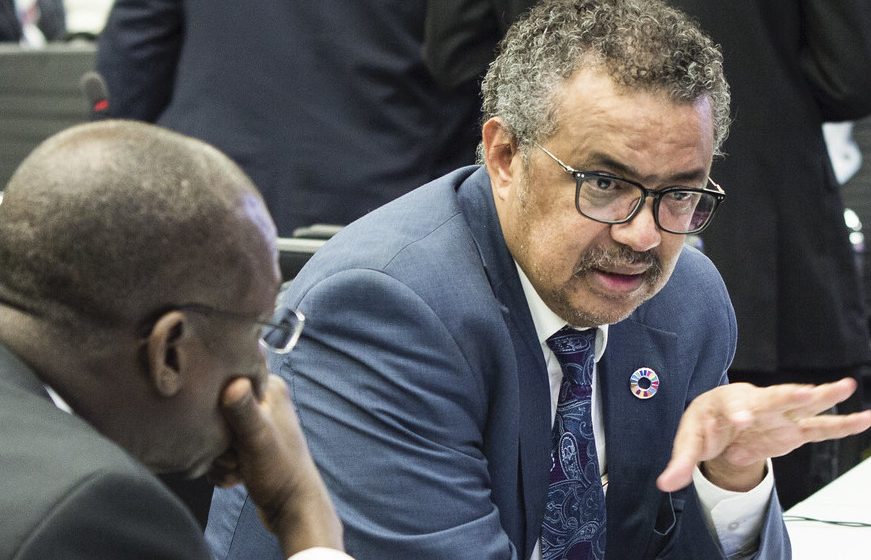 What Trump’s Funding Cuts To WHO Mean For World

US President Donald Trump has announced the U.S. is cutting its funding to the World Health Organisation (WHO) – a decision that will have major implications for the global health response to the coronavirus pandemic.

The U.S. contributes more than $400 million to the WHO per year, though it is already $200 million in arrears. It is the organization’s largest donor and gives about 10 times what China does per year.

Trump has accused the organization of mishandling and covering up the initial spread of Covid-19 in China, and of generally failing to take a harsher stance toward China.

What will Trump’s decision to cut funding mean for the organization?

The WHO was established in 1948 to serve as the directing and coordinating authority in international health. It was created with a mandate to improve the health of the world’s population, and defined health as

“…a state of complete physical, mental and social well-being, and not merely the absence of disease or infirmity.”

While various civil society, industry and faith-based organizations can observe WHO meetings, only countries are allowed to become members. Every May, member states attend the World Health Assembly in Geneva to set the WHO’s policy direction, approve the budget and review the organization’s work.

Currently, there are 194 WHO member states, which means the organization has one more member state than the United Nations.

How is WHO Funded?

The WHO receives the majority of its funding from two primary sources. The first is membership dues from countries, which are described as “assessed contributions”.

Assessed contributions are calculated based on the gross domestic product and size of population, but they have not increased in real terms since the level of payments was frozen in the 1980s.

The second source of funding is voluntary contributions. These contributions, provided by governments, philanthropic organizations and private donations, are usually earmarked for specific projects or initiatives, meaning the WHO has less ability to reallocate them in the event of an emergency such as the Covid-19 pandemic.

Have Countries Pulled Funding Before?

Over more than 70 years of operations, a number of countries have failed to pay their membership dues on time.

At one point the former Soviet Union announced it was withdrawing from the WHO and refused to pay its membership fees for several years. When it then rejoined in 1955, it argued for a reduction in its back dues, which was approved.

As a result of nonpayment of assessed contributions, we have seen several instances where the WHO has been on the verge of bankruptcy. Fortunately, governments have usually acted responsibly and eventually paid back its fees.

Has There Been Political Criticism Before?

Yes. In 2009, the WHO was accused of acting too early in declaring swine flu a pandemic, in part over concerns it had been pressured by pharmaceutical companies.

Five years later, the organization was accused of acting too late in declaring the West African Ebola outbreak a public health emergency.

Trump has criticized the WHO for not acting quickly enough in sending its experts to assess China’s efforts to contain COVID-19 and call out China’s lack of transparency over its handling of the initial stage of the crisis.

But these criticisms ignore China’s sovereignty. The WHO does not have the power to force member states to accept a team of WHO experts to conduct an assessment. The country must request WHO assistance.

Nor does the organization have the power to force a country to share any information. It can only request.

Of course, Trump’s comments also ignore the fact the WHO did eventually send a team of experts to conduct an assessment in mid-February after finally obtaining Chinese approval. The results from this investigation provided important information about the virus and China’s efforts to halt its spread.

Does China Have Increasing Influence?

Understandably China has grown in power and economic influence since 2003, when then-Director General Gro Harlem Brundtland publicly criticized it for trying to hide the spread of the SARS virus.

China has also been criticized for blocking Taiwan’s bid to join the organization. Taiwan has had one of the most robust responses to the Covid-19 crisis.

But China is ultimately just one of the WHO’s 194 member states. And one of the great ironies of Trump’s criticism is that the organization has been criticized by other member states for decades for being influenced too heavily by the United States.

What Happens if US Cuts Funding?

If enacted, these funding cuts may cause the WHO to go bankrupt in the middle of a pandemic. That might mean the WHO has to fire staff, even as they are trying to help low- and middle-income countries save lives.

It will also mean the WHO is less able to coordinate international efforts around issues like vaccine research, procurement of personal protective equipment for health workers and providing technical assistance and experts to help countries fight the pandemic.

More broadly, if the US extends these cuts for other global health initiatives coordinated by the WHO, it will likely cause people in low income countries to lose access to vital medicines and health services. Lives will be lost.

There will also be a cost to the United States’ long-term strategic interests.

For decades, the world has looked to the US to provide leadership on global health issues. Due to Trump’s attempt to shift blame from his administration’s failures to prepare the US for the arrival of Covid-19, he has now signaled the US is no longer prepared to provide that leadership role.