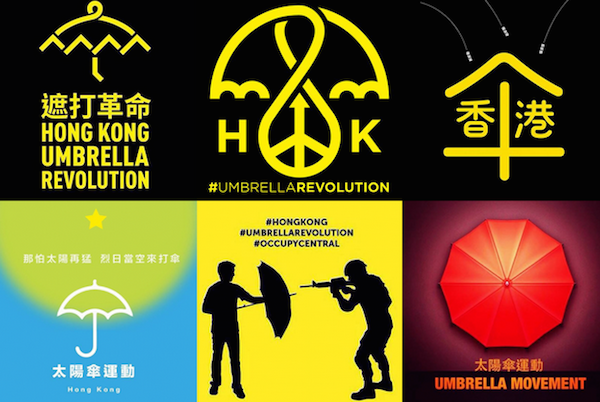 What US Movements Can Learn From The Hong Kong Protests

“The government and the corporations are one and the same. Rich families rule the nation. The people need to take the power back!” said a man in a park filled with tents and peaceful protesters.

This conversation did not take place in Occupy Wall Street’s Zuccotti Park in 2011, but last month in Hong Kong’s ongoing Occupy-inspired “Umbrella Movement,” whose scale and sophistication dwarfs anything yet seen in an American city.

They were not the words of a local student or activist, but of a visitor from Shanghai. As we talked by my tent in the encampment, we reflected that Hong Kong activists were fighting to exercise the simple right that Americans across the Pacific would be using at the ballot box the very next day, in national elections on Nov. 4.

More than 60 people now sit in prison in China for expressing various degrees of support for Hong Kong’s pro-democracy Umbrella Movement. Yet, more come here every day for a taste of what one man from Beijing described to me as “the first ever genuine movement for freedom on Chinese soil.”

Although this could not have been said as easily across the border, it’s an increasingly common sentiment these days in Hong Kong, where local, mainland and even Taiwanese activists continue forging new connections around the makeshift supply stations and study centers of the occupation.

Even if the protests have shrunk in number from the tens of thousands who poured into the streets after police launched 87 rounds of tear gas on Sept. 28 – and even after the dozens of violent arrests that occurred here as recently as Monday morning – the occupation has endured. It continues not just in the central government district of Admiralty, but also in the commercial district of Causeway Bay and the working-class neighborhood of Mong Kok.

The Umbrella Movement is motivated by a struggle for “genuine universal suffrage” – the right of the public to freely nominate candidates for the territory’s Chief Executive position, rather than selecting from candidates cleared in advance by a committee dominated by special interest groups friendly to Beijing.

The struggle has been amplified by increasing economic polarization, rising prices and falling wages, and fears that locals’ dreams of a better future will be foreclosed by plutocrats with Communist Party connections. This struggle should not feel unfamiliar to Americans forced again last month to choose between candidates beholden to corporate special interests, family dynasties and party politics.

Like Americans, many mainland Chinese – and not only those visiting Hong Kong – complain every day about the revolving door between corporate and political positions, about the illicit accumulation of wealth by party “princelings,” and about systemic corruption and surveillance states. But unlike Americans, people here are unable to access the salve of the ballot box.

In this respect, perhaps the Chinese system is more honest about its deployment of power. Without being offered even the semblance of choice, Chinese citizens cannot therefore be disappointed that the policies of their leaders prove little different than their predecessors. Lacking the right to vote, they appear in some way immune to the evacuation of hope.

It may seem foolish to expect mainland Chinese cities to undergo a Hong Kong-style eruption anytime soon. The reason lies not just in different legal systems, but in different cultural histories. As a visitor from Shandong, the historical birthplace of Confucius, put it, “The Communist party has perverted our values. Now, Chinese youth are too focused on getting ahead, are too selfish to sacrifice as the youth of Hong Kong are willing to do.”

In the visitor’s view, the predations of the party have manifested the worst features of the individualist American dream. Yet he also saw America’s willingness to change – to correct itself – as its greatest strength, and as something for China to learn from.

Americans might also take from this opportunity a chance to learn from China, and from Hong Kong in particular. Americans, at least some of us, have known elections since the inception of our nation. People here have not had this option. Two months ago, it seemed foolish to suggest that Hong Kong, celebrated as one of the world’s most advanced capitalist economies despite its political system, might harbor a popular uprising. Five years ago, it may also have seemed foolish to expect New York, the world’s financial capital, to sustain a popular occupation that would inspire action across America.

Occupy Wall Street, like Hong Kong’s movement, was animated by the unholy alliance of political and economic elites. Yet, even if it cultivated a new generation of activists, the movement itself lacked clear demands. It has since largely fizzled out.

By contrast, Hong Kong’s young activists, more worldly than most Americans despite growing up without democratic institutions, have a clear demand for universal suffrage. They are under no illusion that this singular change will fix all of their society’s problems. But bucking Beijing’s intransigence, they see it as a practical start. The next American uprising would do well to articulate such a clear demand.

It is already conventional wisdom that America’s and China’s economies are inextricably tied. Now, so too are the dreams of our youth. Universal suffrage is a demand that Americans largely take for granted, even as a corporate finance-dominated mid-term election has again exposed the flaws in our system. As Americans look back on last month’s results, they might also consider looking abroad, and ahead, to Hong Kong. Because like these Chinese visitors and their young Hong Kong compatriots, Americans may be dreaming yet new ways for the people to take the power back.