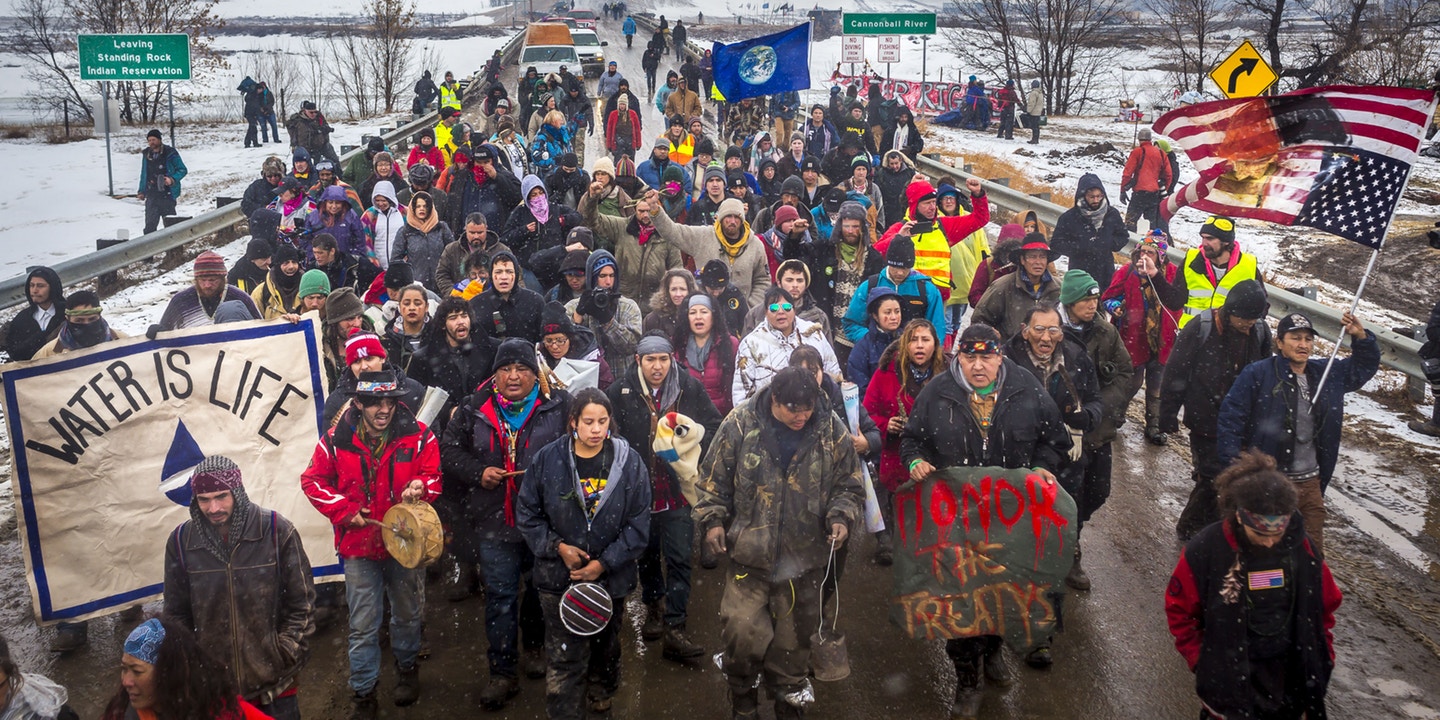 Chase Iron Eyes, a member of the Standing Rock Sioux Tribe and an attorney with the Lakota People’s Law Project, describes the movement to stop the Dakota Access Pipeline and his almost two-year fight against felony charges. His work to develop a necessity defense led to the uncovering of corruption and collusion between industry, law enforcement and government. Chase also  gives his analysis of what the mobilization at Standing Rock means in the greater context of colonialism, capitalism and the absence of democracy. He explains the work that he and others at the Lakota People’s Law Project are doing to reclaim Indigenous culture and sovereignty and create alternatives to current systems.

We also cover recent news, including the prison strike, the UPS workers’ fight for a contract, the court decision in favor of Food not Bombs, Ben and Jerry’s mistreatment of workers and the students 50-mile march to Smith and Wesson to protest gun violence.

For an in-depth discussion of the changing global dynamics, what that means to people in the United States and what we can do about it, subscribe to Clearing the FOG on Patreon and receive our bonus show, Thinking it Through. Visit Patreon.com/ClearingtheFOG.

Chase Iron Eyes: A Member of the Standing Rock Sioux Tribe, Chase has a distinguished career fighting for the civil rights of Native Americans. He currently serves as lead local counsel in the Dakotas for Lakota People’s Law Project, and he co-founded the Native news website LastRealIndians.com and is known for his work in the Native Lives Matter movement. In 2016, he was the Democratic congressional nominee for North Dakota. Since the beginning of the movement, Chase has been involved on the front lines of the fight against the Dakota Access Pipeline, hosting tribal leadership, providing legal services, and joining the water protectors in their prayerful and peaceful protest.