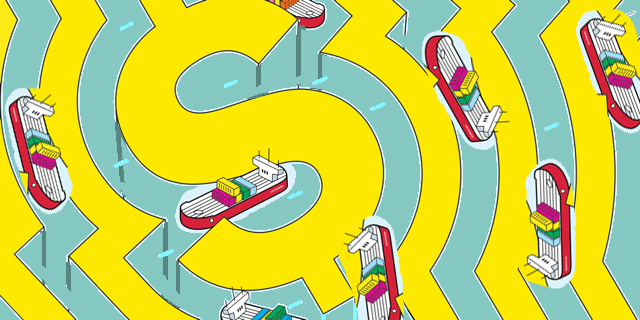 From November 2020 to November 2021, consumer prices rose by 6.8%, the highest rate of inflation since 1982, but average hourly earnings rose by only 4.8%. This meant that, on average, working families were worse off than a year ago — what are termed “real wages” actually fell by 2%. During this same period, however, the S&P 500, a broad measure of corporate stock prices that predict future corporate earnings, increased by some 25-30%. well over the rate of inflation. While times have been getting harder for workers, it is clear that capitalists (or “big business”) have been doing very well. It would seem as though everyone is against inflation. But the real problem is not that prices have been increasing but that wages have not kept up with this.

It is important to look not only at why inflation has increased but at the very different question of why wages have not kept up with it.

The answer to the first question is fairly easy to understand. The pandemic sent shock waves throughout the world and production fell dramatically. But it did so very unevenly, and this resulted in major disruption of global production chains. The process of manufacturing involves the use of products from many different countries that are then shipped across the globe. A major fall in the production of a single one of these leads to a crisis in the entire process. As an example of this, automobile production fell dramatically because of a shortage of computer chips, so that production lines in the United States and other countries had to be shut down, while automobile prices sky-rocketed. The average price of a new car increased by 12% over the past year for those willing and able to pay for them, and the price of used cars increased by 25%. This is the major reason for the increase in prices, and it will take a long time, maybe another year or more, before production returns to normal. In addition, for very different reasons ,the international price of oil also increased for all countries, including the United States. But with this exception, inflation cannot be understood by looking at individual prices — some go up, while some (such as electronic goods) go down — but inflation means an increase across the board, in all prices.

But while corporate profits increased, this has never led to an automatic increase in wages. While Social Security payments are increased annually to cover, in full, changes in consumer prices, there is no such adjustment in wages. Workers must fight for every additional penny, and since the mid-1970s real wages have been almost stagnant while the gains from increased productivity have gone disproportionately to the top 10%. So this “gap” between the rate of inflation and the rate of change in hourly wages is nothing new.

It could have been worse, and without a major mobilization by progressive forces it will be. One effect of the pandemic was to reduce the number of workers available for work, as they faced the problem of child care and the dangers of catching COVID-19. It also seems as though many people with sufficient household resources to get by were no longer willing to put up with low wages and bad working conditions. In addition, the government sent considerable pandemic-related assistance to both businesses and workers. As a result, the official unemployment rate fell to the very low rate of 4.2%. Businesses therefore had to compete with each other for workers, and did so, in many cases, by offering higher wages (although not sufficient to compensate for higher prices). This in turn led them to raise the prices of their products, and so inflation “took hold” throughout the economy.

The big-business supporters of both Republicans and Democrats differ on many things, including Biden’s taxation and spending policies, but they are united in their opposition to high rates of inflation. With very few exceptions politicians today agree with them, as if it is inflation, rather than inadequate wages, that are the problem.

The reason for business opposition to inflation is not obvious. Most people are simply not involved in the decision-making of big business. Businesses are continually driven to expand by increasing investment in new plants and equipment and new technology. But in doing so they have to project not only the effect of such investment on the quantity of its output, but also the future prices of both inputs and the prices of its own products, as well as future interest rates. What matters is not so much whether the average rate of inflation averages 2% or even 6%, but whether it could vary this average by plus or minus 5% in individual future years. There is no way to predict this with any certainty. Investment spending is thus riskier when inflation is unpredictable, and so investment falls, and with it the growth in profits that is a business’s main objective.

Central banks, including the U.S. Federal Reserve today have adopted a consensus view that the optimal rate of inflation is around 2%. This is high enough to allow for workers to feel “grateful” to their employers if they receive a wage increase of 1%, while putting the blame for higher prices on “the government” or businesses. At the same time the variation in this rate is so little that it does not interfere with investment plans.

What is now becoming clear, however, is that inflation caused by collapse of global production chains will continue even once this problem has been resolved. Policy makers, such as Janet Yellen, the current Treasury Secretary, are now saying that inflation is no longer “transitory” and must therefore be addressed now or in the near future. And there is really only one way to reduce inflation (and in particular wages) and that is through policies that reduce total production and increase unemployment. Big business is therefore willing to accept a temporary decrease in total production to achieve a reduction in the rate of inflation to a “normal” 2% and a return to “normal” profitability. But there is absolutely no doubt at all that this would result in increased hardship for workers in both the short term and the long term.

A planned reduction in production, or at least the rate of growth of production, will, unless challenged, take place mainly through the use of monetary policy, in which the Federal Reserve raises interest rates, but also through cutbacks in the portions of government spending that benefit workers. The attack on Biden’s Build Back Better program now includes the unjustified assertion that it will increase inflation. Future increases in interest rates and cutbacks in spending will similarly be “explained” to workers by the need to “fight inflation.” We should not fall for this! Instead what is needed is renewed mobilization to increase wages, in particular by strengthening workers’ ability to organize.