All photos courtesy of We Act Radio. 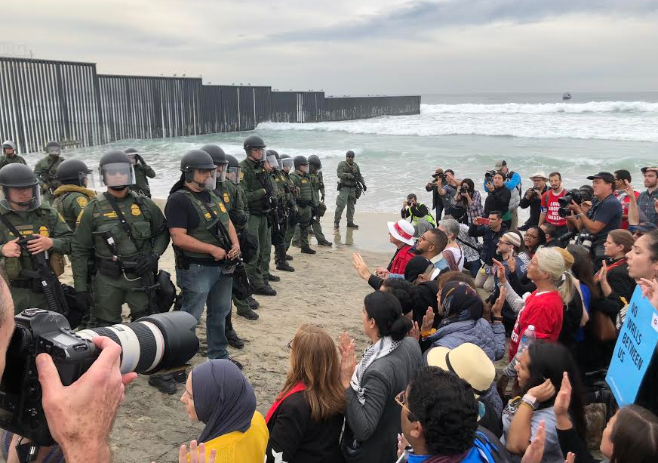 “We are not afraid, we were meant for liberation because we know why we were made.” This was the chant that was being sung by faith leaders at the border on an International Human Rights Day, “Love Knows No Borders” protest.

On Monday, Dec 10th, 2018, the Poor People’s Campaign, American Friends Service Committee (AFSC), and multiple faith leaders from all walks of life assembled at the border in a peaceful protest to support migrants.

“AFSC is lifting up the basic idea that everyone deserves to live with dignity and with respect, especially those of us who live in border communities with the boot of militarization on our neck,” says Pedro Rios, Director of the AFSC’s U.S./Mexico Border Program. “We are here specifically to say ‘enough is enough’ and we are willing to put our bodies on the line to call attention to the lack of morality shown by our current administration.”

Over 300 demonstrators gathered on Monday calling an end to detaining and deporting immigrants, showing support to the migrant refugees, and demanding Congress to defund immigration and customs enforcement and customs border protection.

This protest, led by faith leaders on the beachside border of Tijuana and San Diego, is the second confrontation since Nov 26th that border patrol has been faced with. The border patrol met the peaceful protesters in full riot gear. Patrolmen were dressed in face masks, headgear, and were armed with gas guns, batons, and sticks. 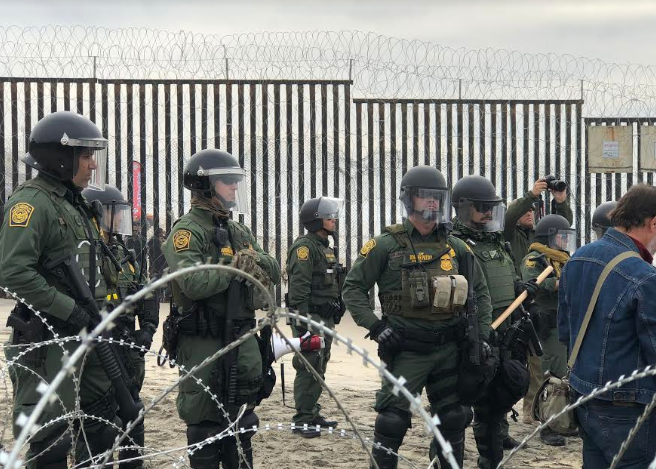 During the protest, border patrol stood in a militarized line to push protesters back from the small protected space by the border on the US side. A guard walked up and down yelling into a blow horn warning protesters to move back or they would be arrested. Protesters, who took to their knees and refused to move, were pushed to the ground forcibly by border patrol and then lead away by federal protective services. Protesters were attempting to cross the 300ft, or so, space to the border wall to connect with fellow protesters on the Mexico side to form a prayer circle. 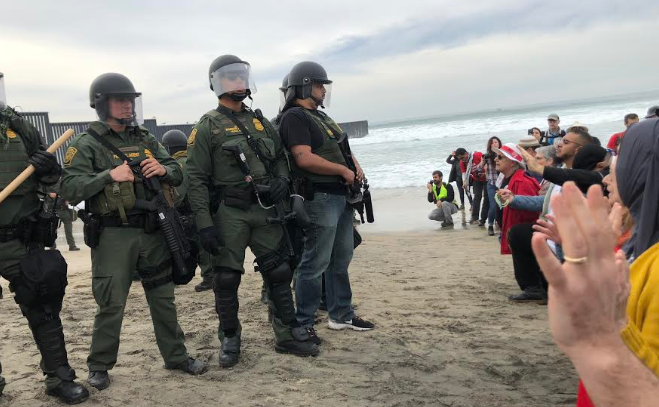 Border Patrol Spokesman Eduardo Olmos said 31 people were detained on suspicion of trespassing by federal protective service and one was arrested by border patrol for assaulting an officer. It was reported by jail support of AFSC that everyone was released.

LJM is an Investigative Reporter with We Act Radio.