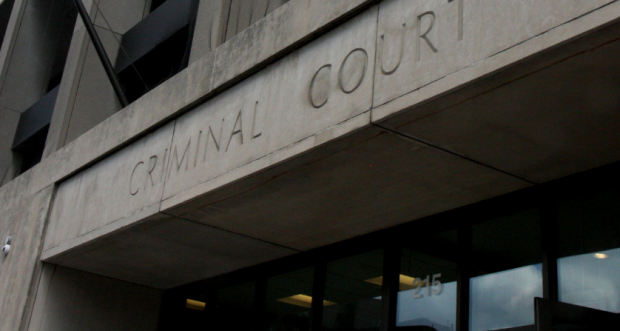 When Race Tips The Scales In Plea Bargaining

TWO OFFICERS ESCORTED a young black man into the courtroom, bringing him in handcuffs from a holding cell in the back called “the pen.” They placed him beside his public defender and stepped away. So far, things were routine.

The prosecutor had offered the man a plea deal of probation and he indicated that he would accept. In a scene that plays out dozens of times a day in the Bronx criminal court, the judge ran through a constitutionally required script.

This article was published in collaboration with Slate.

She explained what it means to accept a prosecutor’s plea offer: that he was giving up his right to a trial; he was admitting guilt; he could not change his mind. The judge asked, as she must: “Is anyone forcing you to accept this plea today?” At this point, most people quietly say “no.” But the man responded “yes,” he was being forced to accept the plea.

Refusing to accept meant facing the strong arm of prosecution and potentially going to prison for years. He protested that he had no real choice.Three court officers surrounded him. The judge repeated the question: “Is anyone forcing you to accept this plea today?”

This time, flanked by officers, he said no. A few minutes later, he walked out a free man, but he now had a criminal conviction and the oversight and constraints that come with probation.

Countless people like this young man face tremendous pressure to accept a prosecutor’s plea offer. And most criminal punishment results—not from a trial by a jury of your peers—but in convictions imposed through plea deals. Against this backdrop, a new study showing racial bias in the plea bargaining process demands attention and action.

A new study from Carlos Berdejo of Loyola Law School demonstrates for the first time that there are significant racial disparities in the plea deals that white and black people receive on misdemeanor charges—with black people facing more severe punishment.

Berdejo analyzed 30,807 misdemeanor cases in Wisconsin over a seven-year period and found that white people facing misdemeanor charges were more than 74 percent more likely than black people to have all charges carrying potential prison time dropped, dismissed, or reduced. And white people with no criminal history were more than 25 percent more likely to have charges reduced than black people who also had no criminal history.

This suggests, as Berdejo concludes in his report, that prosecutors use race to judge whether a person is likely to recidivate when deciding what plea to offer.

Prior studies have found racial disparities in the plea bargaining process. The Berdejo study differs, however, in that it analyzes a detailed statewide data set of the entire life of criminal cases, from charging to sentencing, making it more reliable and expansive.

The majority of arrests nationally are for misdemeanor charges. At The Bronx Defenders, where we provide public defense services to low-income people in the Bronx, we had over 18,000 new misdemeanor cases in 2016 alone. That was more than three quarters of our cases, and about half of all cases that we closed last year resulted in plea deals.

If there are racial disparities in pleas in misdemeanor cases that lead to worse punishment of black people, it means a significant proportion of our criminal justice system is meting out punishment in a racially-biased manner.

Prosecutors wield enormous power and total discretion in deciding whether and how to charge people, whether to request pre-trial detention or money bail, and what plea to offer. One factor guiding this decision is whether the attorney believes the person will be held on bail. Frequently, people charged with misdemeanors accept pleas just to go home.

A young black man from the South Bronx, one of the poorest congressional districts in the country, may have almost no chance of paying bail, so the only option is a criminal record and probation. Contrast that to a wealthier white man, who knows that if the judge sets bail he can pay his way out. This man has no pressure to accept a plea, and his lawyer can investigate his case and negotiate a better plea.

Immediate interventions could stem racial disparities in pleas. New York must eliminate money bail for misdemeanors to end the threat of pretrial incarceration that disparately extracts guilty pleas. Prosecutors should state the reasons for plea offers on the record to create transparency and be required to collect and share data about their offers to expose any disparities.

It is only through established facts and data that we can educate prosecutors and judges, as well as work to combat implicit and overt bias.

Prosecutors have virtually unchecked power in the plea bargain process. It’s the power to take away freedom, destroy livelihoods, and tear families apart. Ultimately, it’s the power to devastate low-income communities already suffering from aggressive and discriminatory law enforcement tactics. In a place like the Bronx, unfair police and prosecutor practices combine to create a situation in which nearly all of the people facing criminal charges are black or brown men, even though one-third of the population is white.

This power must be grounded in fundamental principles of fairness, rather than the drive to rack up convictions. Otherwise, the criminal justice system simply administers punishment, rather than justice, and in the process continues to destroy communities of color and further erode its own legitimacy.