Where Are The National Anti-War Monuments?

Above Photo: By Giuseppe Crimeni for Shutterstock.

It’s time to memorialize peace in our public spaces

I travel frequently and have seen the many monuments to soldiers and to wars that occupy our city squares and parks.  In the summer of 2005 my son James and I visited Washington, DC after he finished his first year of college.  We made the standard tour of the city, visiting museums, the White House, the Vietnam Veterans Memorial, the Korean War Veterans Memorial, and the newly dedicated National World War II Memorial.

These memorials exist to reinforce the notion that war efforts or activities are highly valued and rewarded by our society.  In this and other visits to the National Mall, I have encountered dozens of war veterans discussing their combat experiences with their children, grandchildren, other relatives and friends.  I imagine that most of the listeners were proud of the speaker’s military service and some viewed the war veteran as a potential role model. 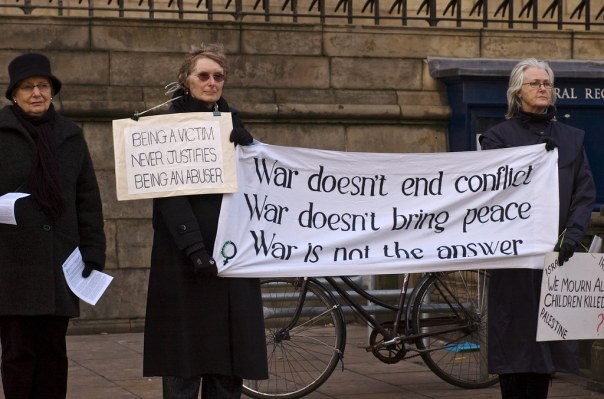 “There is no public validation of antiwar activities and no memorial.” (Photo: Women in Black, by Camilla Hoel, licensed under CC BY-NC-SA 2.0)

Suddenly, with my son present, I realized that all of my own personal memories and stories in this realm were of antiwar activities.  I was immediately struck by the fact that there are no National Monuments here to convey a message that our society also values peace and recognizes those who take action to oppose one or more U.S. wars.  There is no public validation of antiwar activities and no memorial to serve as a catalyst for discussion regarding courageous peace efforts by Americans over the past centuries.

This realization led to the organization of the US Peace Memorial Foundation in 2005 and my retirement in 2011 so that I could devote the remainder of my life to creating this monument, initially online and later as a physical structure in our nation’s capital.

It is time to dedicate a National Monument to peace and those who work for it.  Our society should be as proud of those who strive for alternatives to war as it is of those who fight wars.  Demonstrating this national pride in some tangible way may encourage others to explore peace advocacy during times when only the voices of war are being heard.

By presenting the antiwar sentiments of many American leaders — views that history has often ignored — and by documenting contemporary US antiwar activism, the US Peace Memorial will send a clear message to our citizens that advocating for peaceful solutions to international problems and opposing war are honorable and socially acceptable activities in our democracy.

War is part of our culture.  Because it has historically featured both personal and collective acts of valor and sacrifice amidst hellish violence and tragedy, it is understandable that memorials are erected to acknowledge war’s momentous impacts and honor the participants’ dedication to causes that were deemed to be in our national interests.  In this sense, war memorials honor the ultimate inability to resolve conflict and differences through nonviolent means.  These memorials recognize the horrific, deadly, and sometimes heroic results of that failure, results that are starkly tangible.

By contrast, Americans who oppose war(s) and who advocate instead for alternate, nonviolent solutions to conflict can and do at times help to prevent or end wars.  It could be said they engage in prevention, creating life-saving but non-tangible results.  Unlike wars, they do not create the kind of visceral and emotional foundation on which war memorials are instinctively built.

A similar dynamic happens in healthcare where disease prevention (which saves many more lives) is poorly funded and often unrecognized, whereas medicine and surgery that have a tangible life-saving impact on people and their families is gratefully acknowledged and well-funded. 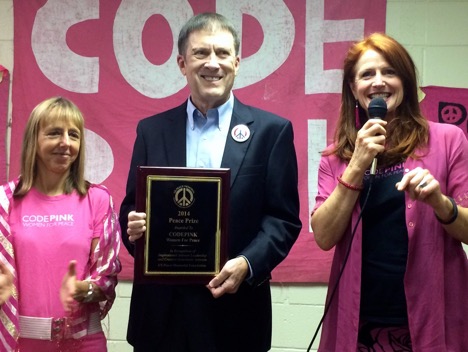 Fortunately, the horror and tragedy that mark war are not usually components of working for peace.  Yet like war, peace advocacy does include dedication to cause, bravery, serving honorably, and making personal sacrifices (such as being shunned and vilified, giving up selected benefits, putting oneself “on the line” in communities and in society, and even being arrested and jailed for antiwar actions.)  The honor that antiwar activists merit is long overdue.  So too is a healthy respect for the cause of peacemaking.

In a culture that funds and esteems war-making, the overdue respect for peacemaking must be taught and modeled.  A national monument to peacemakers can help do that.  It can change our cultural mindset so that it will no longer be acceptable to label those who speak out against a US war as un-American, antimilitary, traitorous, or unpatriotic.  Rather they will be recognized for their dedication to a noble cause.

The US Peace Memorial Foundation is providing education about living antiwar activists and thoughts about our nation’s long history of brave citizens and leaders who have actively opposed U.S. wars.  The memorial will help decrease the social barriers that Americans must overcome before they publicly oppose a war.  This is important, because active public opposition is a way to end US war and militarism.