Where Power Holders Get Power And How Movements Take It Away

Above photo: Resistance Is Beautiful protesters in Charlotte, NC. From itsgoingdown.org.

This week, we present the second class in the Popular Resistance School course, “How Social Transformation Occurs.” The second class takes a more in-depth look at the power holders – what they need to exist and how social movements can weaken their power. We also discuss the characteristics of successful social movements, Grand Strategy, when to negotiate (or not) and violence versus nonviolence.

Power holders do not operate in a vacuum, they rely on various factors and pillars to maintain their power. Factors include authority, human and material resources, popular beliefs and the ability to punish those who disobey.

Each of these factors are opportunities for resistance. A good example of how this is done is the #AbolishICE (Immigration and Customs Enforcement) movement to stop arrests, detentions, and deportations of immigrants. People can remove authority from power holders by refusing to obey, as sanctuary cities are doing. People can withdraw human resources through slowdowns, walkouts or resigning, as this ICE spokesperson did. And they can block access to material resources, as Sacramento voted to do by canceling contracts between ICE and local jails and as Occupy ICE protesters have done across the country by literally shutting down ICE offices.

Those in power also rely on “pillars of power” – the many institutions that support them such as police and the military, media, civil servants, universities, faith groups, unions, non-governmental organizations, and more.

In the Beyond Extreme Energy (BXE) coalition’s campaign to end the use of fossil fuels and transition to clean renewable energy, they are focused on the Federal Energy Regulatory Commission (FERC) to stop it from rubberstamping oil and gas projects. The actions have been designed to cause division within FERC in part by educating FERC employees about the impact of their work. During BXE protests outside the FERC, people from communities that are directly impacted by FERC-approved pipelines, compressor stations and export terminals speak out about the effects on them. For example, after FERC allowed a gas company to cut down trees on a maple farm before the pipeline was fully permitted, which was done as federal marshals with rifles kept the family and supporters at bay, BXE held an action in front of FERC where they cooked pancakes on a solar-powered griddle and offered the last bottles of maple syrup from the farm to the commissioners. BXE activists also regularly hand out flyers to educate employees and recently they sent a video through email from a former FERC employee to all the current FERC employees telling them how FERC abuses eminent domain to benefit oil and gas companies.

When the factors and institutions that hold up the power structure are understood, they provide many points of intervention for weakening the power holders and strengthening the social movement. This is the Grand Strategy of all successful social movements:

Once an analysis is done of what pillars support the status quo, then a strategy of bringing them to support the movement’s goals can be developed with tactics designed for each pillar. The goal is to create division within the pillar that causes its support to start crumbling and pulls people from those pillars to the movement. The movement grows stronger while the power structure becomes weaker.

The Grand Strategy is also accomplished by changing the political culture so that policies and practices that were once tolerated are viewed as no longer being acceptable. Racism, colonialism, and patriarchy have existed for centuries, but current movements such as the Movement for Black Lives, Idle No More and the Me Too movement are changing the popular understanding of the ways they exist in our society and are eroding popular support for systems that maintain them.

Large numbers of people are turning out to protest racism, colonialism, and patriarchy. This week, massive demonstrations took place in the United Kingdom to protest President Trump, who blatantly embodies all three. As we wrote two weeks ago, it is important for activists to recognize that these oppressive systems have existed for a long time and, while it is easy to blame President Trump, both Democrats and Republicans are responsible and must be held accountable. 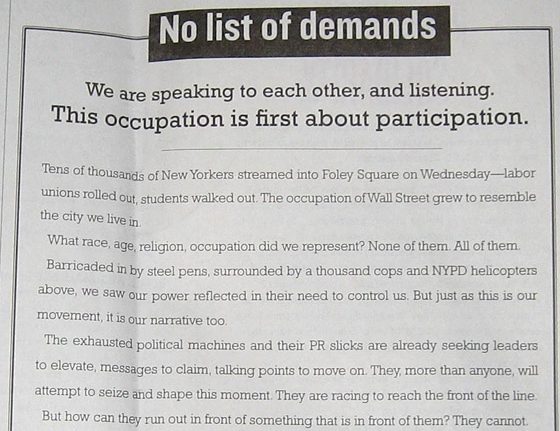 All negotiations are power struggles and can only be fair if there is relatively even power. We discuss how negotiations can be used by power holders early in a movement’s efforts to build power as a way to undermine the movement and take it off track. We also discuss when to compromise, remembering that some things are negotiable, such as wages, and some things are not, such as violations of human rights and people’s ability to live.

When we were organizing the Occupation of Washington, DC at Freedom Plaza, we had long discussions about what our demand should be. Various ideas were discussed on the economy, environment, racism and war. In the end we realized we had not built enough power to make demands. It was too soon for a movement that was just beginning to enter into negotiations over demands with the power structure.

One example of entering into a process from a position of weakness was the Affordable Care Act (ACA). During the health reform process nine years ago, although there was broad public support for a single payer healthcare system and supermajority support by Democratic Party voters, Democratic Party-aligned groups chose to put the interests of President Barack Obama and Democratic Party donors before the needs of people by supporting the ACA instead of pushing for a single payer system. They used large donations to pull opportunistic groups willing to compromise to support the ACA. They used the “public option” to confuse activists into thinking it would be an incremental step towards single payer and not pushing for single payer. The end result was a bill that gives hundreds of billions of dollars to private insurance companies each year while they continue to raise premiums, out-of-pocket costs and restrict where people can receive health care. Tens of millions of people are still without insurance and tens of millions more have insurance but still can’t afford care.

As the failures of the ACA become more evident, public support for single payer health care, often called National Improved Medicare for All, is growing and Democrats are moving towards supporting it, at least as a concept. This is a critical time to be clear about what we want because Democrats in Congress are pushing lesser policies, such as a buy-in to Medicare, and the gold standard legislation, HR 676: “The Expanded and Improved Medicare for All Act,” is being rewritten and will likely be weakened to be more similar to the inferior Senate bill written by Senator Sanders.

We will have to work to protect the integrity of HR 676 so that when single payer legislation starts to move through Congress, it starts from a position of strength. You can learn more about this and what to do about it at the Health Over Profit for Everyone (HOPE) campaign. Sign up for the newsletter and the national calls.

This is a huge and often controversial topic that can be very divisive. There are wide variations in what is considered violent and nonviolent. We need to break out of the violence vs. nonviolence paradigm and ask what is effective? It boils down to not whether a tactic is considered to be violent or nonviolent but whether that tactic serves the Grand Strategy of building and strengthening the movement. Does it increase or decrease participation? Does it build or erode public support? Does it utilize the strengths of the movement or take advantage of the opponent’s weakness? These are the critical questions to consider when deciding on tactics.

When police react to strategic nonviolent actions with violence, they lose public support and create divisions within their own ranks. This has been seen in multiple movements including the Civil Rights Movement, anti-war movements, Occupy and Black Lives Matter, among others. The mirror image is when a movement uses violence, it loses public support and unites the power structure and the public against them. This was seen with the Weather Underground’s tactics of bombing banks. 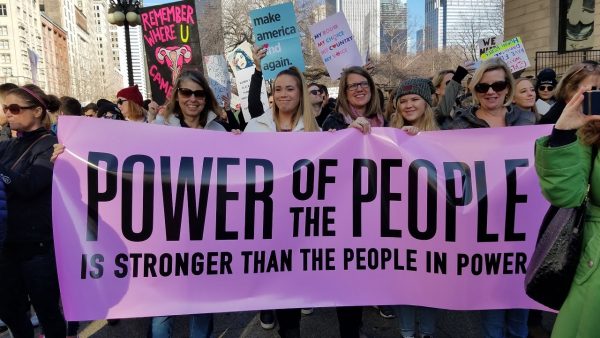 We hope that you will watch the video lecture of the second class and share and discuss it in your community. This is an important time for as many people as possible to understand how social movements succeed and how to be effective in this era when there is a great potential for transformative changes.

We also want to let you know about a few upcoming events:

July 16 kicks off two weeks of nationwide actions against oil and gas infrastructure, #RiseTogether. There is still time to plan a solidarity action in your community. Learn more here.

On July 19, the new Classrooms not Computers campaign to protect public education and prevent data mining of children for corporate profit will host its first national call. Morna McDermott, the national coordinator of the campaign, and Alison McDowell, an expert on this issue, will describe how education corporations are pushing computer-based learning on students and data-mining while crowding out classroom-based instruction. Find more information and register here.

On November 10 and 11, we are organizing mass protests against President Trump’s military parade. A national coalition is working together to create a weekend of actions to oppose the glorification of war, the waste of public dollars on war in a time of great human need and militarization at home. Learn more at NoTrumpMilitaryParade.us.

And finally, Kevin Zeese and Nils McCune provide a detailed account of what is happening in Nicaragua. Read it here. And look for our Clearing the FOG podcast where we interview Stephen Sefton of Tortilla con Sal about who is behind the protests in Nicaragua and why.