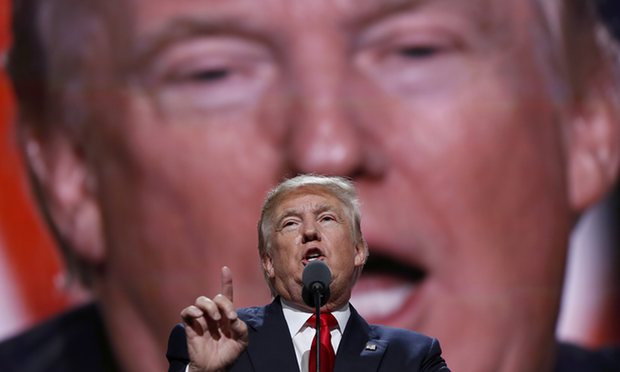 Where’s The Best Place To Resist Trump? At work.

From solidarity strikes to slowdowns and sit-ins, workplace revolt is a key strategy in opposing the new administration.

There has been an explosion of direct political action and protest since the election. Groups such as Planned Parenthood and the ACLU have experienced a “deluge” of donations. Initiatives such as the Indivisible Guide (2,520 local groups) and Swing Left (shared 217,000 times on Facebook) have sought to give shape to people’s outrage and help them deal effectively with their elected representatives. The Women’s March in D.C. and in cities across the country brought millions into the streets to declare support for an unabashedly feminist — and progressive — agenda and to oppose President Trump’s attacks on women’s rights, immigrants, the environment, the Affordable Care Act and more. These actions are indispensable, and may form the seeds of a new movement, but people should not ignore one of the most powerful means of resistance and protest that they have: their roles as workers.

Though often overlooked in America, the workplace can be as much a focal point of resistance and protest as the streets, the ballot box or the halls of Congress. Our standard workplace regime of at-will employment — where one can be fired for good cause, bad cause or no cause — combined with weak baseline workplace rights leaves many vulnerable at the workplace. But since jobs and trade were the policy centerpieces of his campaign, Trump has brought the fight to the workplace, and workers need to respond in kind.

Workplace resistance can take many forms. The most obvious one could come from within the federal government itself. Just after last weekend’s protests, for example, career Foreign Service officers and diplomats began drafting a dissent memo against Trump’s executive order on refugees, in a “major bureaucratic uprising” against the president. Writing for Politico about Trump’s attack on federal employees, Nancy Cook and Andrew Restuccia explained that “disgruntled employees can leak information to Capitol Hill and the press, and prod inspectors general to probe political appointees. They can also use the tools of bureaucracy to slow or sandbag policy proposals — moves that can overtly, or passive aggressively, unravel a White House’s best-laid plans.”

But members of the federal bureaucracy aren’t the only employees with the tools to resist Trump from their workplaces. Workers of all kinds can use these slowdown strategies to great effect. In an article for the Nation titled “Throw Sand in the Gears of Everything,” Frances Fox Piven called for strategies of disruption and described how the “repercussions of such mass refusals can be far-reaching, simply because social life depends on systems of intricate cooperation. So does our system of governance.” Slowdowns and “work-to-rule” campaigns can sap the productivity of employers pushing anti-worker (and anti-social) policies. In the 1970s, two years after a strike that won female workers’ wage parity, the workers in the Ford plant in Dagenham, England, introduced a successful slowdown in response to management repeatedly speeding up production. Plant occupations and sit-down strikes have also helped workers fight back against major financial institutions. In 2008, 200 workers at Republic Windows and Doors in Chicago engaged in a sit-down strike that brought the Bank of America and JPMorgan Chase to the table and kept the plant open.

Though such workplace protest doesn’t occur often in America, the country does have a long tradition of such actions fueling social movements. After the black-owned Chicago Defender was banned from mail distribution in several Southern states, black members of the Brotherhood of Sleeping Car Porters union smuggled the newspapers through work over the railways. Initially shut out from the country’s largest labor federation, the AFL, the predominantly black union became a powerhouse of civil rights organizing. Within 15 years, the union’s pioneering leader, A. Philip Randolph, had bargained a nationwide contract and persuaded FDR to sign the executive order that banned racial discrimination in defense industries. Later on, Randolph headed the 1963 March on Washington, where Martin Luther King Jr. delivered his “I Have A Dream” speech.

Unorganized workers, too, can reclaim the workplace as a site of political resistance by starting discussions with co-workers on the effect of Trump’s actions on their employment conditions or communities. Individual employees can also leverage relationships with sympathetic managers and companies to encourage them to take public stands to influence local or national stakeholders who might have the prominence to place pressure on Trump and his administration.

And workers should be especially vigilant when it comes to Trump’s administration. Trump has promised to roll back regulations and block new ones, many of which provide essential health and safety protections for workers. Under President Barack Obama, new respirable coal dust rules and increased enforcement led to 2016 being “the safest year in mining history.” Similarly, a new National Employment Law Project report comparing 2006-2008 of the Bush years with 2013-2015 of the Obama years found that 1,000 fewer workers died per year largely because of new OSHA regulations in areas such as those concerning excavation, blood-handling and grain-handling. In addition to the promise to reduce regulations, Trump and his Cabinet appointees have come out against Obama’s overtime rule that would have raised wages for 4 million Americans, as well as any state or local attempts to raise the minimum wage. Trump has said that his “position on right-to-work is one-hundred percent,” meaning that he supports allowing free-riders to enjoy the benefits of a union without having to pay for the costs of representation.

Trump’s assault on workers just makes the act of workplace resistance that much more appropriate, and that much more vital. Such actions pressuring the Trump administration will be crucial to holding it accountable by keeping its empty promises to workers in the news. They will also provide the collective action needed to oppose the implementation of some of Trump’s most dangerous plans. And yet ultimately, effective resistance will require more than sporadic actions. It will require the kind of sustained, repeated and strategic type of organizing that the labor movement has specialized in for decades.

Moshe Marvit is a labor and employment lawyer and a fellow at the Century Foundation. He is the co-author of “Why Labor Organizing Should be a Civil Right.”
Leo Gertner is a labor lawyer in Washington, D.C. who previously worked as a grievance representative for janitors in Boston.